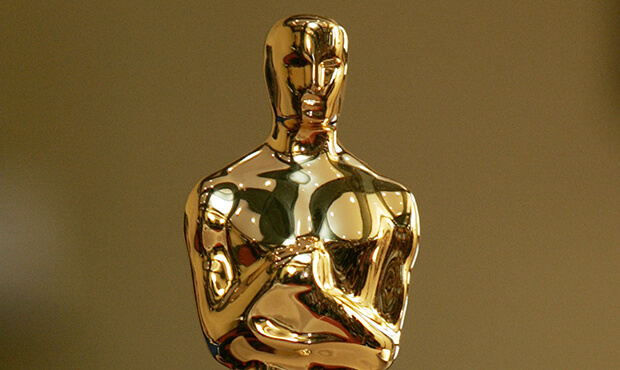 The 86th Academy Awards will air on ABC this Sunday, March 2, once again putting the red carpet, celebrities and the best of filmmaking in the spotlight. Oscar-worthy movies have long been an inspiration for the arrangers and designers of drum corps. We take a look back at some of the corps who have worked the music and themes of past Best Picture winners into their performances. 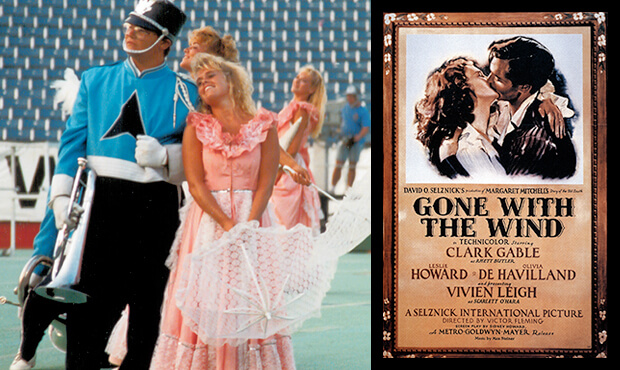 1990 Spirit of Atlanta
Besting a field of nominees as noteworthy as the "Wizard of Oz," "Mr. Smith Goes to Washington" and "Of Mice and Men," "Gone With the Wind" took the 1939 Best Picture Academy Award. At home with the film's southern setting, Spirit of Atlanta opened its 1990 production with the sweeping "Tara's Theme" by the Austrian-born American composer Max Steiner. 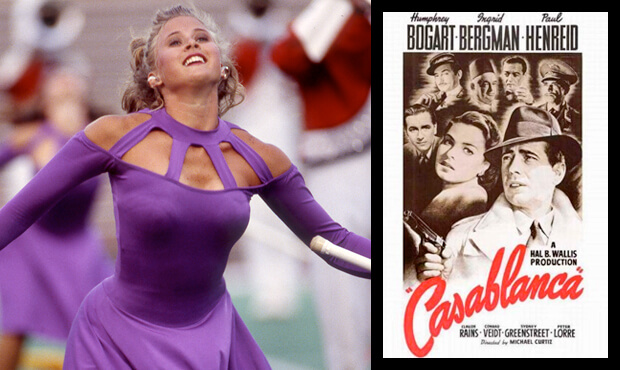 1994 Colts
A widespread musical theme in the 1943 Best Picture winner, Ingrid Bergman delivers her famous line, "Play it once Sam … Play it for old time's sake," as Dooley Wilson begins to plunk out the notes to "As Time Goes By." In just their second year as a DCI World Championship Finalist, the Colts incorporated the well-known tune into their "Relations and Romance" production. 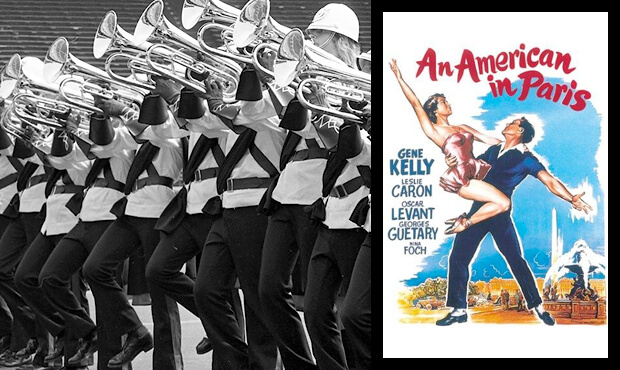 1975 Phantom Regiment
George Gershwin wrote the musical score to "An American in Paris" more than 20 years before it inspired the Oscar-winning film of the same name. The perfect soundtrack to accompany the faultless footwork of Gene Kelly, Phantom Regiment worked the music into its 1975 and 1976 productions. 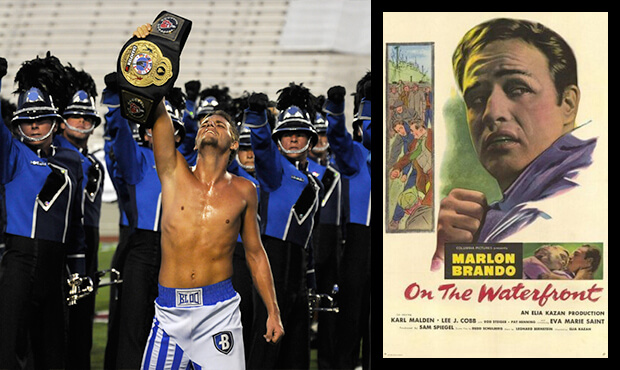 2008 Bluecoats
Playing an ex-prizefighter in a battle against corruption, Marlon Brando won the Academy Award for Best Actor in 1954 in addition to "On the Waterfront" winning Best Picture. Bluecoats utilized the film's soundtrack composed by Leonard Bernstein to open their 2008 boxing-themed production, "The Knockout." 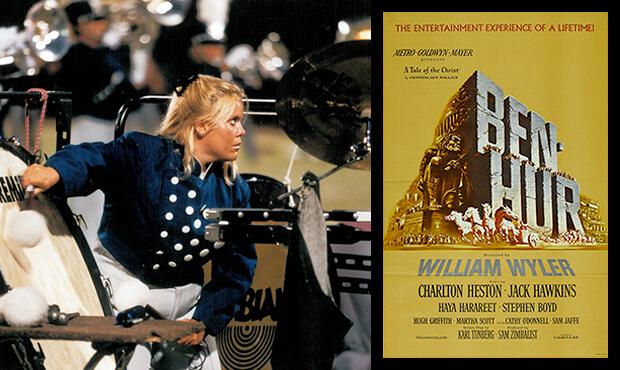 1997 Blue Knights
The William Wyler epic, "Ben-Hur," set records in 1959, winning Best Picture and 10 other Oscars, unmatched until more than 35 years later when "Titanic" equaled the feat. While the Blue Knights chose to forgo a recreation of "Ben-Hur's" unforgettable chariot race in their 1997 production, the corps built its show upon selections from the film's musical score penned by the Hungarian-born composer Miklós Rózsa. 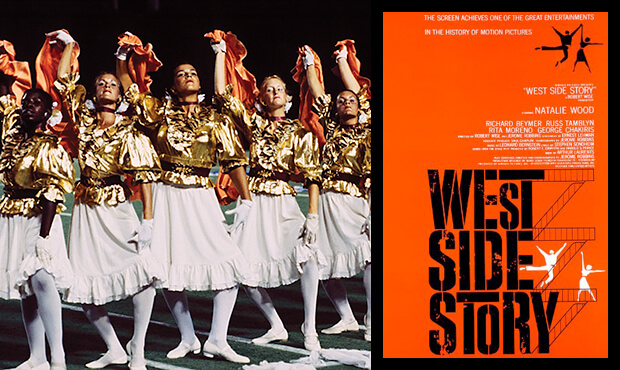 1984 Garfield Cadets
Based on the 1957 Broadway musical, "West Side Story" took Best Picture honors at the 1961 Academy Awards along with a slew of other awards. The Leonard Bernstein musical score is perhaps the most performed in the history of drum corps, with more than 50 instances of it in various corps' repertoires since DCI's founding in 1972. After winning the 1984 DCI World Championship with a "West Side Story"-themed production, the Cadets went back to the music in 1994 and again in 2009. 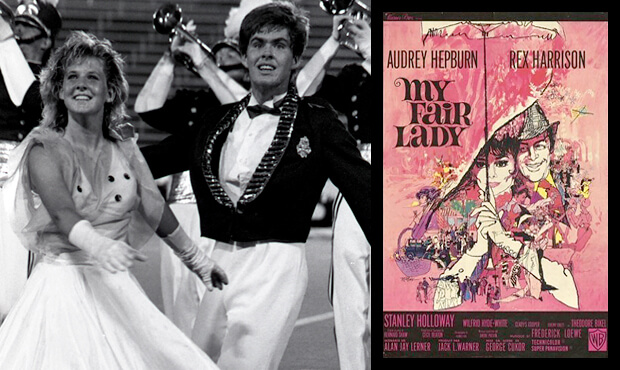 1987 Suncoast Sound
Another stage musical turned movie, "My Fair Lady" was good enough to win Best Picture in 1964 against other impressive nominees like "Mary Poppins" and "Zorba the Greek." In 1987, Suncoast Sound entertained audiences with "My Fair Lady…Our Way!," capturing the quirky relationship of Eliza Doolittle and Professor Henry Higgins on the drum corps stage. 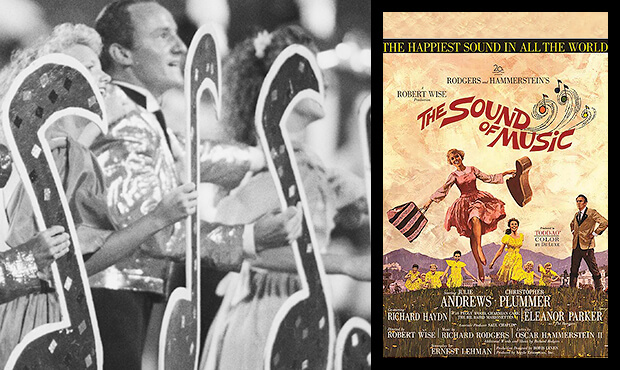 1988 Sky Ryders
The 1960s marked the decade of musicals at the Academy Awards, with a string of Best Picture wins from "West Side Story" to "Oliver." 1965 saw another musical at the forefront with Julie Andrews and Christopher Plummer starring in "The Sound of Music." The Sky Ryders brought the Rodgers and Hammerstein music into stadiums across the country in 1988, leaving plenty of earworms with audience members via unforgettable tunes like "Do Re Mi" and "My Favorite Things." 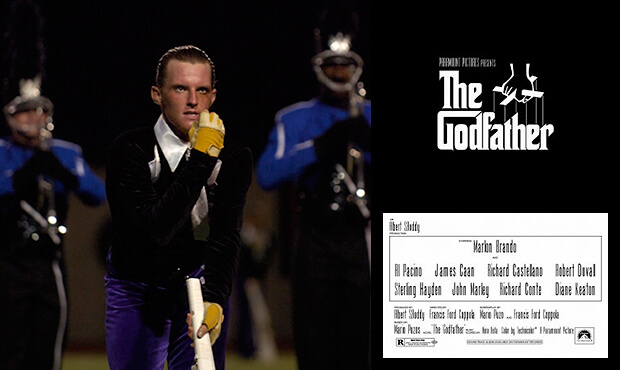 2006 Blue Devils
"The Godfather" won the Best Picture Oscar in 1972 and has since become a classic, currently ranked as number three on the American Film Institute's 100 greatest American movies. In 2006, the Blue Devils did a 180-degree turn from their peppy 2005 production "Dance Derby of the Century" presenting the brooding "Godfather, Part Blue." Opening the production with gunshots and color guard members costumed as gangsters, Blue Devils members worked up their best Marlon Brando impressions to make every audience they performed for an offer they couldn't refuse. 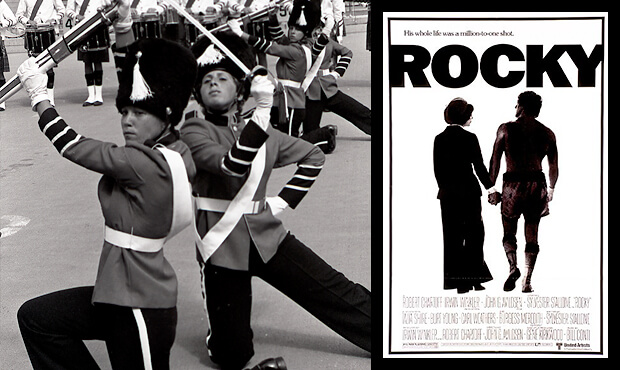 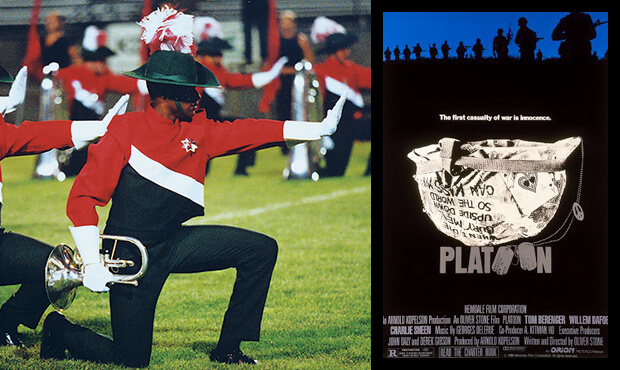 2000 Santa Clara Vanguard
Long before actor Charlie Sheen's veins were coursing with tiger blood, he starred in Oliver Stone's 1986 Best Picture-winning "Platoon." In the final gut-wrenching scene of the film, Samuel Barber's "Adagio for Strings" plays over a brutal depiction of wartime Vietnam. Though Santa Clara Vanguard's 2000 arrangement of the piece was based on "Agnus Dei," Barber's choral version of the piece, the performance came through just as haunting. 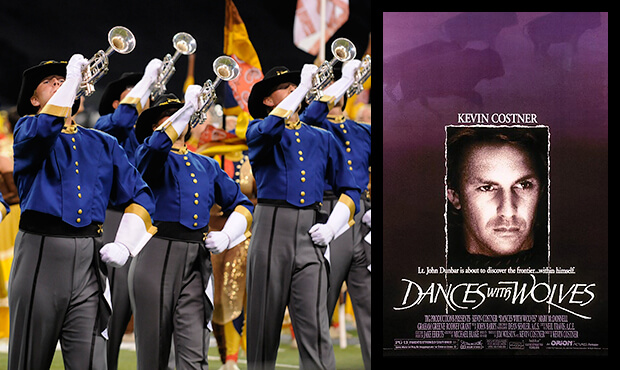 2013 Troopers
"Dances With Wolves" earned seven Academy Awards in 1990 including Best Picture and Best Director for Kevin Costner who also starred in the movie. Filmmakers used the Troopers' home state of Wyoming to shoot some of the action, which may have been inspiration for designers to work the original John Barry soundtrack into the corps' 1991 production. Troopers returned to the "Dances With Wolves" musical score in 2013, using "John Dunbar Theme" as part of their "Magnificent 11" show. 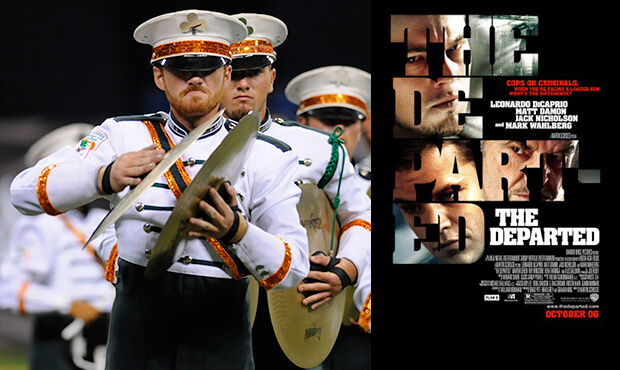 2012 Pioneer
Martin Scorsese's 2006 Oscar-winning "The Departed" brought together a star-studded cast that included Leonardo DiCaprio, Matt Damon, Jack Nicholson and Mark Wahlberg. The movie helped to accelerate the notoriety of the Celtic punk band Dropkick Murphys, whose hit "I'm Shipping up to Boston" was included as part of the soundtrack. Celtic to the core, Pioneer took the opportunity to work the hard-rocking tune into its 2012 production, "Irish Immigrants." 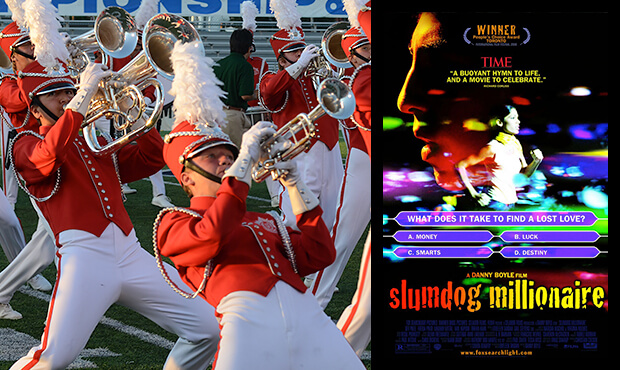 2011 Music City
A sleeper hit in 2008, Slumdog Millionaire received 10 nominations and ultimately won eight Academy Awards including Best Picture. "Jai Ho," a catchy tune written specifically for the film played over the end credits. It was accompanied by a dance that many would imitate, causing the song and dance to spread virally over YouTube. Music City brought "Jai Ho" to the drum corps stage in 2011, including it as part of the corps' non-stop production, "Let's Dance." (Oscar) Joe Seer / Shutterstock.com