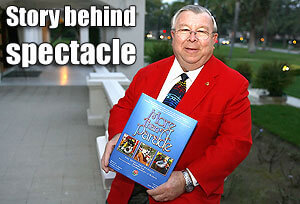 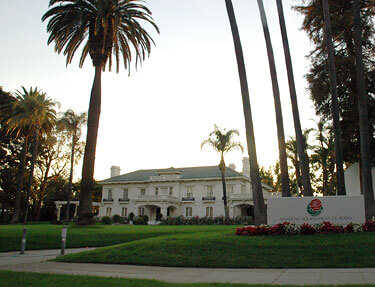 The PLOC meets approximately every two months at the Tournament House, headquarters of the Pasadena Tournament of Roses Association.
The PLOC is made up of more than 20 members including Tournament of Roses volunteers and officials; Pasadena city officials; staff members of the Pasadena Convention & Visitors Bureau, Rose Bowl Stadium and Pasadena City College; and Pacific Crest Drum and Bugle Corps staff and volunteers. Riffey selected members of the LOC based on their backgrounds in the TOR or business community. Those on the committee from the TOR all are 25-year veterans of putting on the parade including two past presidents of the TOR and one who is slated to be president in 2013. "The people from the Rose Bowl staff are used to putting on big events all of the time," said Riffey in an interview with DCI.org. "I have the cream of the crop on this committee and with the help of Drum Corps International; we should have no problem putting on a class event. It is the only way we know how to operate."

Read about Riffey's new book on www.pasadenastarnews.com. In addition to having royalties from the book distributed to TOR Foundation charities, the article says the book will be made available for future Rose Parade marching bands to sell as a fundraiser to pay for their trips to Pasadena.

Riffey was interviewed this August by DCI.org about bringing the 2007 DCI World Championships to Pasadena. Read that interview.