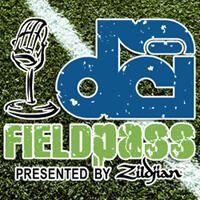 As the entire drum corps community looks ahead to the New Year and the summer of 2009, this week, Drum Corps International recaps some of the highlights of 2008, today with the most listened to episodes of DCI's popular Field Pass podcast. It was another banner year for the Field Pass, which was once again hosted and produced daily by longtime Drum Corps International announcer and broadcast journalist Dan Potter. During the summer months, loyal listeners helped the Field Pass climb as high as eighth in the most downloaded music podcast rankings on iTunes, while Potter gave those drum corps fans an inside look at the people, performances and competition that made 2008 DCI Summer Tour so exciting. Among the 82 total Field Pass episodes in 2008, these five topped the charts: 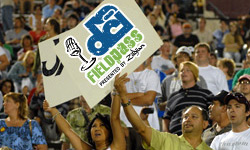 1. Your season-capping Field Pass Aug. 15, 2008: What was it like on the field when the scores were announced at the World and Open Class World Championship Finals last weekend in Bloomington? Hear all of the reaction from members and instructors of Phantom Regiment and the Vanguard Cadets. Listen to this Field Pass episode. 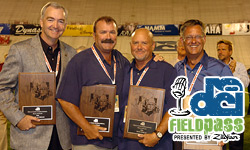 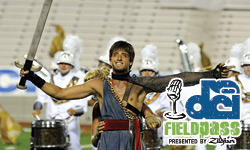 3. 'Spartacus' then and now June 25, 2008: Phantom Regiment's 2008 version of "Spartacus" is a departure from the way the corps originally staged Aram Khachaturian's ballet in the early 1980s. Dan Potter has more on the "Spartacus" then-and-now in today's Field Pass presented by Zildjian. Listen to this Field Pass episode. 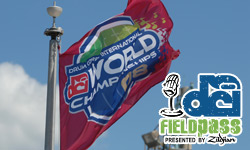 4. World Championships kick off in Bloomington Aug. 7, 2008: From the stadium concourse, to the field, to the television truck broadcasting "Big, Loud & Live 5" into more than 340 theaters across the country; Dan Potter gets around all the action at Thursday's World Class Quarterfinals from Memorial Stadium in Bloomington, Ind. All this, a look back at Wednesday's Individual & Ensemble competition, a visit to the Jersey Surf rehearsal site, and much more in today's Field Pass presented by Zildjian. Listen to this Field Pass episode. 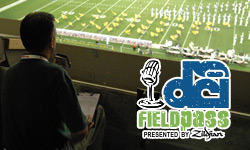 5. DCI judging no holds barred As competition heated up in Memorial Stadium during the World Championship Semifinals events on Friday, Dan Potter sat down with DCI Judge Administrator John Phillips for a frank discussion on three buzz words sometimes associated with judging: slotting, politics and bias. Listen to this Field Pass episode.