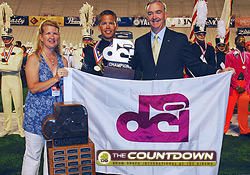 Those who attended Drum Corps International's spring cinema event "The Countdown" on Wednesday, May 13, had the opportunity to surf back to DCI.org following the in-theater event to play judge, ranking and rating each of the six featured corps performances in general effect, visual, brass percussion and color guard captions.

All fan scoring sheets have been tabulated, and the 2009 Countdown Champion is the 2008 Phantom Regiment! With a score of 91.21, the Rockford corps bested their fellow Illinois rivals the 2004 Cavaliers (87.33) by nearly four points, while also marching away with caption honors for general effect, brass, percussion and color guard.

Check out the complete recap below: 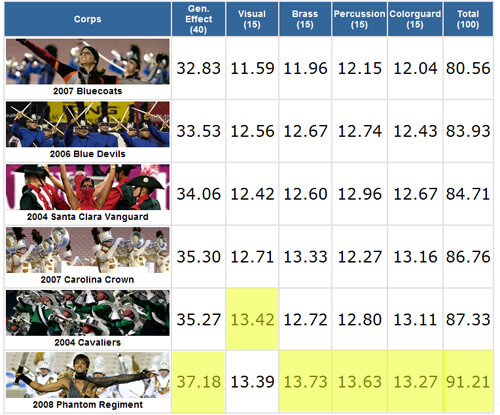 Don't forget! It's BIG... It's LOUD... and It's LIVE on the big screen this August as the world's most elite and exclusive marching music ensembles return to the big screen for a sixth triumphant year! A presentation of National CineMedia's Fathom Events, the 2009 Drum Corps International World Championship Quarterfinals will be shown for only one-night on Thursday, Aug. 6. Stay tuned to DCI.org in the coming months for more.