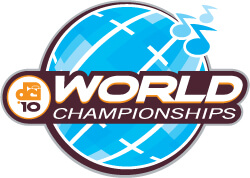 It was a week-long celebration of the very best in marching music featuring exceptional performances and competitive excitement that will leave lasting memories in the minds of corps members and fans alike.

From the Open Class kickoff in Michigan City, Ind., until the last note sounded off in Indy's Lucas Oil Stadium, DCI.org was on the scene reporting on events as they happened. Take a look back at this compilation of headlines and recap what you may have missed along the way.

Field Pass: I wish I may, I wish I might, see Star again this Friday night

Field Pass: What's going on at the World Championships?

DCI fans at Lucas Oil Stadium get wired into the action

17 remain following WC Quarterfinals after some shakeups and surprises