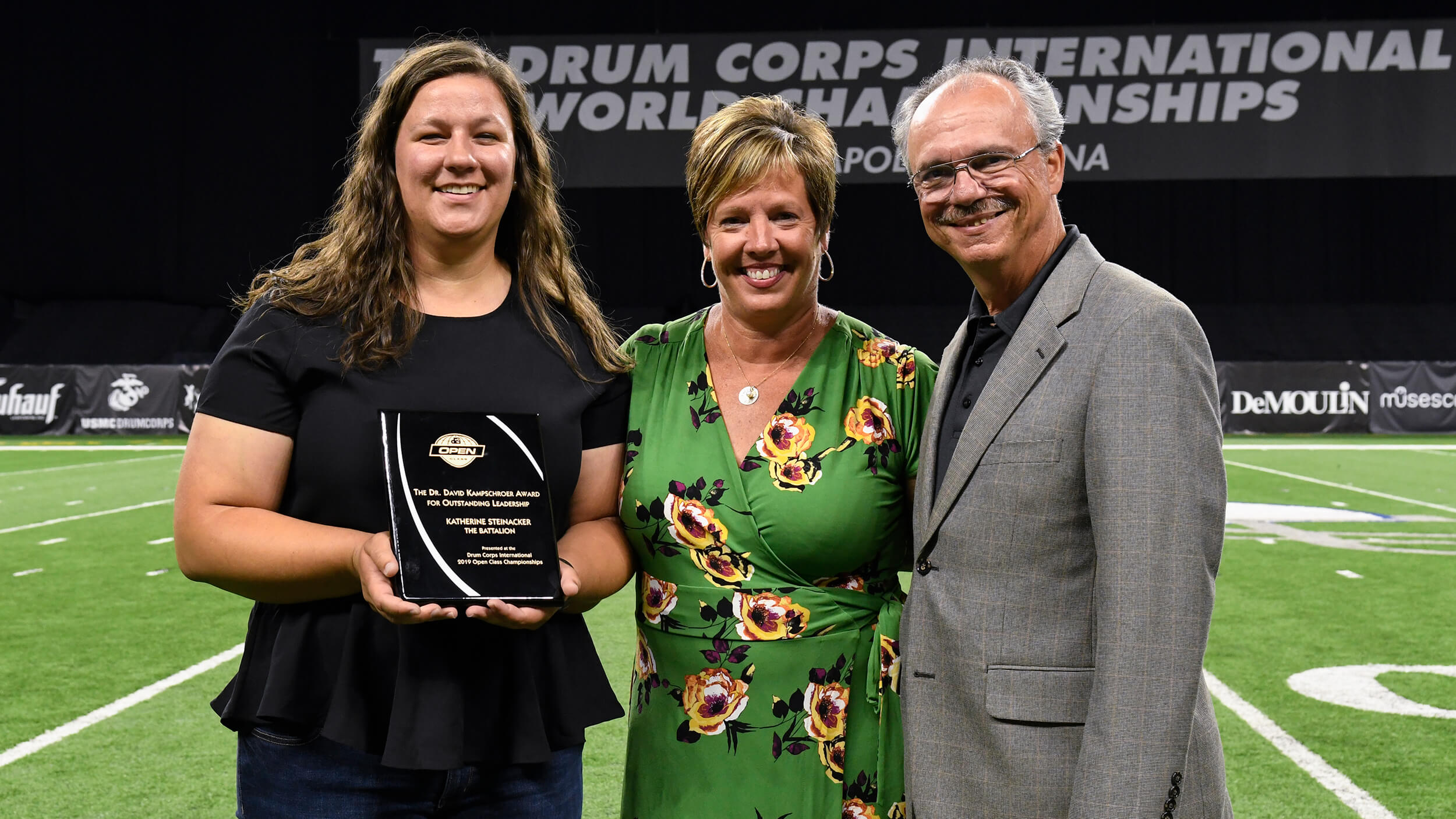 Every year at the DCI World Championships, one corps director from each of the World and Open Class levels is honored for exceptional leadership qualities presented throughout the season.

Based on votes submitted by fellow corps directors, the 2019 Director of the Year honors were presented to The Battalion’s Katherine Steinecker and Blue Stars’ Brad Furlano.

The 2019 recipient of the Dr. David Kampschroer Leadership Award, Steinacker has been around The Battalion since its inception in 2016, serving as volunteer coordinator and tour manager in each of the corps’ first two seasons. 2019 was her second year at the helm of the Salt Lake City, Utah corps, and the summer wasn’t lacking for milestones.

This season marked year four for The Battalion, and continued the corps’ rapid organizational and competitive improvement. For the second year in a row, The Battalion embarked on an extended version of the regional tour schedule it followed in 2016 and 2017, featuring appearances in California and beyond into the latter portion of July.

“I feel very humbled to be chosen, I wasn’t expecting it,” Steinacker said. “I’m just grateful for the growth that we’ve experienced this season. There are tons of directors out here who could have earned this award, and I just feel very honored and humbled that I would be chosen.”

Before all was said and done in 2019, The Battalion once again shattered its all-time best score, cracking 70 points for the first time in its existence.

“We just have had success all across the board,” she added. “From staffing to design to great membership, everything just kind of came together at the right time and we were able to really work together to create the product that we did.” 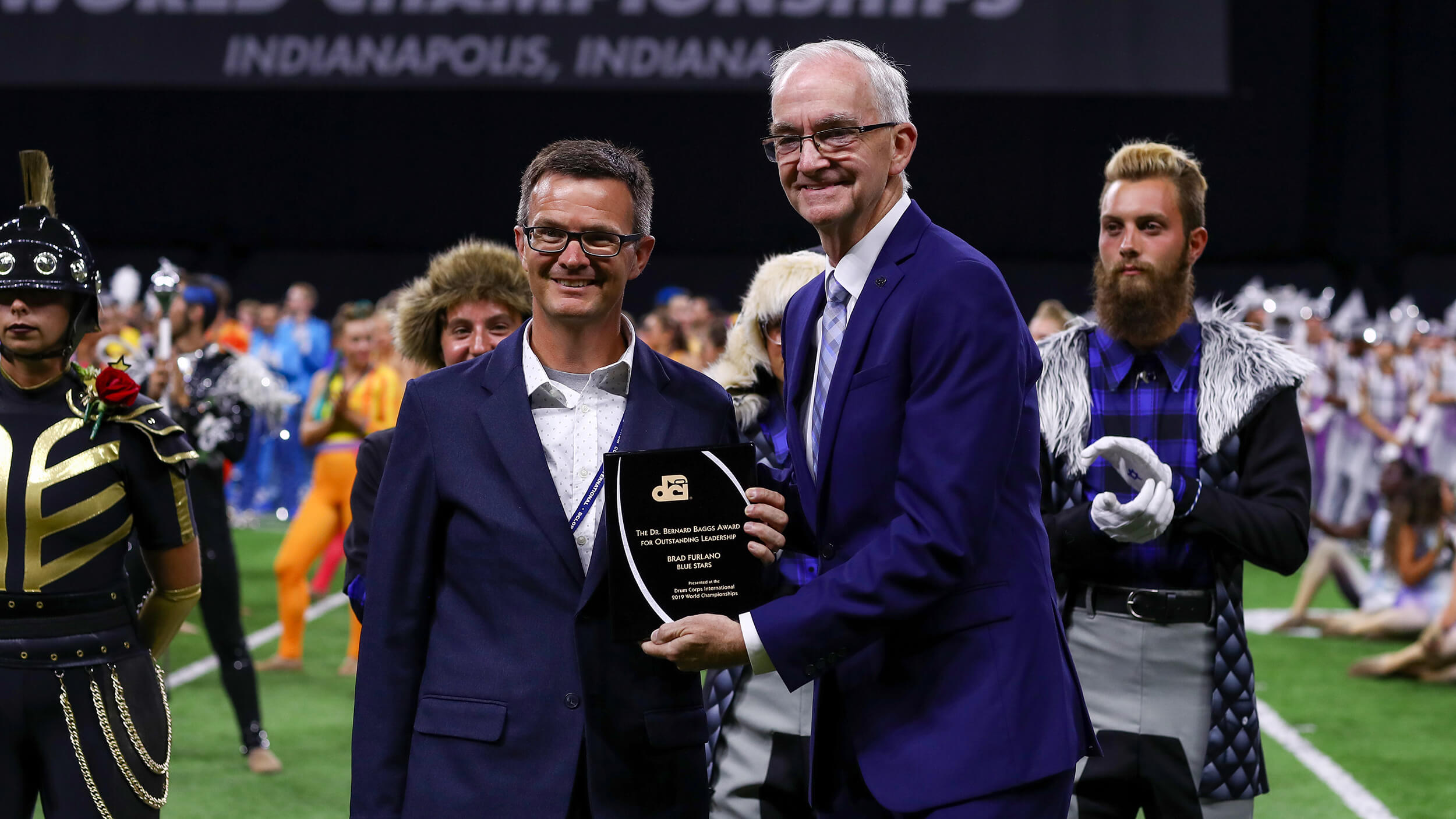 Furlano has been involved with the Blue Stars organization for the majority of his lifetime, having originally marched 12 seasons with the corps between 1982 and 1993. As 2019’s Dr. Bernard Baggs Leadership Award winner, Furlano has held various staff positions along the way to becoming Blue Stars’ executive director in 2006, a role he has held ever since.

Under Furlano’s leadership, the corps has notched back-to-back eighth-place finishes, matching the Blue Stars’ best placement in the last 40 years, achieved two other times in that span prior to 2018.

“I’m very flattered,” Furlano said. “It’s an honor that my peers thought enough of me to award it to me. It’s a really great group of people to work with and I’m just proud and happy to be part of the overall DCI director team and all the good work that we do.” 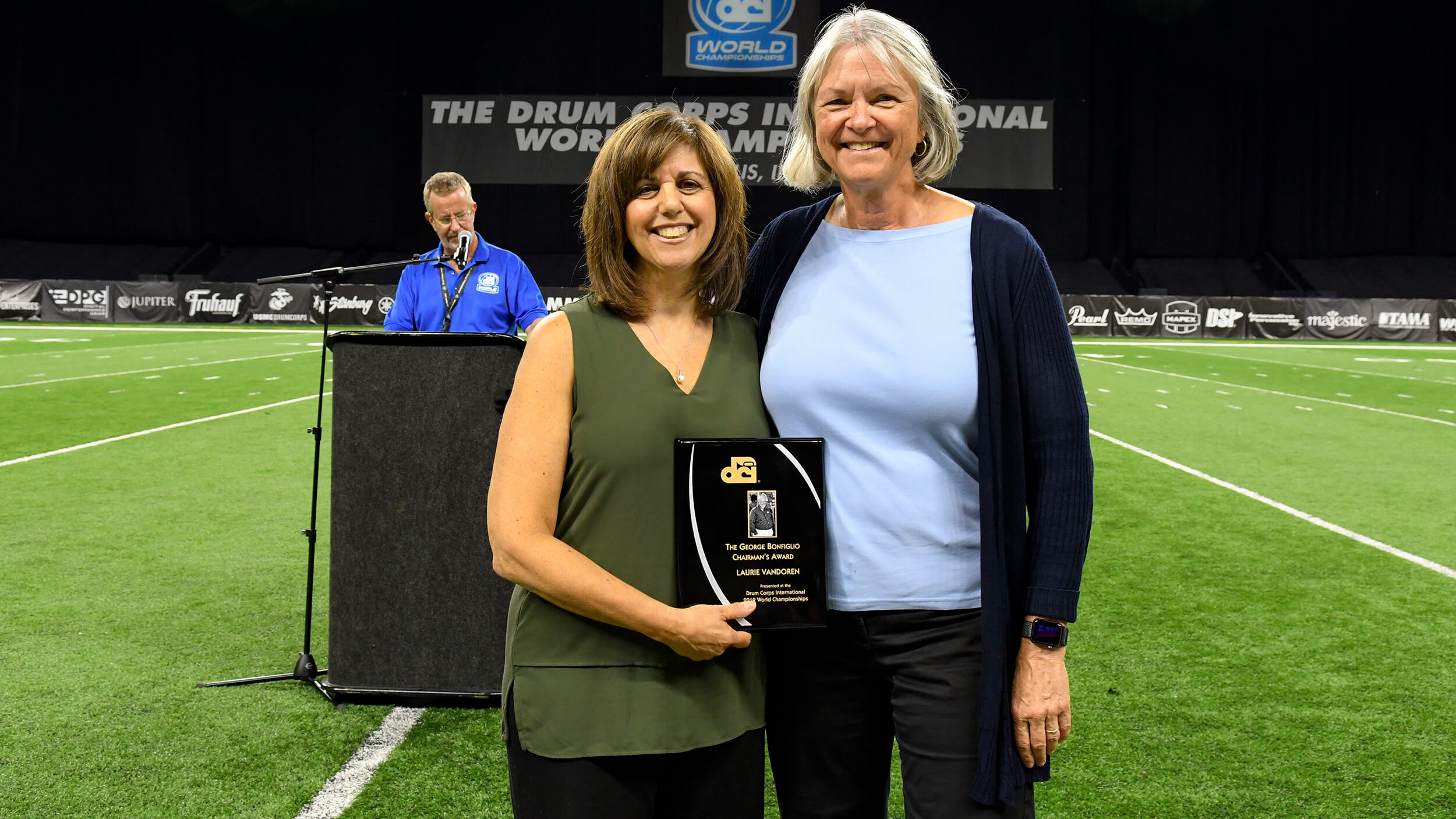 Also presented at season’s end each year is the George Bonfiglio Chairperson’s Award.

The honor, named for the founder and longtime director of the 27th Lancers, is given to a person who has demonstrated extraordinary leadership, service and effort on behalf of Drum Corps International.

DCI board of directors chair Kathy Black presented the 2019 iteration of the award at this year’s DCI World Championships to Laurie VanDoren, the chair of DCI’s Marching Music Health, Wellness and Safety Project (MMHWSP). In the position VanDoren has helped grow the MMHWSP into a national network of medical professionals who are focused on the overall well-being of DCI's performing corps members.