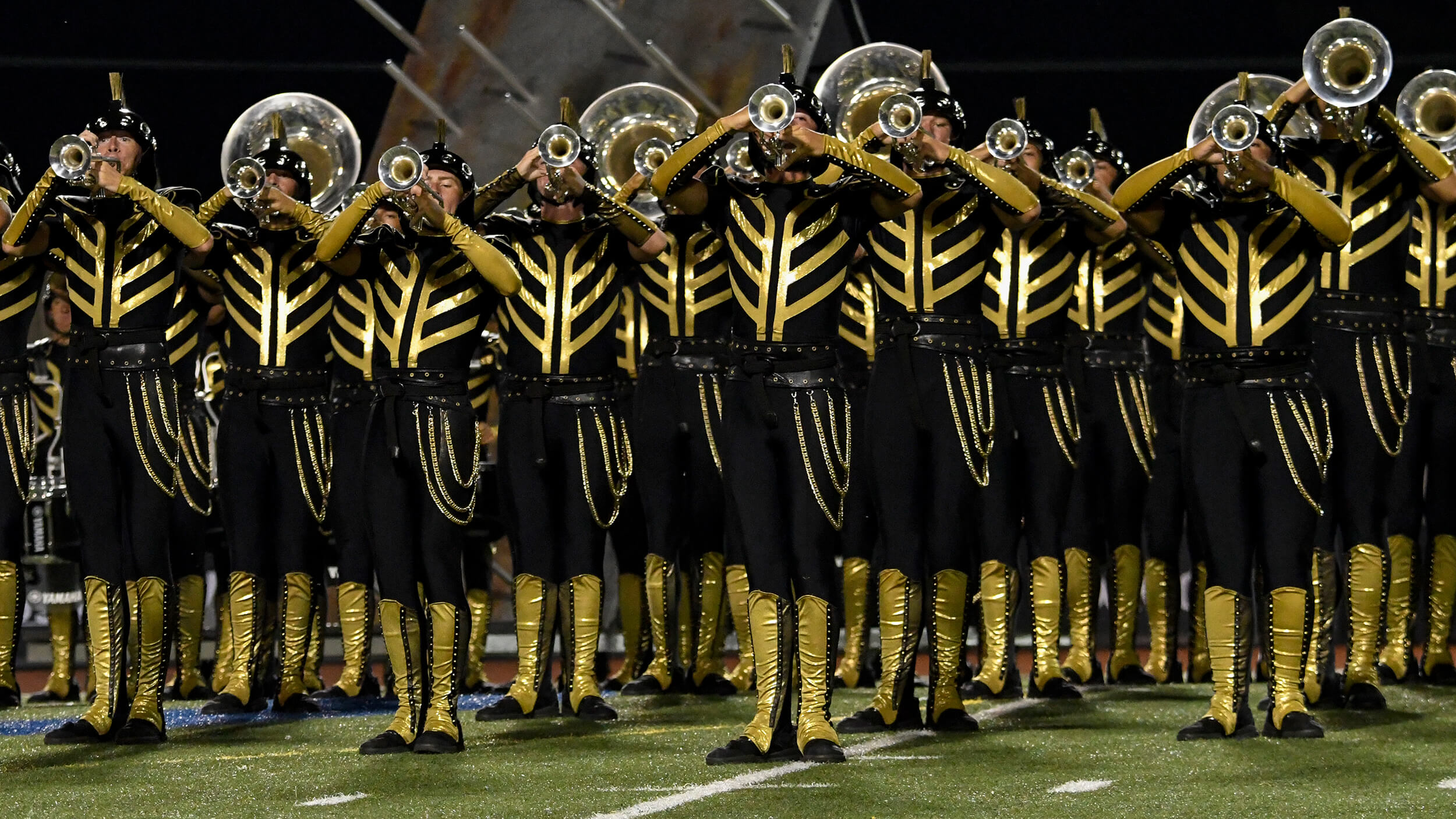 During the DCI Annual Meetings in Indianapolis as part of an extended interview about ongoing prop safety discussions and protocols, the DCI News Network's Dan Potter also had the chance to talk to Boston Crusaders COO Chris Holland about the 2020 outlook for the New England corps.

DAN POTTER: Boston Crusaders have had such momentum the last few years, climbing and climbing. Do you feel that momentum? Does the membership feel it? And do you have goals of winning in 2020?

CHRIS HOLLAND: Everyone wants to win. We've never won. I think you have to say it and you have to believe it. So, sure, why not? Why not us?

But I'll also take a step back and say, when we talk about the momentum and what we've been able to do over the past three years now. When you're in the conversation with these groups, you're doing the right thing, and we're gaining traction competitively. But we're in such lofty company, you know what we're doing is the right thing, but it's hard to win.

These groups, they don't resign from those spots. You literally have to go up and you have to create that show, the kids have to deliver, you have to have the talent, you have to have the off-the-field structure to travel, to rehearse, perform, and eat, and be well medically at the highest level, and I do think that's one of the things where I'm putting my emphasis. How do I raise those areas? Because I think on the field we're knocking on the door. I think we're right there. In these other areas, let's continue to improve those because it is going to translate.

I'd love to win in 2020. I have 80 years of fanbase and alumni, and I think it'd be great for the activity, but it's tough. I'm not going to say no. Sure, you have to believe it ... I feel like when we came out in Detroit last year, and I watched everyone and everyone was really good ... and I said, you know what, in my opinion, right now, we're right in the mix. And we were in the mix for most of the summer. We had some really great nights and some exciting moments. Sure, I want to win. We'll leave it there.

POTTER: Off the field, for the corps' 80th anniversary, do you have some community events scheduled? How are the plans for the 80th shaping up?

HOLLAND: Yeah, we're going to do an 80th anniversary gala. Inspire Arts and Music's major fundraiser is Concert in the Park. We started this concept now six years ago, and this will be our seventh anniversary of it. And it's grown into a wonderful event where we play in the financial district in downtown Boston. It's our single biggest fundraiser organization-wide in the year, and the net is extremely high because we're not running a drum corps show, we don't have any of those costs associated with running a huge event.

We have a three-day series where Concert in the Park will be on Thursday, our 80th anniversary will be Friday night, and then Saturday we have a show at Boston College with a great lineup, so we're bringing in alumni that can come in Thursday through Sunday, maybe put some golf in there, do some reunion type of stuff. It's going to be special.