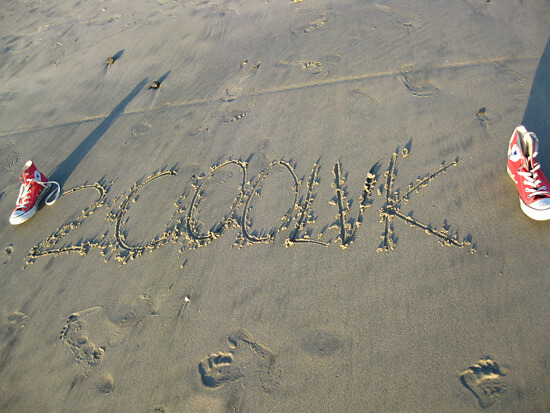 After Velvet Knights' 2009 season, a few of us met up in Fallbrook/Oceanside to catch up, have fun, reflect on the last season, and play around in the sand. Nick Nuss (soprano), Jeanette Pun (soprano) and me, Ashley Schmidt (mellophone), created this masterpiece representing the VK spirit next to the pier in Oceanside. And of course we also had to include our infamous red "Chucks" that we're so known for!