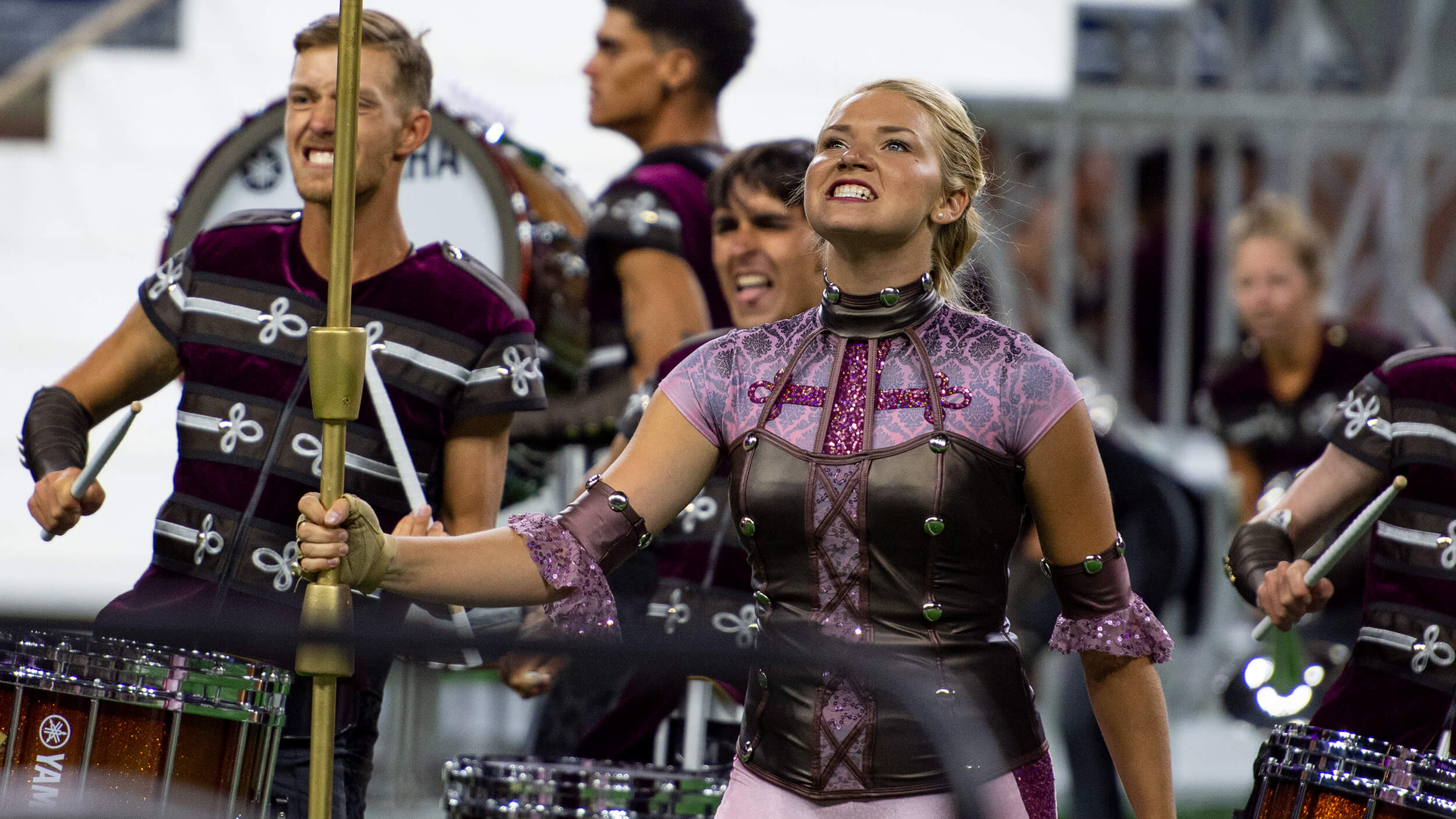 The Cadets artistic director had hardly taken a breath in eight minutes. She was, with clear excitement and an expectedly vast knowledge of the subject, describing The Cadets’ 2019 production, “Behold,” in incredible specifics. No detail was to be omitted.

Then she was tripped up. Asked what her favorite moment of the show is, a definite answer alluded her.

Inspiration behind The Cadets' 2019 uniform design

“Oh boy,” Aungst said. “You know why that’s such a hard question this year? Because it’s so diverse. Every single movement is so completely different from the last. I would say my overall favorite part of our show is the diversity.

“If you love ballet, we have ballet. If you love modern dance, we have that. A little fresh-pop hip-hop? We have that. We have everything that anybody could possibly like. Our range is like nothing I’ve seen a drum corps do before.”

Aungst describes the diversity of the show as the varied music and assorted visual effects, but diversity also fits one of the show’s major concepts. “Behold,” according to The Cadets’ artistic director, is “A call for respect and a call for something to be observed that is awesome.”

Here are four of those awesome moments and effects “to be observed” from the Allentown corps’ 2019 production:

Performing the modern piece “Just” by Davd Lang, The Cadets asked their performers to “explore theater.” This isn’t a show where the music tells the whole story. While marching, the corps members engage with the audience through their emphatic facial and body gestures that conveys the way people tear each other down.

Then, things truly get torn down.

The palace (The Cadets’ stage set) splits apart. Sounds of cracking and crumbling plaster plays over the soundscape. The corps begins to split up among their captions, signifying the need to form cliques and seek those similar to us.

The show opens with a strong, empowered queen, wrapped in a yellow dress — a la Belle in “Beauty and the Beast” — gracefully walking down one of the show’s four staircases, which later transform into a bridge.

The female lead is a mainstay throughout the show, evolving as the characters and circumstances do. After the "citizens" begin to cover up their own insecurities by gossiping about and tearing the queen down, she disappears.

When she returns to the carnage the cliques ensued upon themselves, she’s no longer royalty. She’s a regular person coming back to a setting she once ruled over, ready to help it change.

She begins rallying everyone together to repair and rebuild, culminating with the build of a real-life bridge into the future. The scene sets into motion one of the more emotional songs in The Cadets’ repertoire with the playing of "Bridge Over Troubled Water" by Simon and Garfunkel.

“You’ll see people start to rise up from those ashes, help each other up,” Aungst says. “‘Maybe I was just fighting you, but I realize I ruined everything by doing that, so now we need to work together.’”

“Behold” is a fast-moving, highly-detailed production — especially when the corps is divided into the aforementioned factions — that has its storyline taking center stage. The Cadets, though, make it easy to follow.

The Cadets drum line in the Lot '19 | Hamilton, OH

“Our queen comes out with the scepter,” Aungst said. “Then it’s snatched away at the end of all the rumors and gossip; and now, the third piece is "Dance No. 1 from the Estancia Orchestral Suite" by Alberto Ginastera and that is a fight for that power over others.

As the corps plays “Bridge over Troubled Water,” the four staircases that were once separated come together and form a bridge.

“In the lyrics it says, ‘I’ll be by your side’ — the horns are playing it — and you’ll notice the props end up by the sides so it’s two sets of two. Then when it says ‘Like a bridge,’ they become that bridge.”

The ballad’s final parts shift to a more gospel, soulful tune. It signifies a cleansing of the past, opening the door for a new generation. The reigns are handed off from the female lead to a younger group armed with a fun, hip-hop feel.

The corps breaks out into a contagious, high-spirited version "Do Better,” an original piece by the corps’ staff composers. The echoing chants of “Do better” hit the audience from all directions.

“It’s a playful take on anything you can do I can do better,” Aungst said. “We can all do better, it’s not one over another. You’ll notice a lot of ‘X’s’ in that piece, which is the chromosome we all share.”