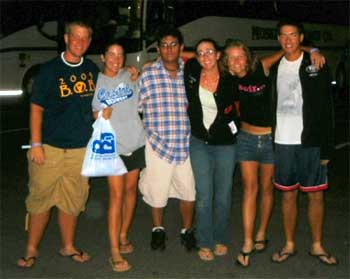 "Over the course of the summer we'd meet up with whatever other friend was at a certain show. It was hard with no retreat and corps leaving early, but it was still a lot of fun." Thanks Michelle! E-mail your best shots from the summer to dave@dci.org along with where and when the photo was taken. Send some biographical information about yourself as well. We'll give you full credit. Also, let us know if you want your e-mail address included.