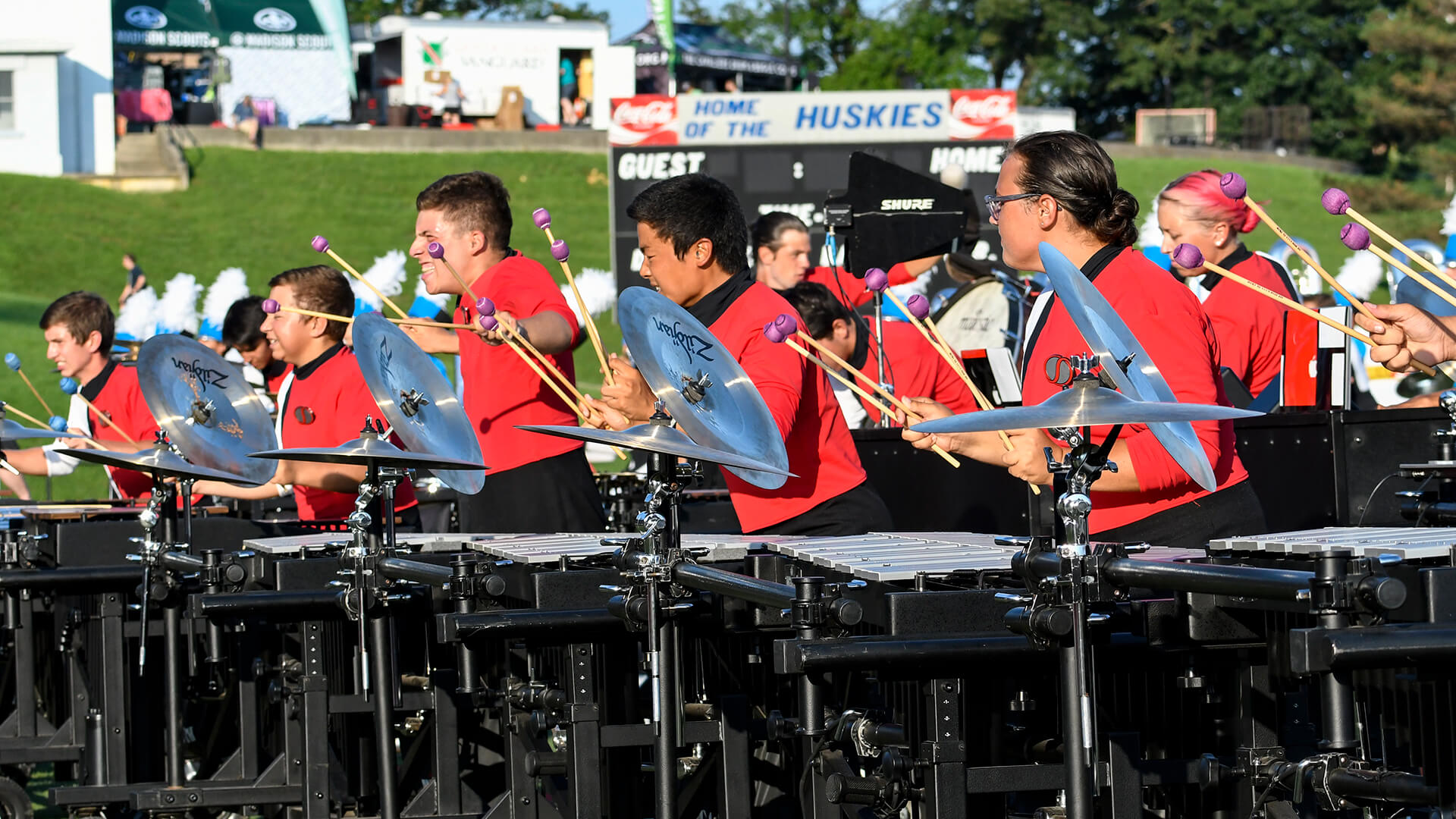 J. Birney Crum Stadium in Allentown, Pennsylvania is one of Drum Corps International's longest utilized and most iconic venues.

The originally 23,000-seat arena opened as Allentown High School Stadium in 1948, the same year as the founding of The Cavaliers.

The facility took on its current name in honor of J. Birney Crum in 1982. The longtime head football, basketball and baseball coach at Allentown High School was inducted into the Pennsylvania Sports Hall of Fame in 1975.

Drum Corps International held its very first event at J. Birney Crum July 8-9, 1977. The Bridgemen won it all, topping 27 other corps including the likes of the Phantom Regiment, Madison Scouts, Crossmen and Cadets

Up until a major 2002 renovation, the stadium had a natural grass playing field. An overnight downpour before the 1984 event necessitated the use of a helicopter to blow dry the field.

Removed during that same 2002 stadium renovation, the back sideline stands at J. Birney Crum once made the venue the largest high school football stadium in Pennsylvania.

In 2015, officials named the playing field at the stadium in honor of NFL wide receiver Andre Reed. The Allentown native and eventual pro football hall of famer, started his career at the city’s Dieruff High School. Movie buffs may remember Reed mentioned in 1996’s “Jerry Maguire” as one of the NFL wide receivers with more lucrative contracts than Rod Tidwell, played by Cuba Gooding Jr.

The 2020 DCI Eastern Classic will return to J. Birney Crum Stadium Friday, July 31 and Saturday, August 1. Two-night ticket packages giving you reserved seats to both exciting nights of competition are now on sale through the DCI Box Office.