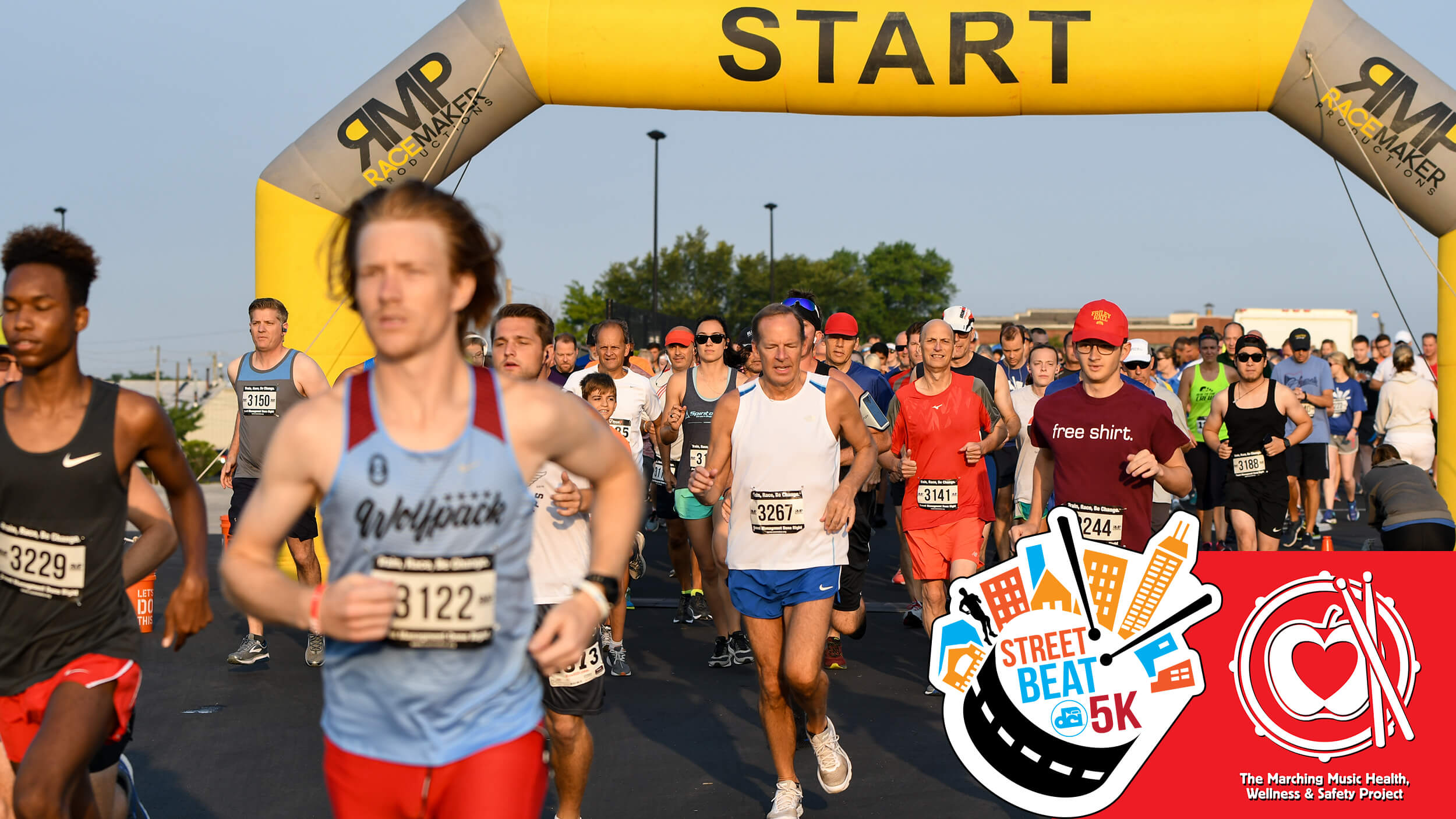 Runners will take to the streets of Downtown Indy on the final day of the DCI World Championships Saturday, August 10.Photo by: Drum Corps International

Proceeds from the race will benefit the Marching Music Health, Wellness & Safety Project (MMHWSP), a health- and safety-inspired initiative for those involved in the marching arts.

New for 2019, race participants can register to run in teams to fundraise for fine arts programs of their choice. Teams will consist of 10 or more runners and 100 percent of the proceeds raised will go toward their organizations.

“Whether it’s for a scholastic program or a local performance group, team participation in the 5K is an exciting and community-driven opportunity to fundraise for fine arts organizations,” DCI director of events Susan Kuehnhold said.

The race route, which was reworked in 2018, will start runners in downtown Indianapolis at Lucas Oil Stadium, doubling them back at Military Park and ending at Pan Am Plaza, the site of the Soundsport International Music & Food Festival.

Register for the
Street Beat 5K

Friday, August 9, 3-7 p.m. – From Downtown Indianapolis we'll be on Capitol Street just south of South Street located at Lucas Oil Stadium. Look for the Street Beat 5K tent on the East Concourse outside of the Spectator Entry Gate.