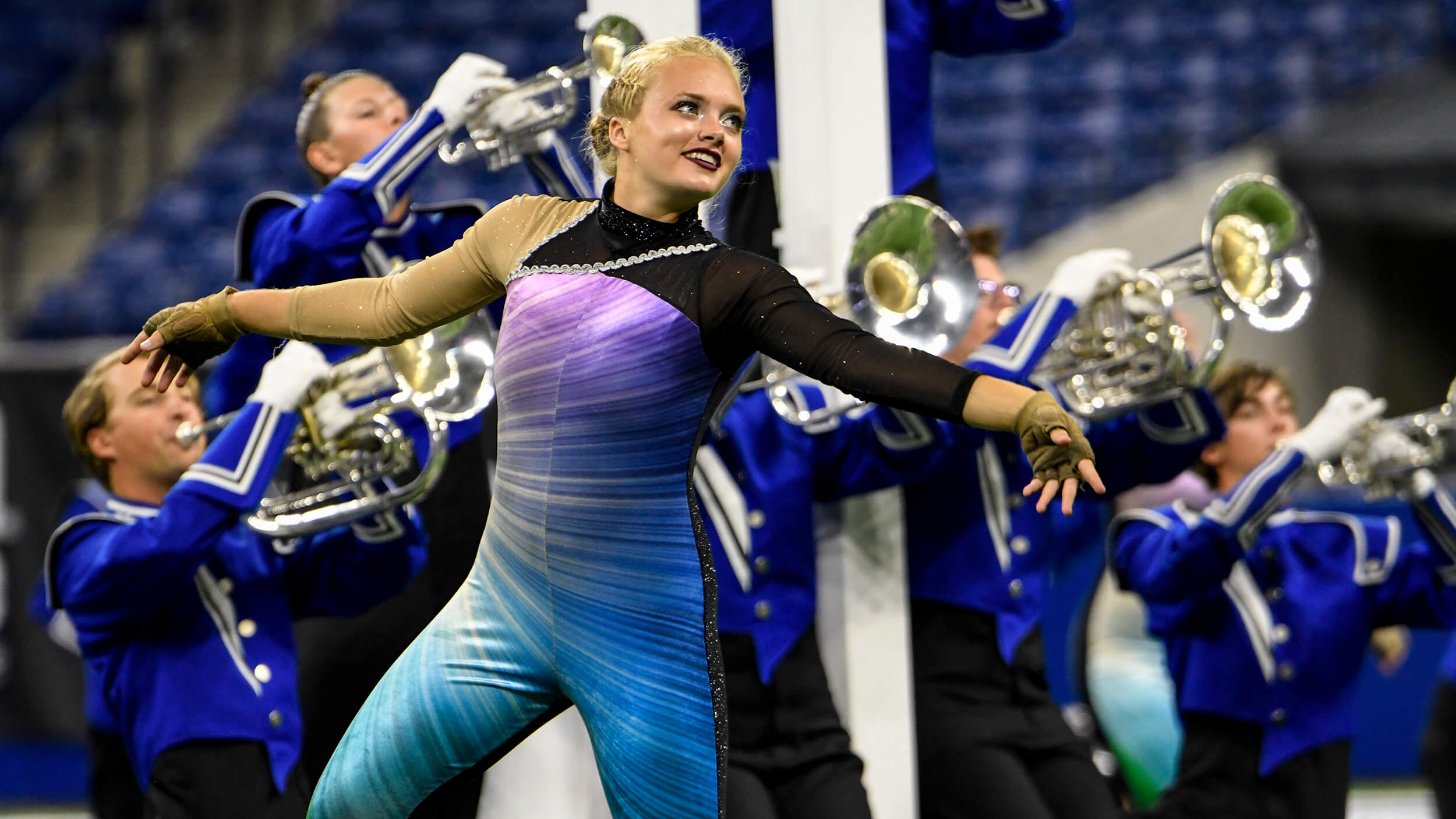 7th Regiment is set to meld music with the art of poetry with its 2019 competitive production, “Poetic.”

Coming off one of the New London, Connecticut corps’ best seasons in recent years, a sixth-place finish at the 2018 DCI Open Class World Championship Finals, 7th Regiment will look to further that success this summer.

Leading the corps’ design team is program coordinator Jack Tully, who’s been a fixture of the Open Class corps for nearly a decade. According to Tully, the idea for “Poetic” has been in development for a number of years.

“The ‘Poetic’ concept was rolling around in my head almost since they started allowing amplified voices in DCI competition,” Tully says. “It was one of many suggestions for this season, but ultimately one that the design team decided would be something that will engage our performers and give them a vehicle to be successful.”

Tully notes that as a “teaching drum corps,” one whose students might not come into the corps as experienced as some of their World Class counterparts, it’s always a priority to create something that will appeal first and foremost to those performers. 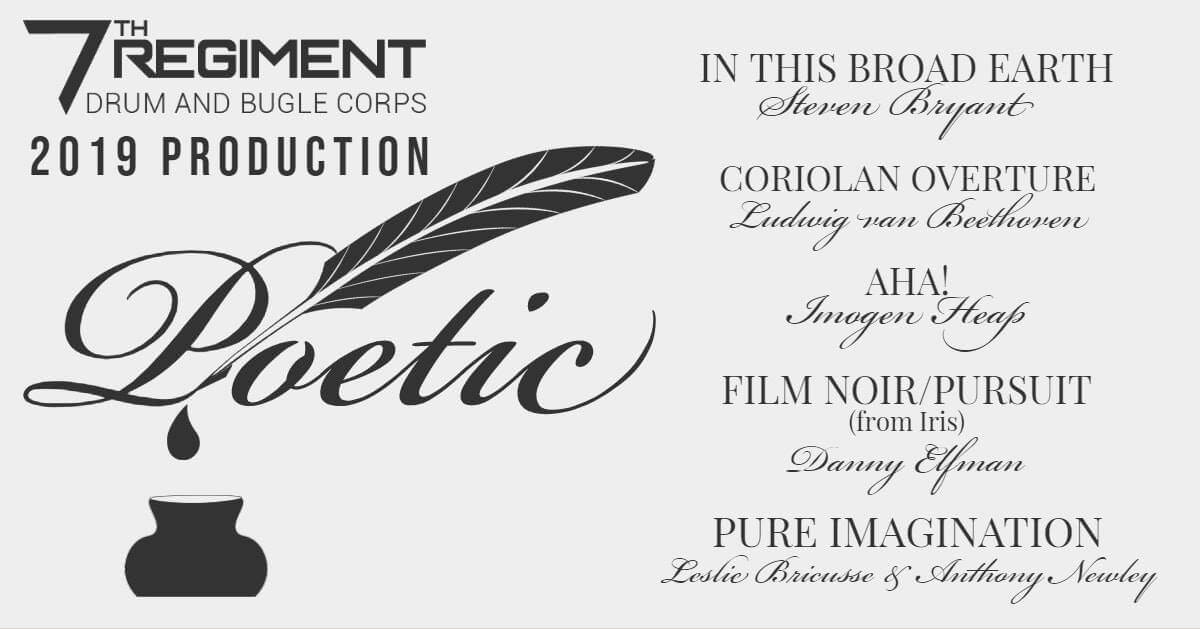 “We have to think about who’s going to experience our show the most this summer, and it’s the kids. They’re going to be the ones pouring their hearts and souls into it every day,” Tully said. “Whenever we design a show we start knowing that we want something that will engage them and something that will be meaningful to them.”

In creating “Poetic,” 7th Regiment’s design staff members will be tasked with finding a way to combine music with the written and spoken elements of poetry. To do this, they plan to start with the works of several well-known poets the likes of Walt Whitman and Edgar Allen Poe, and then fit the musical selections to those authors’ words.

“We really want to take different types of poetry, different genres of poetry, do just a little touch on each one and have that motivate the movement that we’re in in the show,” Tully said. “We’re not going to be visiting each poem for longer than maybe one or two lines. We’re trying to get the inspiration from a poem by way of a well-known line that will be spoken to motivate the music.”

Repertoire for “Poetic” is set to include:

In This Broad Earth – Steven Bryant

While much of the corps’ visual production is still in development, Tully says that the written form of poetry will be something explored as part of drill formations and other tangible elements. “In a sense we’re thinking that when someone writes poetry they’re painting a picture with words,” he said. “So we’re definitely going to use aspects of the written word to help tell the story.”

New uniforms as well as a stage set that may allow the corps to stage the front ensemble percussion section off the front sideline will also help give “Poetic” a memorable look.

7th Regiment has a number of rehearsal camps scheduled throughout the months of April and May. The corps plans to kick off its spring training on June 22 before making its 2019 competitive debut at the East Coast Classic on June 29 in Lawrence, Massachusetts.