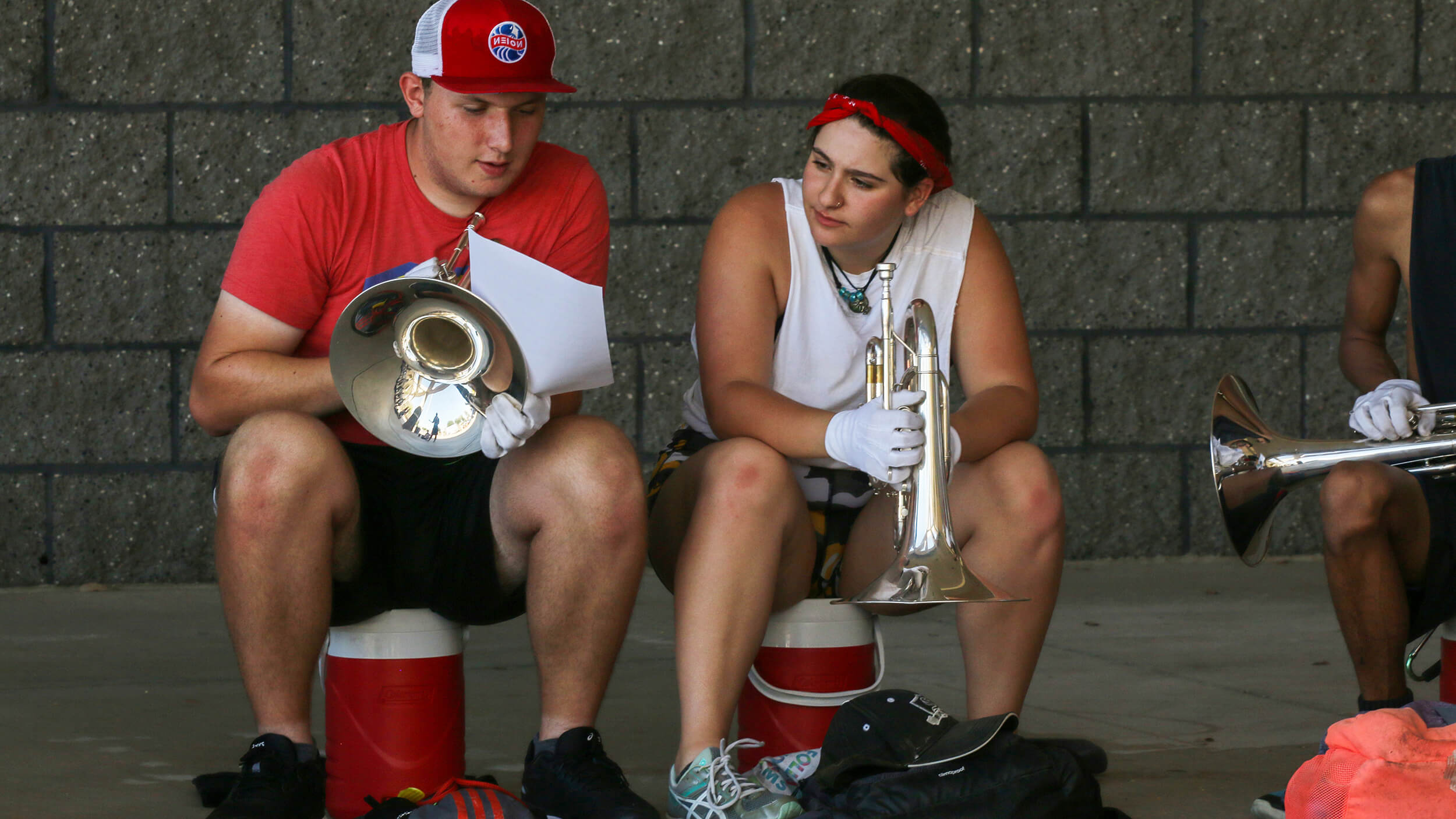 CHANDLER, Ariz. — Just six weeks away from the start of her eighth and final summer with The Academy, drum major Sierra Rogers already sees the potential for a special age-out season.

With immense progress made at the corps’ pivotal April rehearsal camp at Hamilton High School, Rogers said that spirits are high with spring training right around the corner.

“It’s really strong,” Rogers said of the present atmosphere surrounding the corps. “I know every drum major says that at this point in time, like, everybody says that, but I’ve been in and out because of winter season, and coming in in April, it’s crazy how far ahead we are right now.”

“It’s really exciting,” she added. “But it’s also a little nerve-wracking, because we have so much potential to work with.”

Rogers described the corps’ level of play at this point in the process as being advanced compared to what she’s seen in the past.

And in her time with the corps, Rogers has certainly seen plenty. She’s been a part of The Academy’s rise from a 19th-place finish in 2013, to now having achieved four consecutive Top 15 results, including an inaugural DCI World Championship Finals bid in 2016.

With such a depth of experience, it’s fair to assume her optimism likely isn’t misplaced.

Such levels of progress are not only manifested in the current state of the corps, but also in terms of the performers learning their 2019 competitive production.

The Academy officially announced its thematic concept, “The Bridge Between,” to members during the April 26-28 rehearsal, before posting the title on its social channels not long after the weekend concluded.

“We already are playing through all three parts of our show,” Rogers said. “So we’re pretty far ahead of where we would usually be, which is exciting for sure.”

“We have a lot of new members this year, and they are just hyping everything that we do,” she added. “It’s so great to see that.”

While more details regarding what to expect from The Academy in 2019 are yet to come, Rogers made a point to note that the corps will certainly catch the eyes of audiences when it takes the field for the first time, Friday, June 21, in Clovis, California.

Like any year, though, the top priority is the summer experience. Performance quality and competitive prospects aside, Rogers said her main goal for The Academy’s 2019 season hinges on memories made and lives changed within the corps.

“For me personally, what I want to kind of create this year is something that’s going to really outlive me and grow and just continue to soar above anything that I’ve done here. I hope that we are empowering our members to continue to be great musicians and performers in everything that they do, but especially in The Academy.”