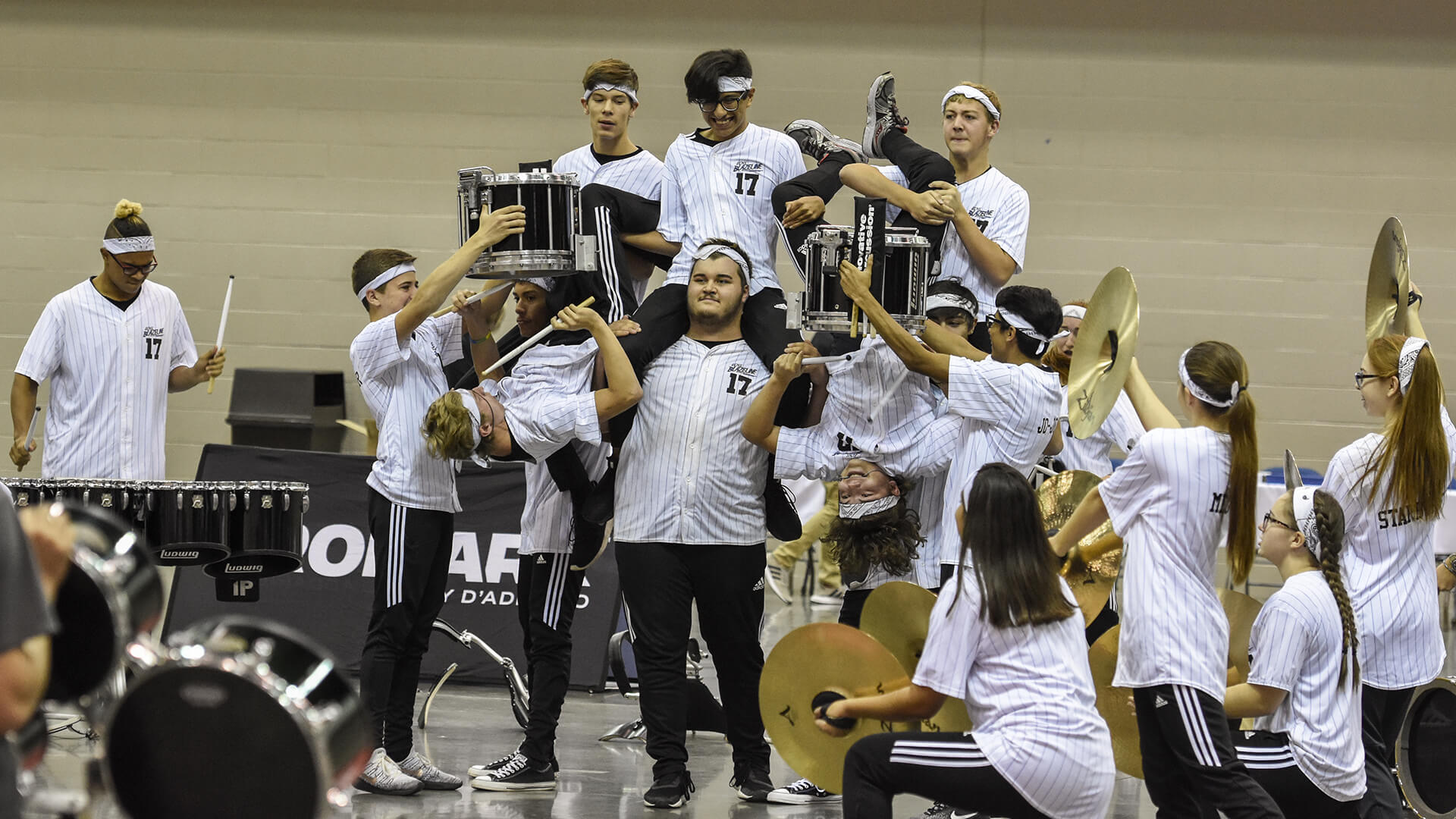 The Elkhart Central High School drum line gets acrobatic during the PASIC DrumLine Battle in Indianapolis on Friday.Photo by: Drum Corps International

Seven teams from across the country dazzled at the 2017 DrumLine Battle event hosted in conjunction with the Percussive Arts Society International Convention (PASIC) in Indianapolis.

Annually PASIC represents the largest percussion event in the world. The four-day series features more than 120 concerts, educational clinics, master classes, and more, including a special marching percussion track where DrumLine Battle serves as a centerpiece.

The competitive event the morning of Friday, November 10 at the Indiana Convention Center featured bracket-style play. Teams faced each other in head-to-head competition, trading off performances of up to two minutes of material in an effort to outdrum and outshine their opponents. 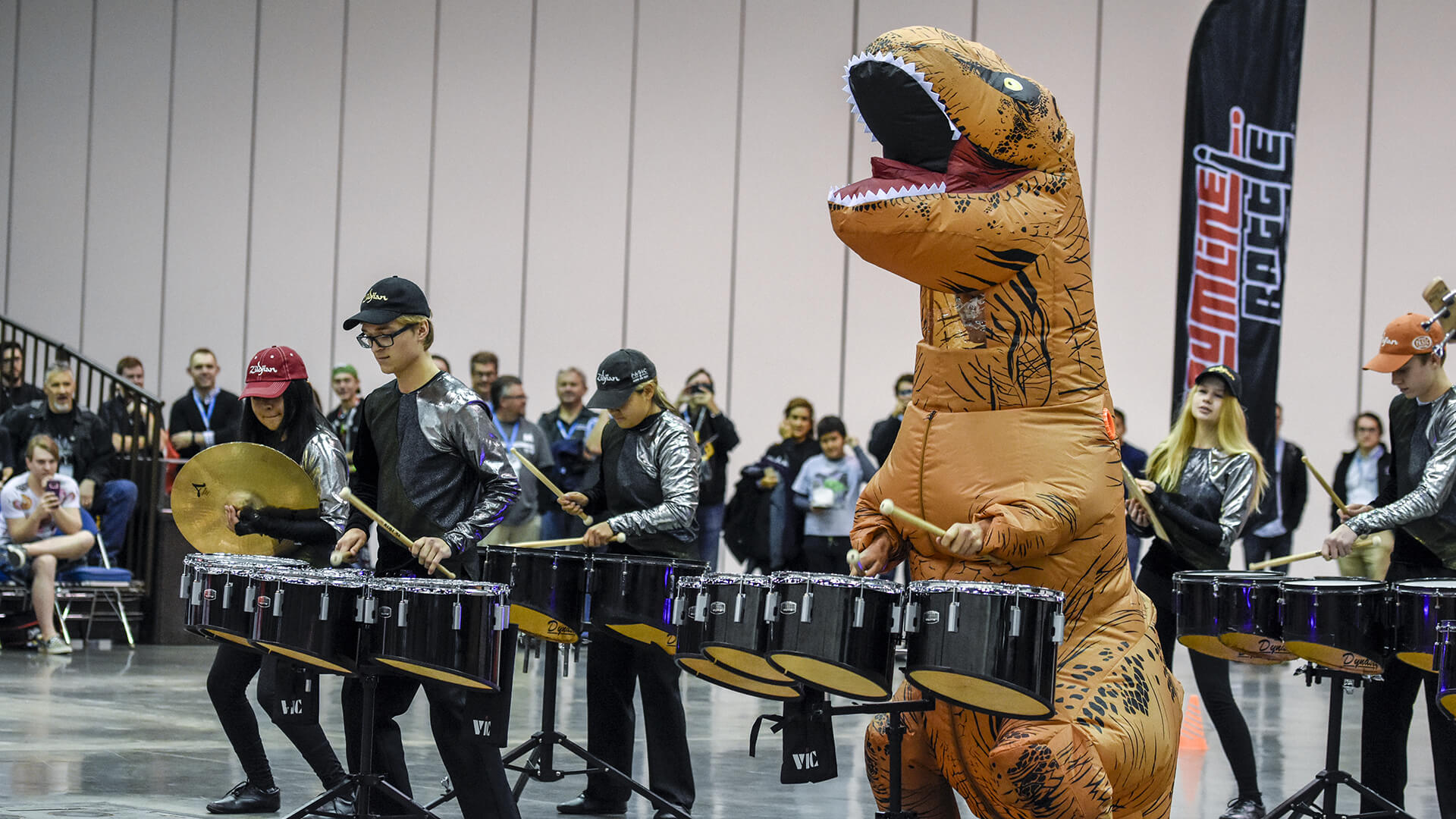 The Lorena High School drum line from Texas showed the audience that T-Rex can drum.

A panel of three judges evaluated each performance and instantly determined the winner at the end of each match. Judges based their decisions on a combination of drumming skills, movement, visuals, stick tricks, stunts and overall showmanship.

DrumLine Battle is designed to reward groups for playing to the crowd, and the groups on Friday took full advantage by giving audience members a look at everything from a tenor-drumming T-Rex dinosaur to gymnastic snare drummers who laid down beats upside down in a human pyramid.

“In the short time that the DrumLine Battle program has been around, it's really cool to see how much these groups are stepping up the competition,” said DrumLine Battle judge Jeremy Marks, who serves as a snare drummer with the United States Army Old Guard Fife and Drum Corps. “It was a real treat to see these teams play today.” 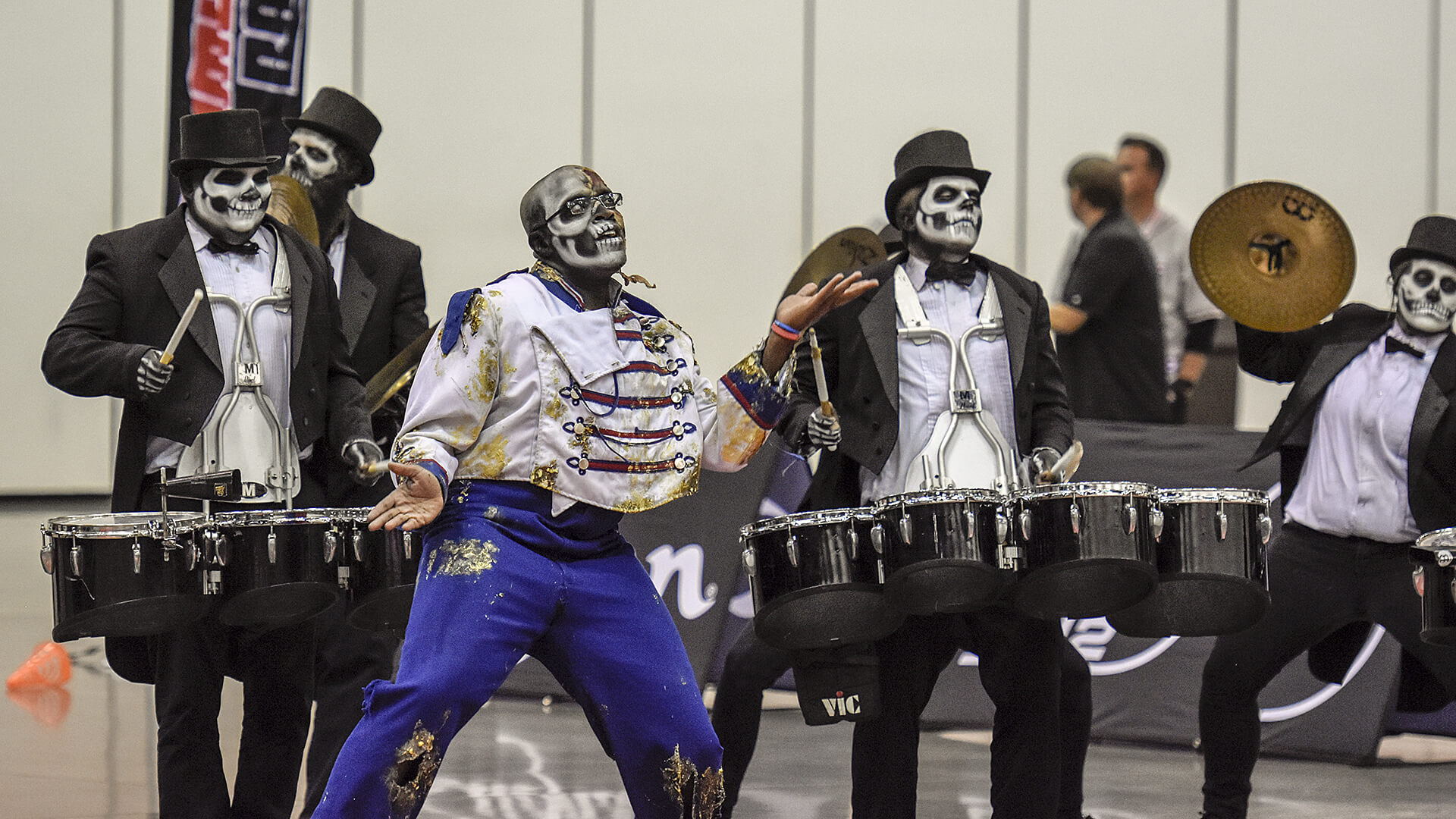 Cutting Edge Corps from Fort Worth is the drum line in residence at the world's largest haunted house.

Advancing to the Championship round were Eklhart High School from Indiana and Cutting Edge Corps from Texas. The latter showed up to Indianapolis in full costume after spending September and October honing their skills as the resident zombie drum line at the world's largest haunted house in Fort Worth.

Despite a valiant effort and countless acrobatics from the Elkhart team, the judges gave the final nod to Cutting Edge, whose members were presented with a DrumLine Battle championship belt worthy of the last team standing.

“To be able to throw down with your friends and to be able to go up against great competition while everybody's having a good time—It's fun for all,” Cutting Edge member Kristian Cox said. “It's kind of cool to see people's faces lighting up and fun feeding off of that energy.“