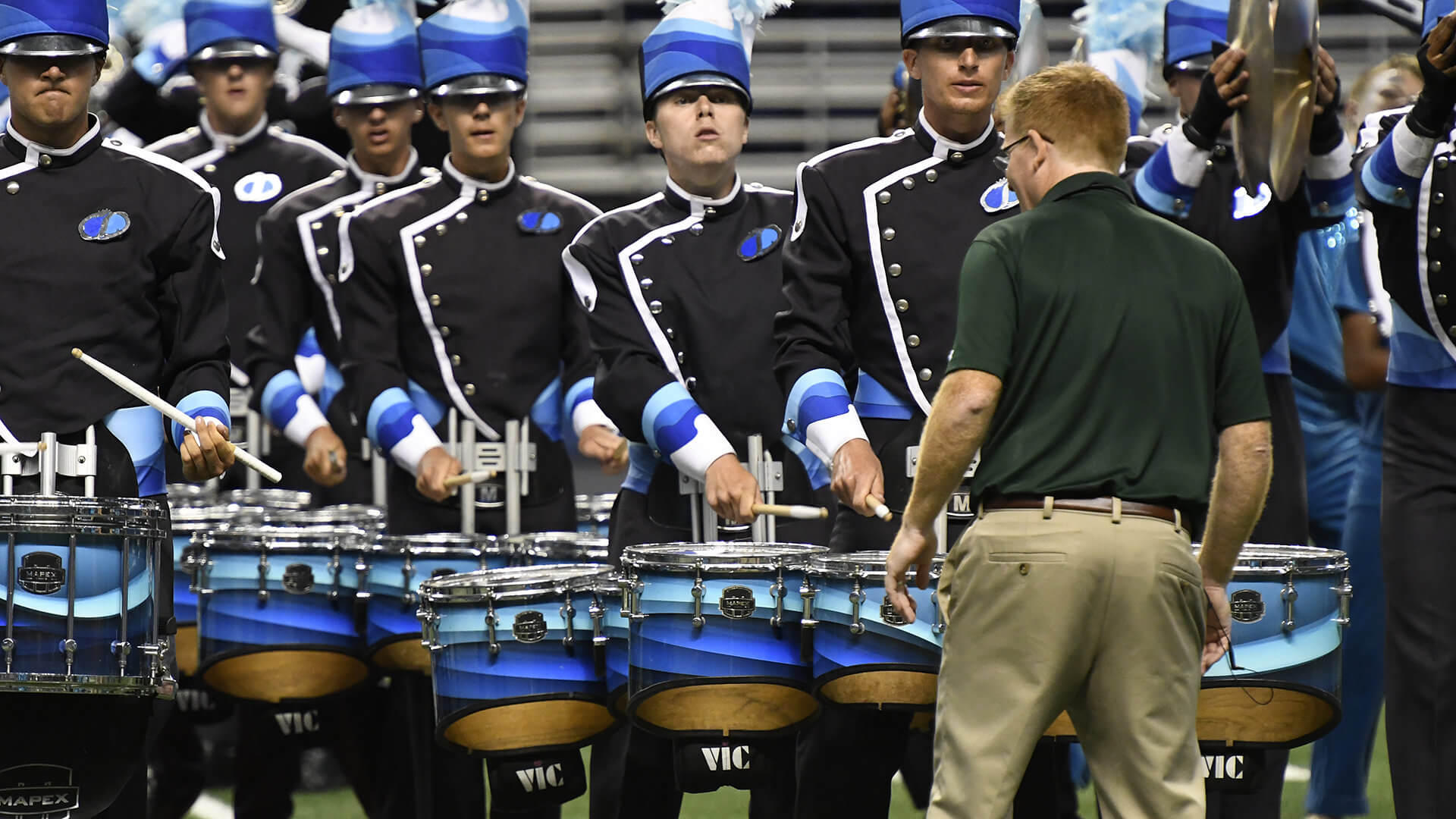 A Field Percussion judge gets a close look at the Jersey Surf drum line in San AntonioPhoto by: Drum Corps International

The process of selecting a “winner” from among the world’s most elite and exclusive marching music ensembles is not an easy task. Just ask any of the highly qualified professional men and women who comprise the DCI judging team in a given season.

What might seem obvious on the surface may be masked by the complexity of Drum Corps International’s judging system which takes into account an entire process combining the creativity of a corps’ program and the outstanding performers who bring the show to life.

Drum Corps International’s member corps create the judging system. On a biennial basis, instructors and designers of the activity meet to present their views about how the system should be interpreted, refined and revised. Such was the case this past winter when DCI member corps representatives voted to retool the percussion caption, adding a second percussion judge at select events.

With the DCI Southwestern Champonship this past weekend in San Antonio being one of the first events of the 2016 season to utilize an extended panel of judges as will be seen at the DCI World Championships this August, DCI Artistic Director Michael Cesario sat down with DCI.org to give a general overview of how the judging process works and the responsibilities of each judge.

A standard DCI adjudication panel consists of eight judges but varies based on time of season and event. 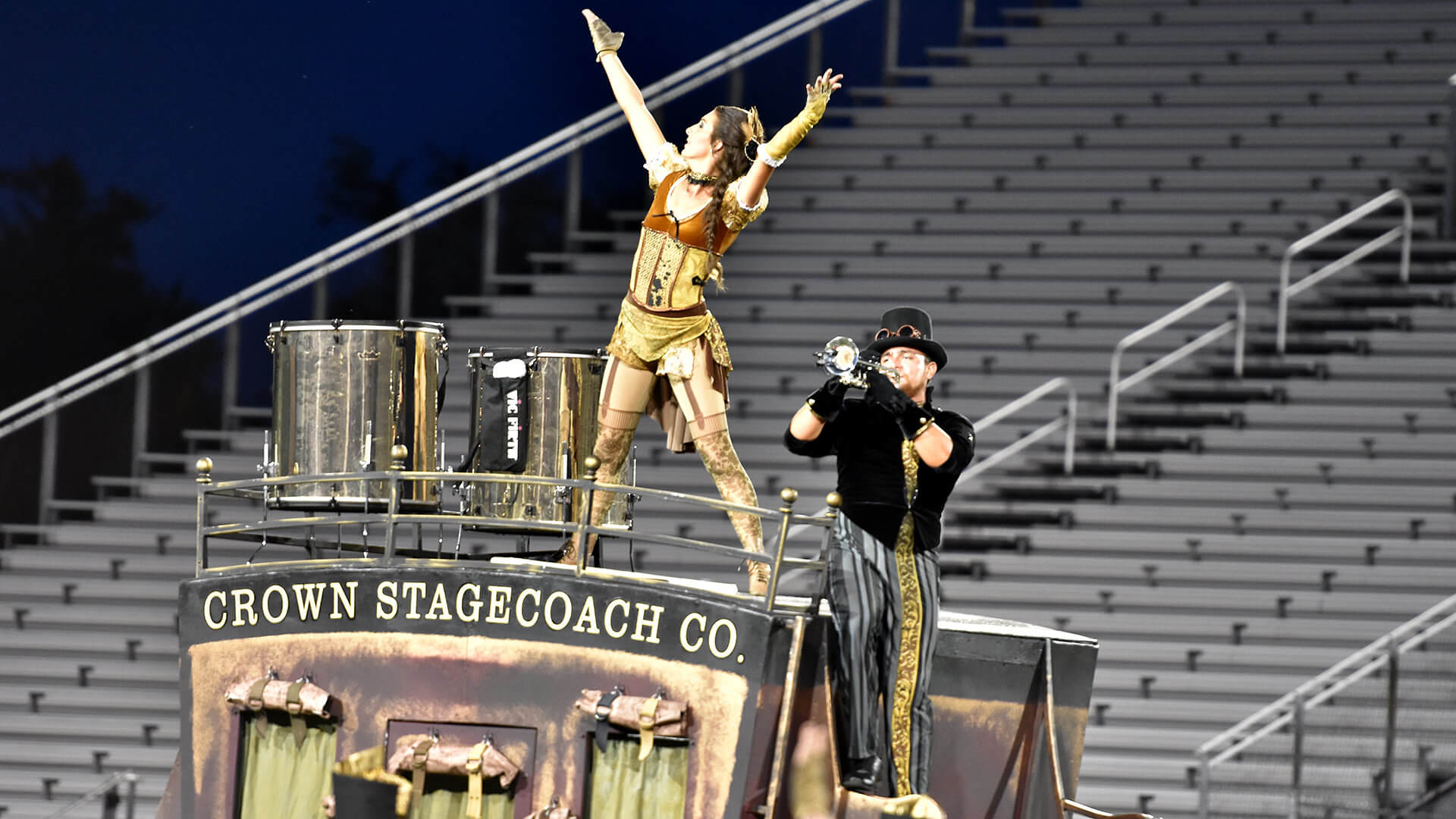 Number of judges: Two for most of the season, plus a doubled panel of four during Premier Events (e.g. San Antonio, Atlanta, Allentown) and the World Championships.

Points allotted: 40, 20 from each of the two judges. The scores of the two Effect captions are counted for full value. When the panel is doubled, the score of all four judges is divided in half.

Responsibilities: One of the GE judges has a music background and the other has a visual background, but each utilizes the same judging sheet because they are effectively judging the entire show, not just the effect of the music offering or the effect of the visual production. GE judges must be the most experienced, most knowledgeable, and most flexible members of the audience. Plus, they know how to manage numbers in order to give a proper score. The GE judges are doing the romantic job, they’re feeling what the show is offering and responding to what the show is. There are three parts to GE, the intellectual, the aesthetic, and the emotional. 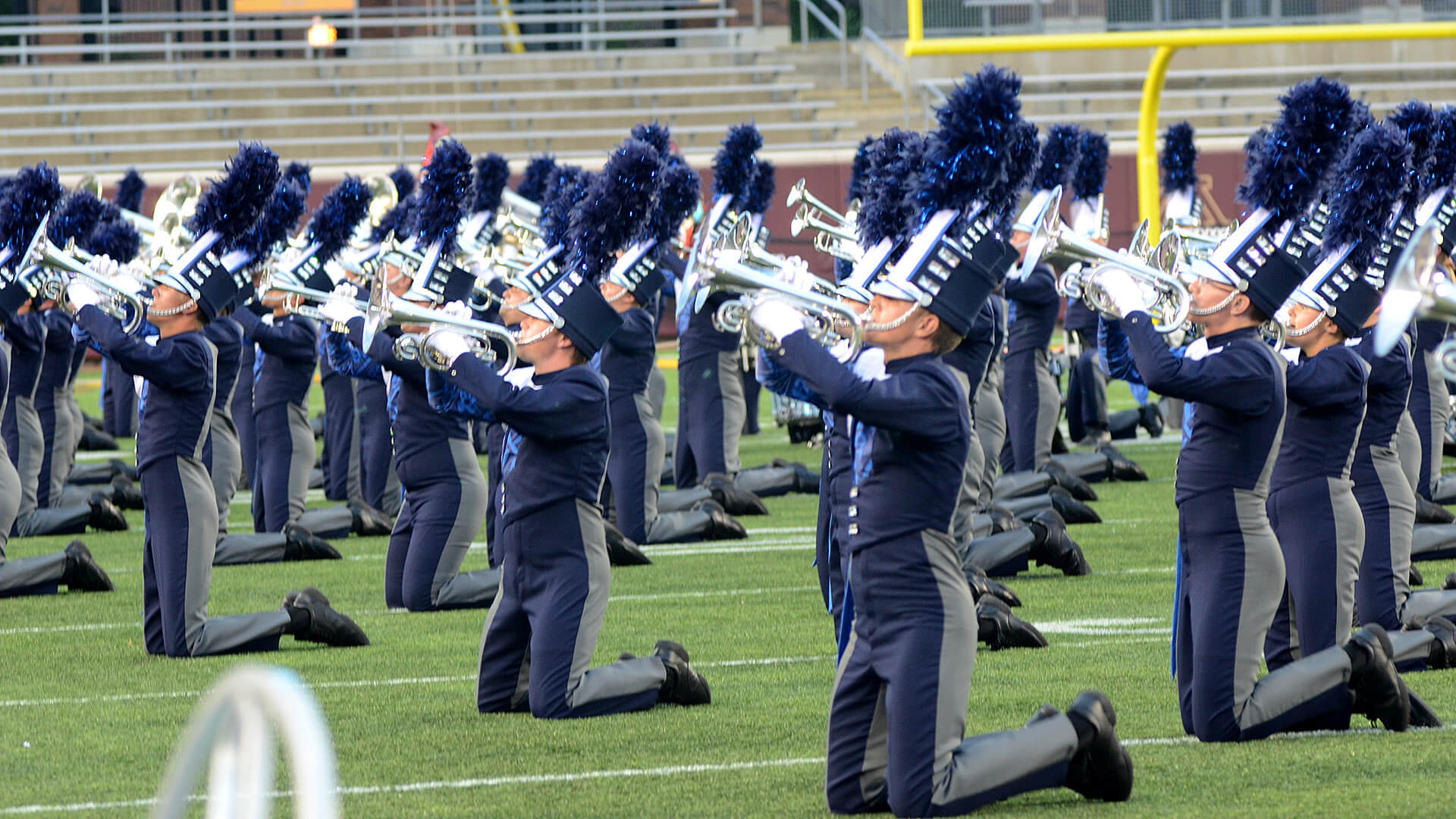 Number of judges: Two (One for Music and one for Visual)

Points allotted: 20 each, but divided in half before being added to the final score.

Responsibilities: The Music Analysis and Visual Analysis judges are the classically trained judges, the most scientific in their approach. They analyze how the pieces of the puzzle fit together and they focus on the detailing … how is the music or visual orchestration done, how well is that utilized, what are the developmental phrases, and how is the show composed and constructed. 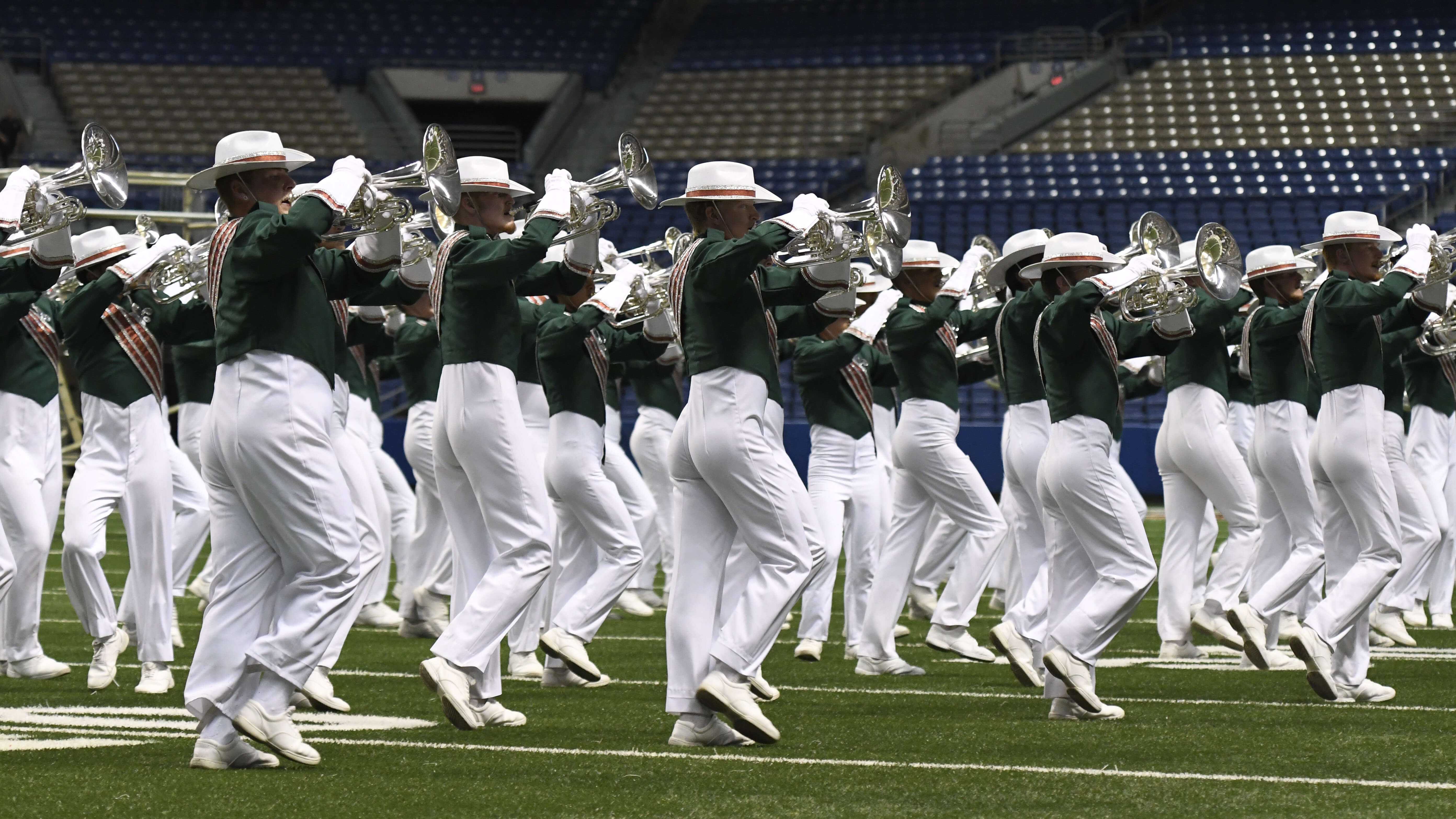 Responsibilities: The Visual Proficiency judge zooms in and out on performers, but from the periphery of the field. They look at small groups and individuals, but try to not focus on any particular person. This is the judge that used to be referred to as Field Visual, and earlier, Marching and Maneuvering. 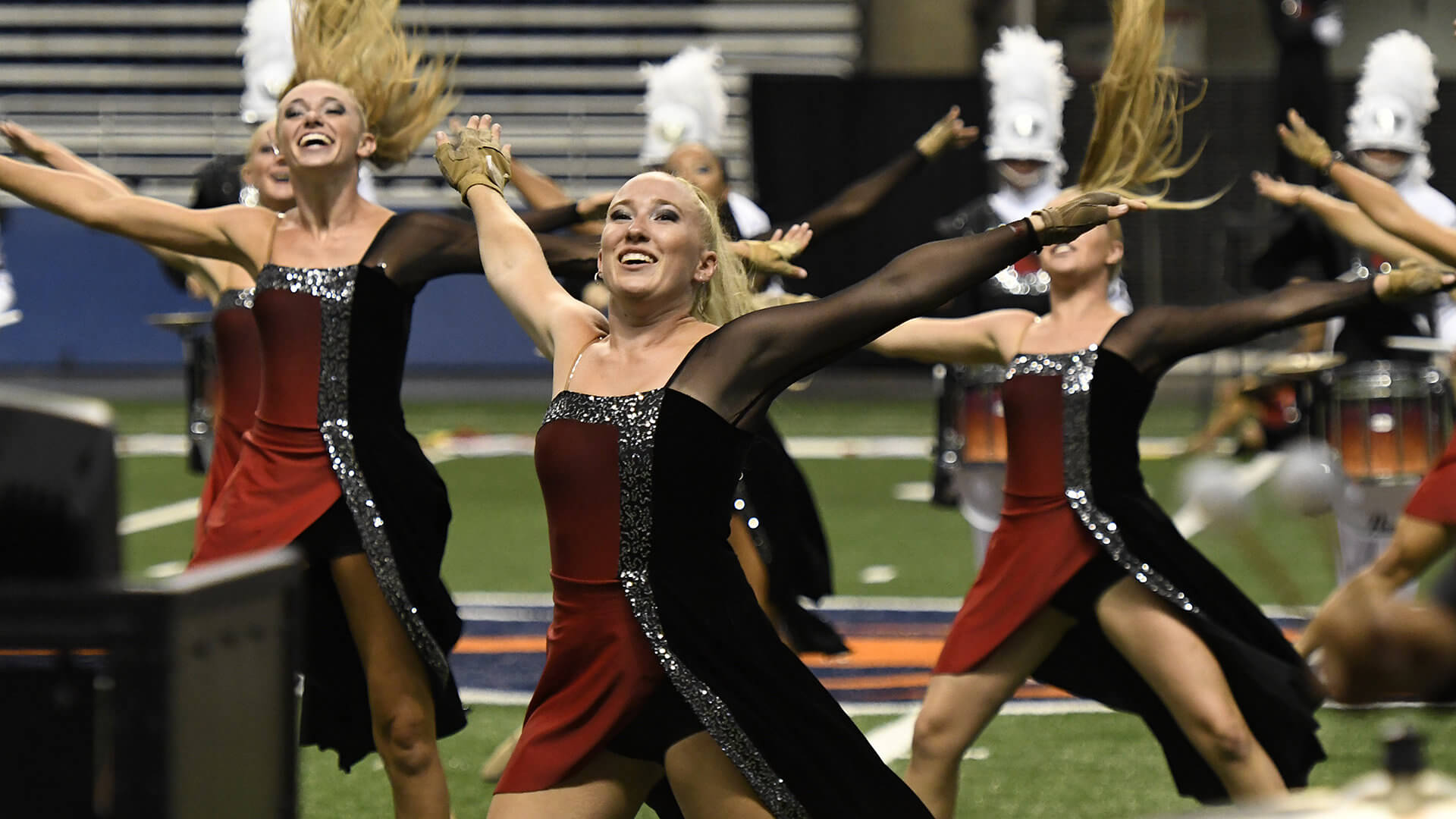 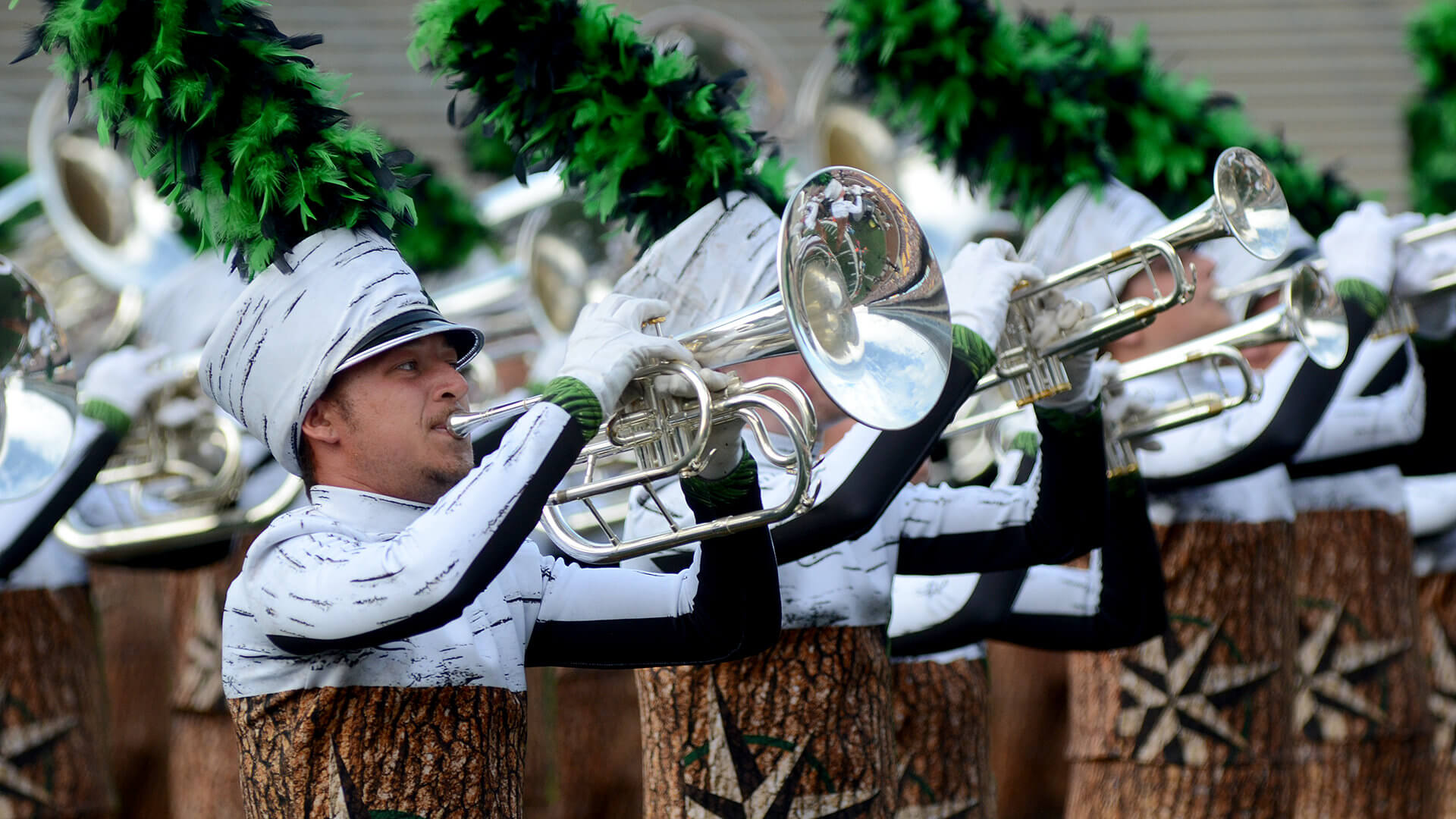 Responsibilities: The Brass judge is the easiest to explain as they do what they’ve always done; judge the quality of the brass line. 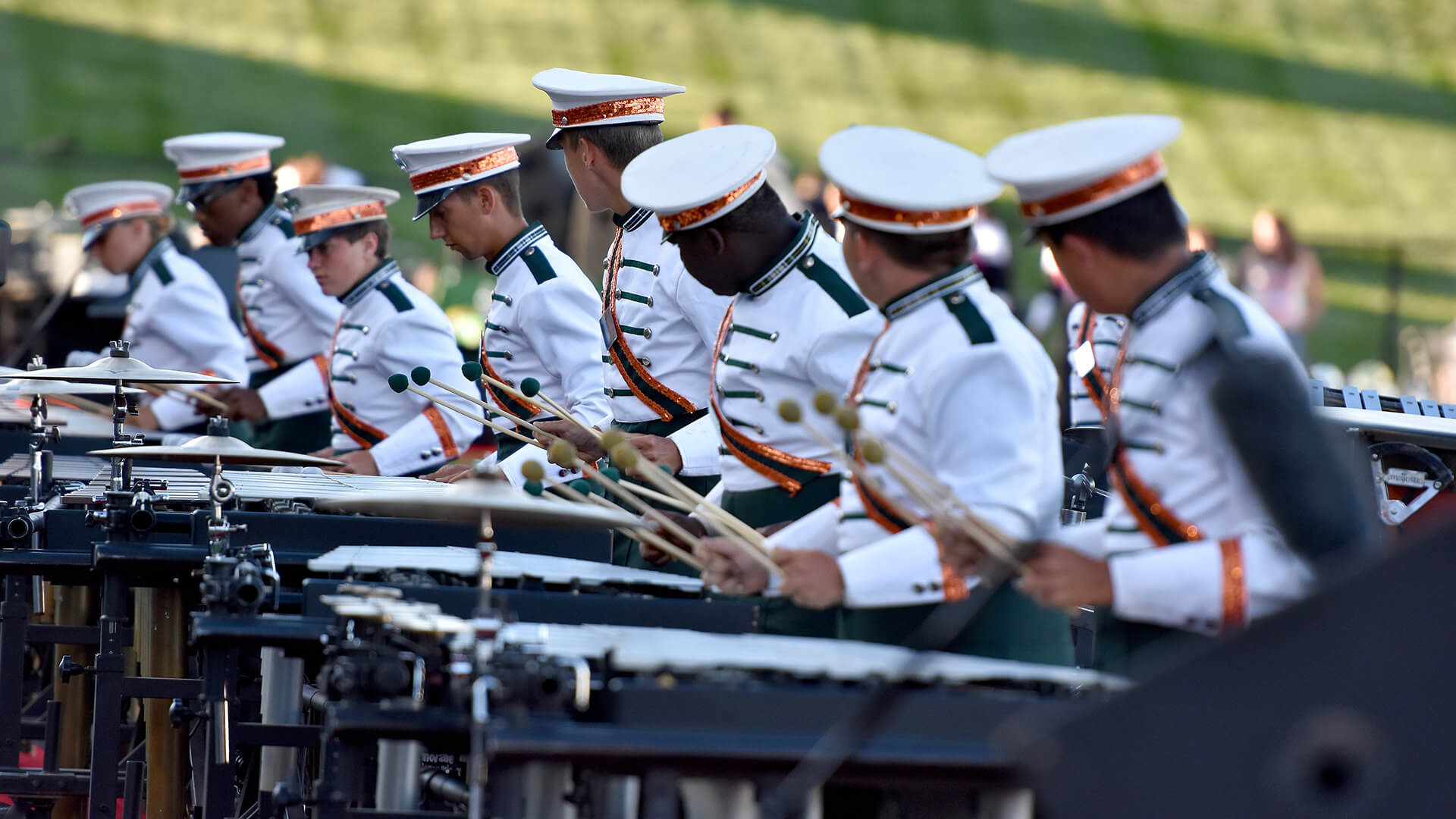 Responsibilities: The Ensemble Percussion judge needs a little explaining because that’s a brand new caption with brand new criteria to adjudicate, replacing the Percussion 1 and Percussion 2 judges of previous years. This judge explores every percussion voice, from the front ensemble and the battery (marching drum line), and determines how well those various voices come together. The entire percussion ensemble is judged from various venues, possibly from the press box and possibly from within a position in with the audience, wherever the judge can best hear and see the entire percussion ensemble. 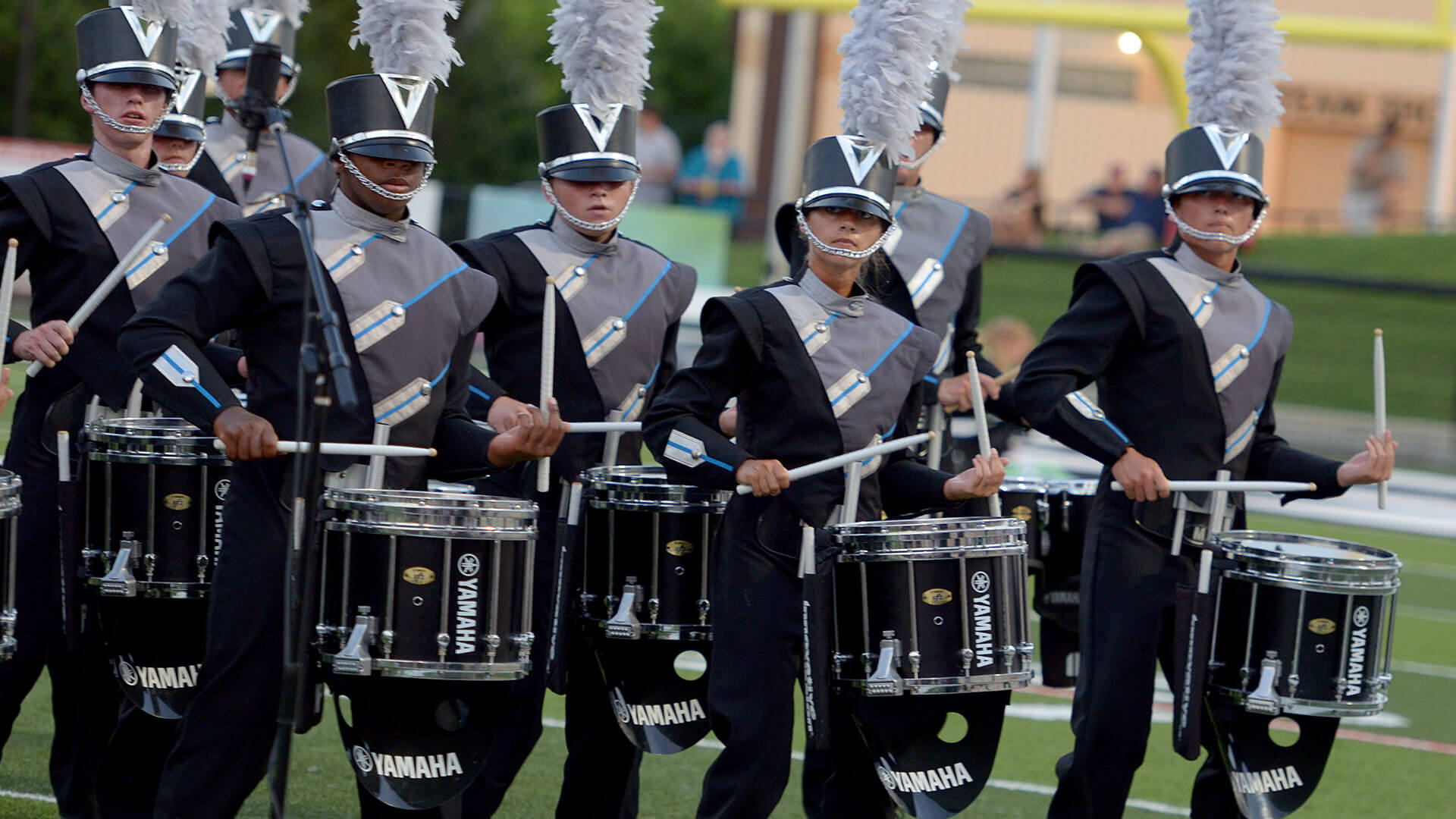 Number of judges: One (utilized at select shows only)

Responsibilities: For select Premier Events and the World Championships, a downstairs percussion judge is added who adjudicates from the field, sampling individuals and small groups.

Adding Things Up to 100 Points 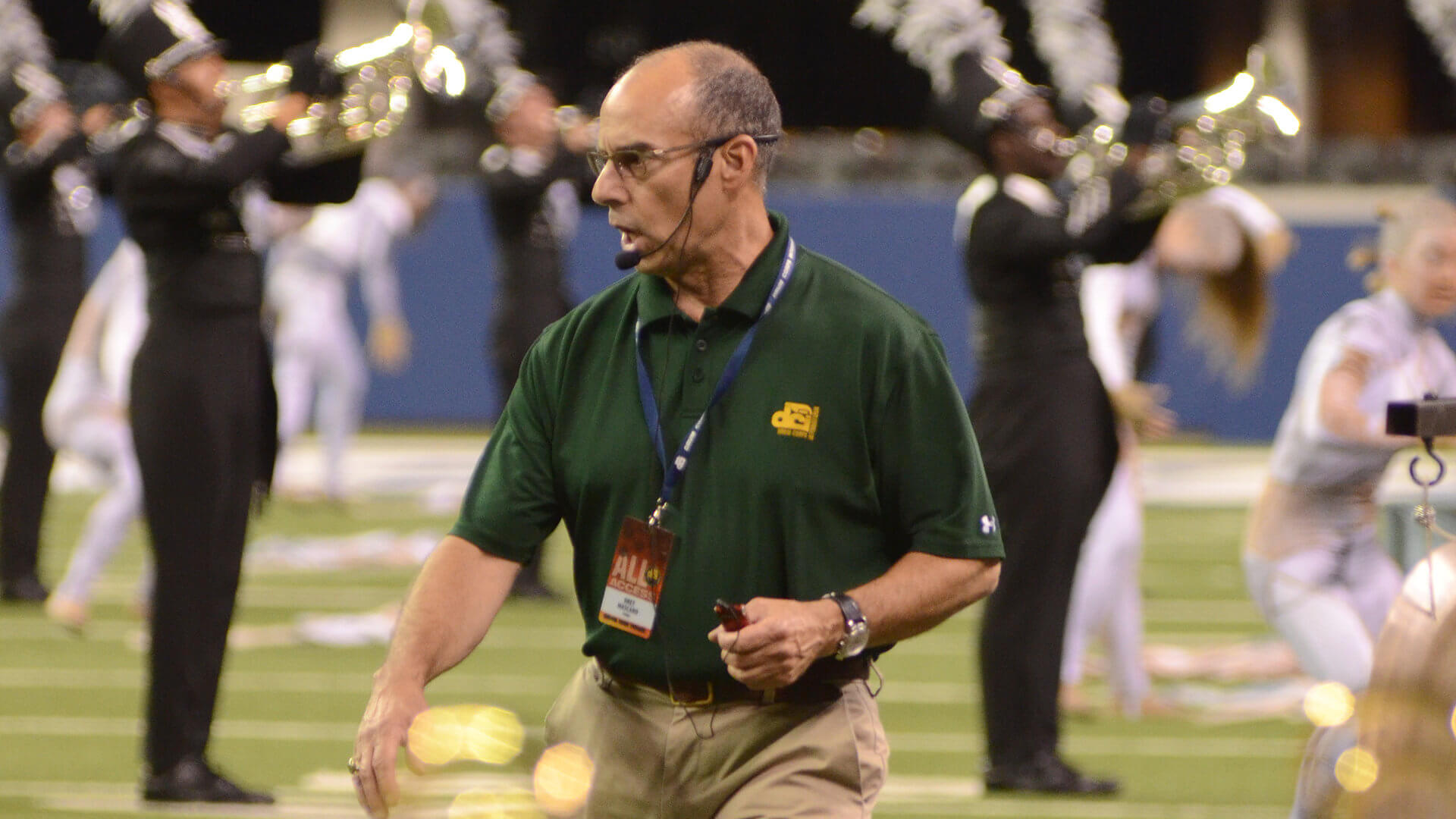 To understand how the scores are added up, it’s important to know that different numbers of judges are used during the season. Five judges were utilized on certain nights from the beginning through the middle of the season. Every five-judge panel included two GE judges, plus another two judges, one each for Music Analysis and Visual Analysis. The fifth judge was a Proficiency (performance) judge who might have been judging Brass, Percussion, Color Guard, or Visual. Therefore, on some nights, the Music score only reflected the Music Analysis caption, which was not divided in half for those contests. On other nights; the Visual score was based solely on the Visual Analysis score, which also was not divided in half for those contests.

A nine-caption/11-judge panel is utilized at select events from the DCI Southwestern Championship (San Antonio) through the end of the season. For those contests, the Field Percussion judge is added and the General Effect panel is doubled from two to four judges. For these shows, the Field Percussion score is added to the Ensemble Percussion score, with the total Percussion sub-caption score then divided in half. That is how we end up with some scores taken to the third decimal that end with a three or an eight. (Those scores start out as .0025 or .0075, but to avoid taking the decimals out to four placements, the scores are rounded up to three decimals.)