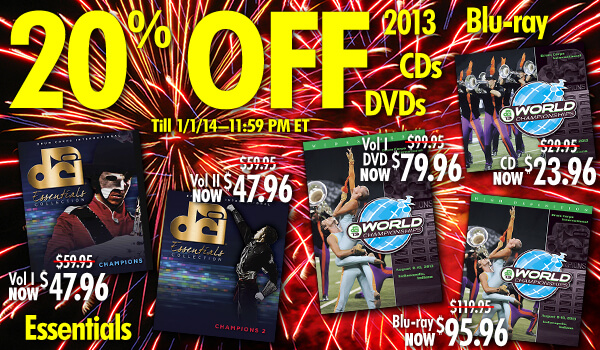 Count down the days to the New Year with great after-Christmas savings at DCIstore.org! Through Wednesday, Jan. 1, you can save on select titles from Drum Corps International's extensive audio/video collection.

A four-disc set featuring the top 25 corps as they performed last August at Lucas Oil Stadium.