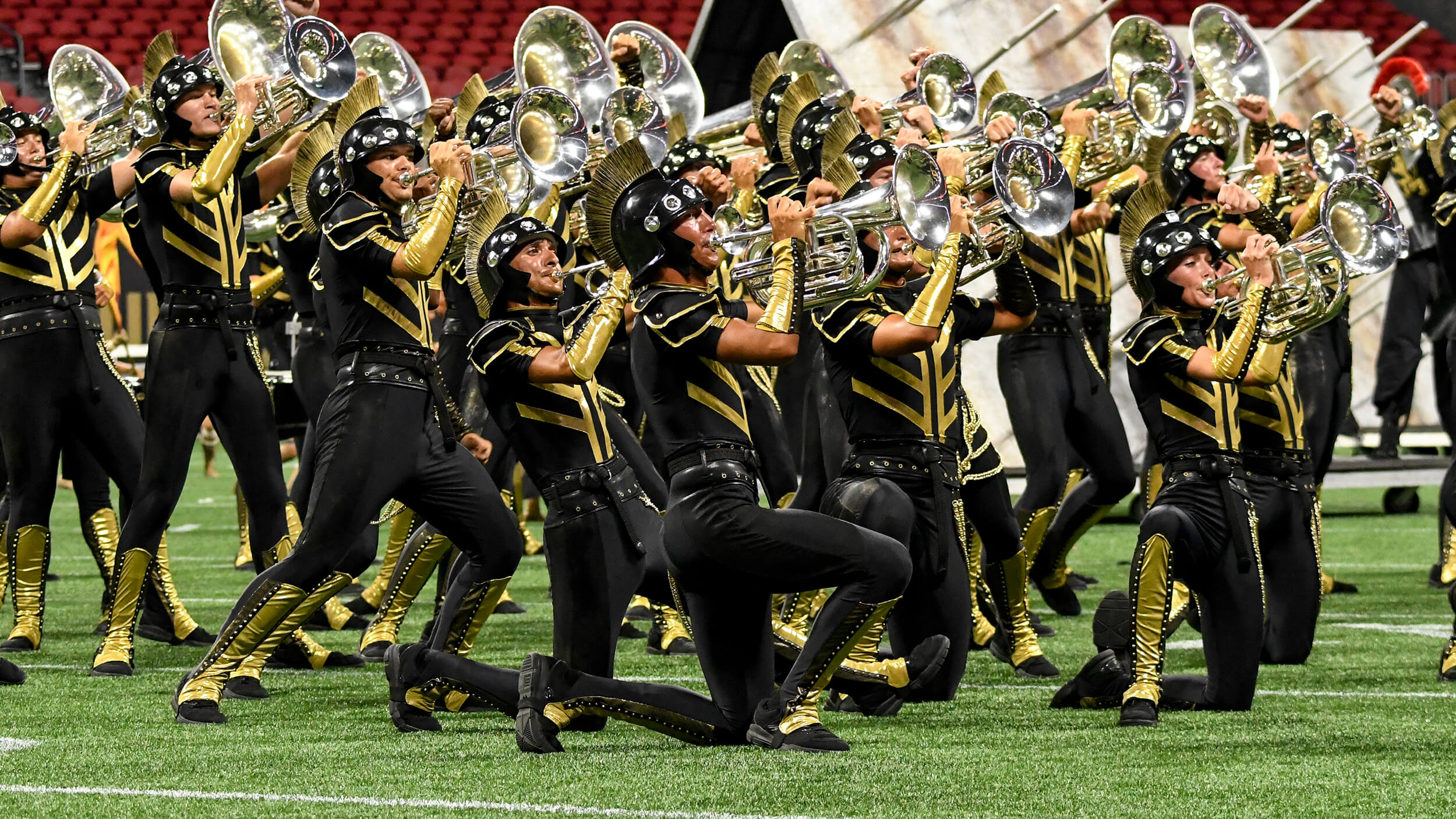 The Boston Crusaders were shuffling off the field as DCI’s Dan Potter emerged onto the Mercedes-Benz Stadium turf in Atlanta with a microphone trying to track down the David and Goliath characters in Boston’s 2019 performance for an in-stadium interview.

The Crusaders wheeled their main character into the bowels of Mercedes-Benz Stadium, his head detached.

All season long, the Boston corps had been toying with how to raise the theatrical levels of their production and ultimately finish off Goliath. In front of a roaring crowd of nearly 14,000, the Crusaders brought their innovative ending to the big stage. David climbs up the wall, stands over the fallen giant and discards his head.

“We do a wonderful ending to Goliath’s life with a beheading of him,” Navarre said. “The change, it was definitely one coming and one that was more appropriate to the ending of the David and Goliath tale. It’s thrilling and it keeps the crowd on their feet.” 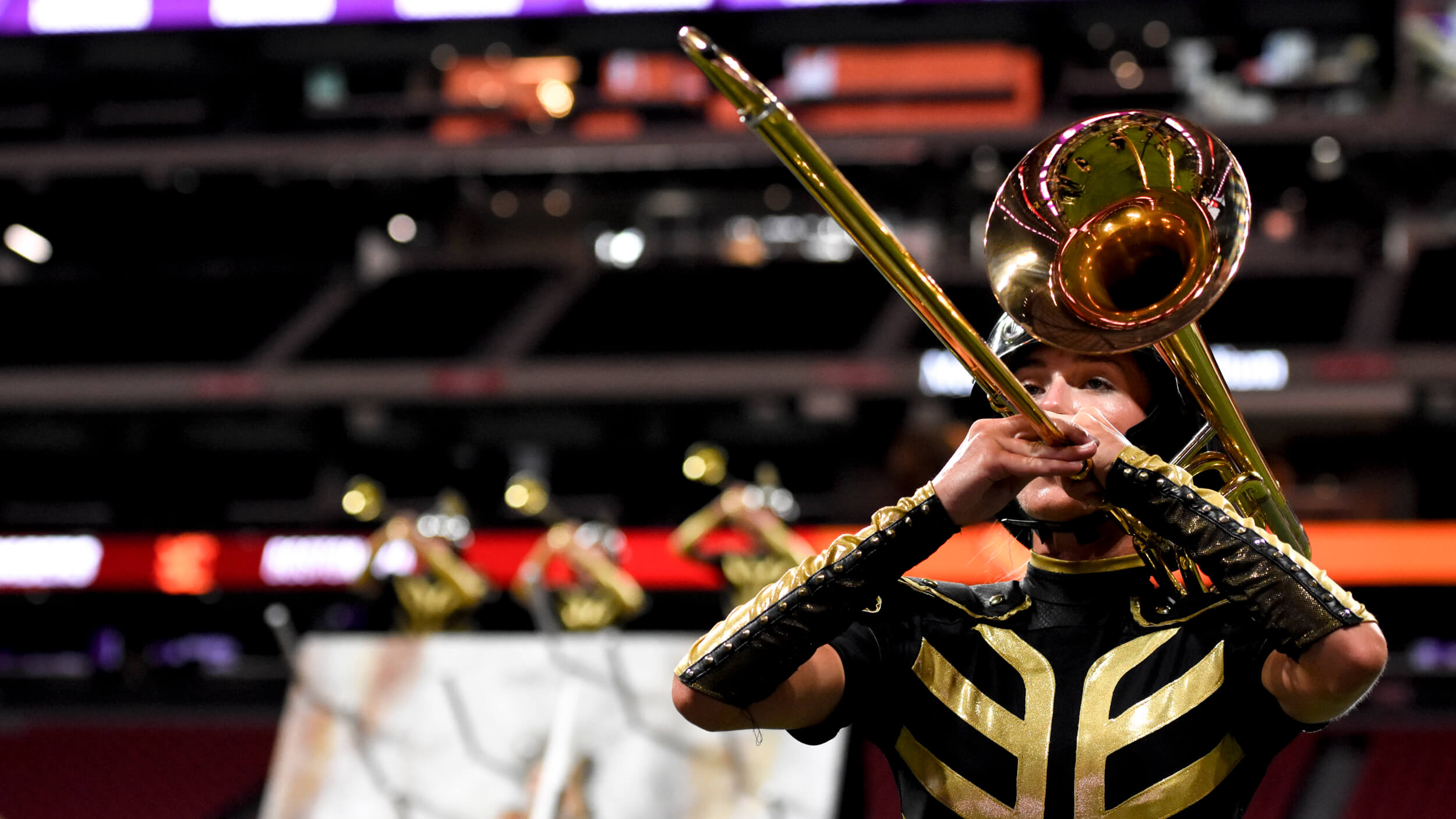 Boston finished fifth in Atlanta with a score of 90.675. There, they came out just a few tenths above The Cavaliers, which overtook the Boston corps Sunday night in Winston-Salem, North Carolina by more than a point.

All in all, the Boston Crusaders have been locked in red-hot competition for the majority of the season.

Regardless of how it all unfolds, Navarre is just trying to soak it all in during her final season.

“Obviously there’s the fact that we have two weeks left and for me as an age-out, it’s really hard to believe,” she said. “I’m ready and not ready to age out at the same time. We only have seven shows left, Including Atlanta, until Indy. That’s really what’s pushing the corps. We really want to be the best we can every single show.”

After finishing sixth in 2017 and fifth last season, the Crusaders haven’t let up.

“Goliath,” Navarre admitted, "is an incredibly challenging show that poses musical and physical challenges, especially for the color guard.

“The color guard is spinning and tossing so many tricks," she added. "I can’t believe that they’re able to do that." 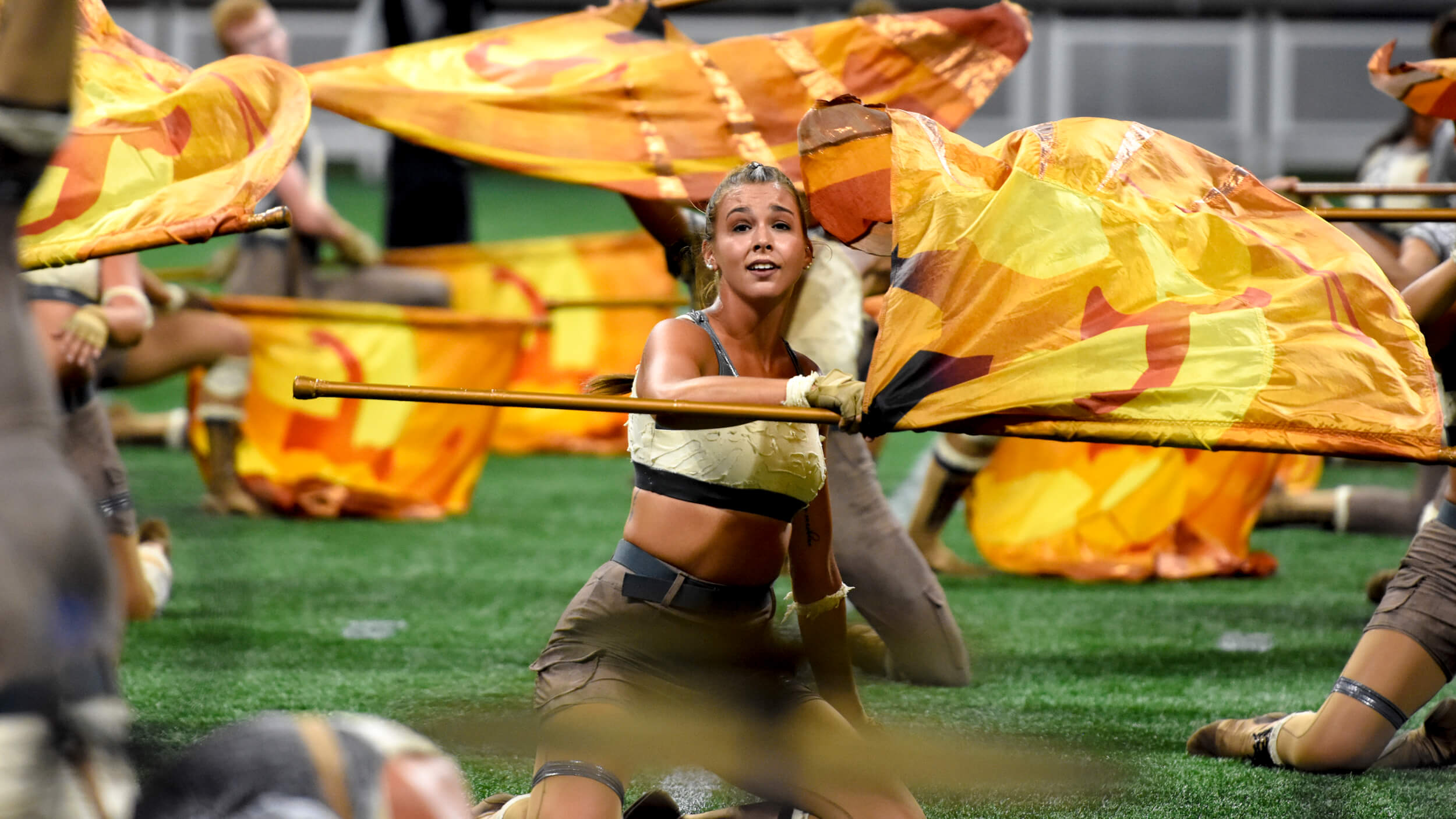 It’s a new age of color guard in Boston, one where intense choreography, jaw-dropping flips, and tricks have become the norm. Just a year after taking home the George Zingali Best Color Guard Award for the first time, the Crusaders’ have topped the field in terms of color guard scores at both regional events in 2019.

Now in the home stretch of the season, the Crusaders have put themselves in an admirable position less than two weeks away from the DCI World Championships in Indianapolis. It wasn’t by accident.

“The amount of work that we’ve put in for this show and just to see it pay off and to see the members performing and seeing it pay off is just absolutely amazing,” Navarre said. “I felt so great stepping off the podium knowing we did a great job out there.”