Brian Prato, Operations Director for the U.S. Army All-American Marching Band and the Jersey Surf, submitted this photo and caption. 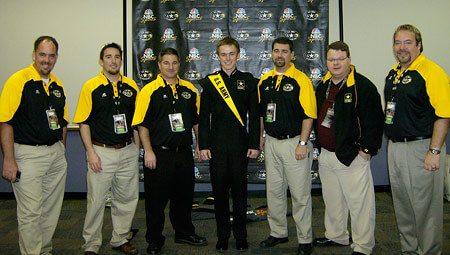 It was great trading stories with Ben about how things were "back in the day." We had three decades represented and were thrilled that a current Cadets member was selected to participate.