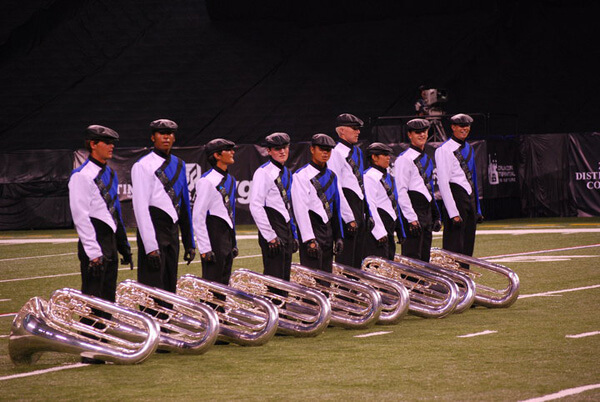 This is a picture of the Blue Devils B contra line at the World Championship Finals in Lucas Oil Stadium. From left to right: Jay (Our noble young section leader.), Michael, Nick (The tuba was almost as big as he was.), Ian, Cody (Known to the section as Yak.), John (Known to the section as Q-Tip. He was the most witty of any of us. He made several dumb jokes, but they were still funny.), Gabby (The only girl on "The Line"), Mason (The kid with the cool mom on tour.), and Alex (Known as Apples to the corps.).