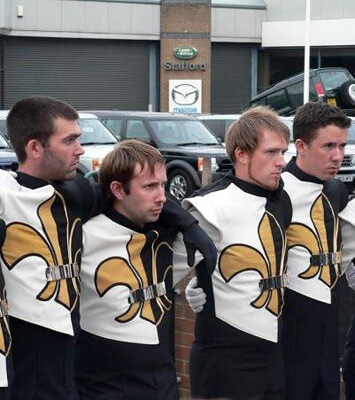 This photo was taken during a pre-show talk before our performance in Stafford. I know now how our British friends feel when they come to the U.S. for drum corps, as I was the only American in a corps full of crazy Brits! I had a great time, and can't wait to visit again!