From a Madison Scouts press release: The Madison Scouts are pleased to announce two additions to their staff. T.R. Fitz-Gibbon has been named the corps' assistant executive director and Chris Martingilio has been named the corps' fitness coordinator. Fitz-Gibbon is beginning his 14th consecutive year of drum corps. He marched as a snare drummer with the Scouts in 1997-1998 and was the corps' drum major from 1999-2000. Prior to joining the corps, he marched with the Madison Junior Scouts and Capital Sound. He has worked with many marching bands and drum corps, including the University of Wisconsin-Whitewater and Capital Sound. Executive Director Jeff Spanos said: "T.R.'s experience and leadership will be an integral part of planning our season and will help in all areas of the organization. He is a team player, problem solver and someone with a multitude of talents and skills. His willingness to serve the Madison Scouts is invaluable, and I trust him implicitly." 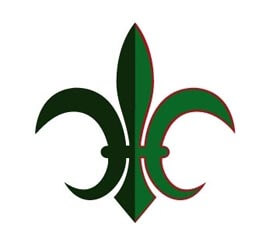 Chris Martingilio is the owner of Martingilio Martial Arts and Fitness in Madison, Wis., where he teaches Kempo, Jiu-jitsu, Karate, kickboxing, pressure point fighting, weapons, Escrima, Kali, self defense and mixed martial arts. Martingilio's focus on physical fitness, mental focus and teamwork are the core values of his teachings. He played soprano in the Madison Scouts from 1989-1992, and has worked with numerous youth development programs in Wisconsin. "Chris brings an element of extreme confidence to our organization. Modern drum corps requires us to seek out a professional fitness trainer, and we are fortunate to have Chris volunteering his time and energy. His drum corps background, combined with his vast professional teaching experience in both martial arts and youth development, will be tremendous assets to our organization. He will provide a core understanding of training for this activity in the off-season and will be a strong resource for the members," said Spanos. www.madisonscouts.org