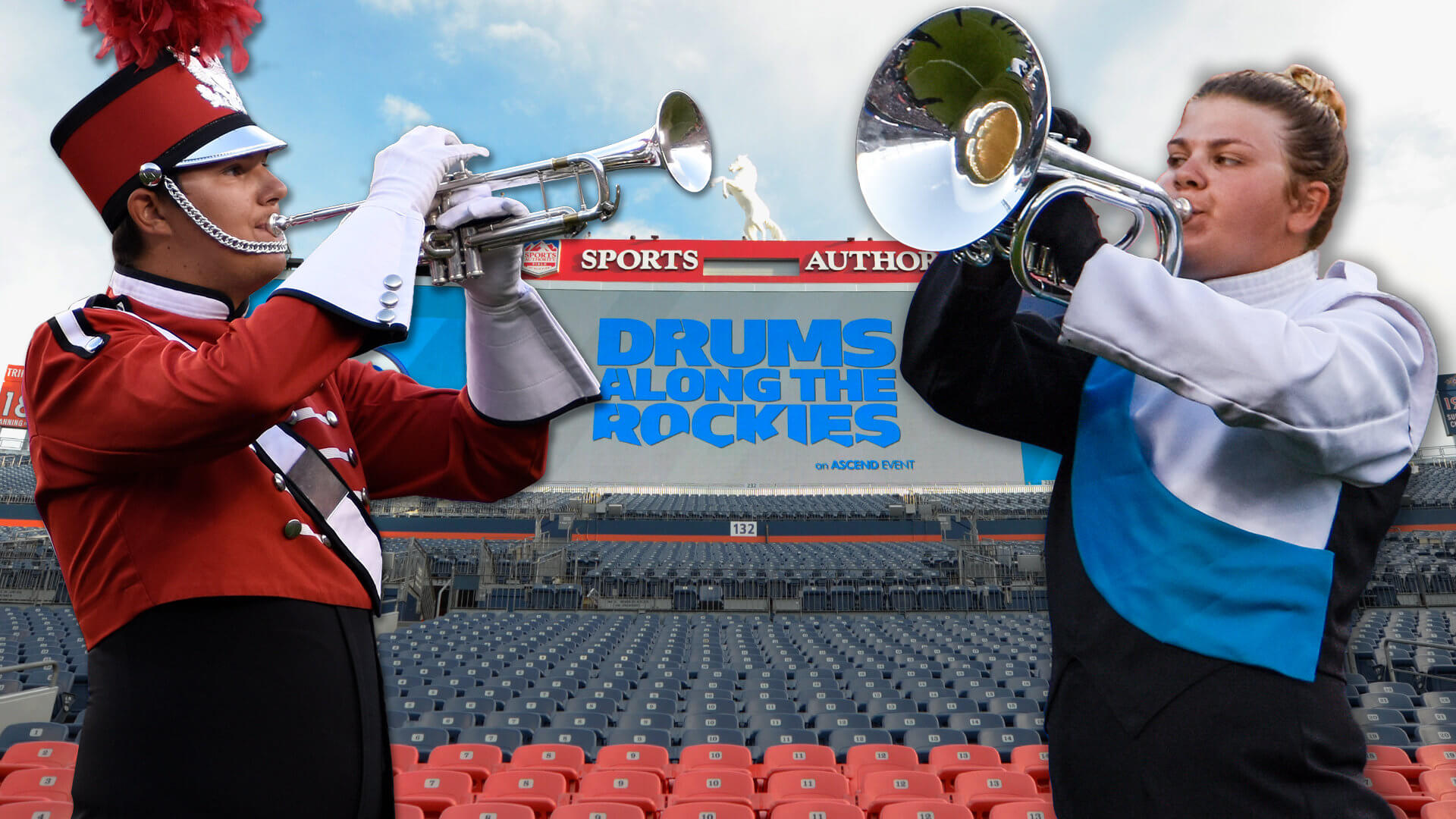 Open Class corps The Battalion and Columbians finished their 2017 summer tours on Saturday in Denver.Photo by: T. McCourt, DCI.org
For two young Open Class corps that just wrapped up their 2017 tours, the competitive season has come to an end, but all signs point to a bright future that is just beginning.

Those two budding organizations, The Battalion and Columbians — who combined have existed for less than decade — brought their summer tours to a strong finish on Saturday at Denver's Drums Along the Rockies event.

The older of the two, the Columbians were re-introduced to the drum corps community in 2013 after previously competing from the mid-1950s to the mid-1970s in the Tri-Cities, Washington region.

The corps closed out its fifth season with high hopes, as continued improvement from the corps has brought a wealth of optimism. According to third-year drum major Cole Lobdell, the final performance of his corps' 2017 season marked the culmination of several encouraging aspects of the ensemble's development.

“Every year gets better and better,” Lobdell said. “There's such an amazing family community that we continue to build every year, and at our final performance, everything just came together.” 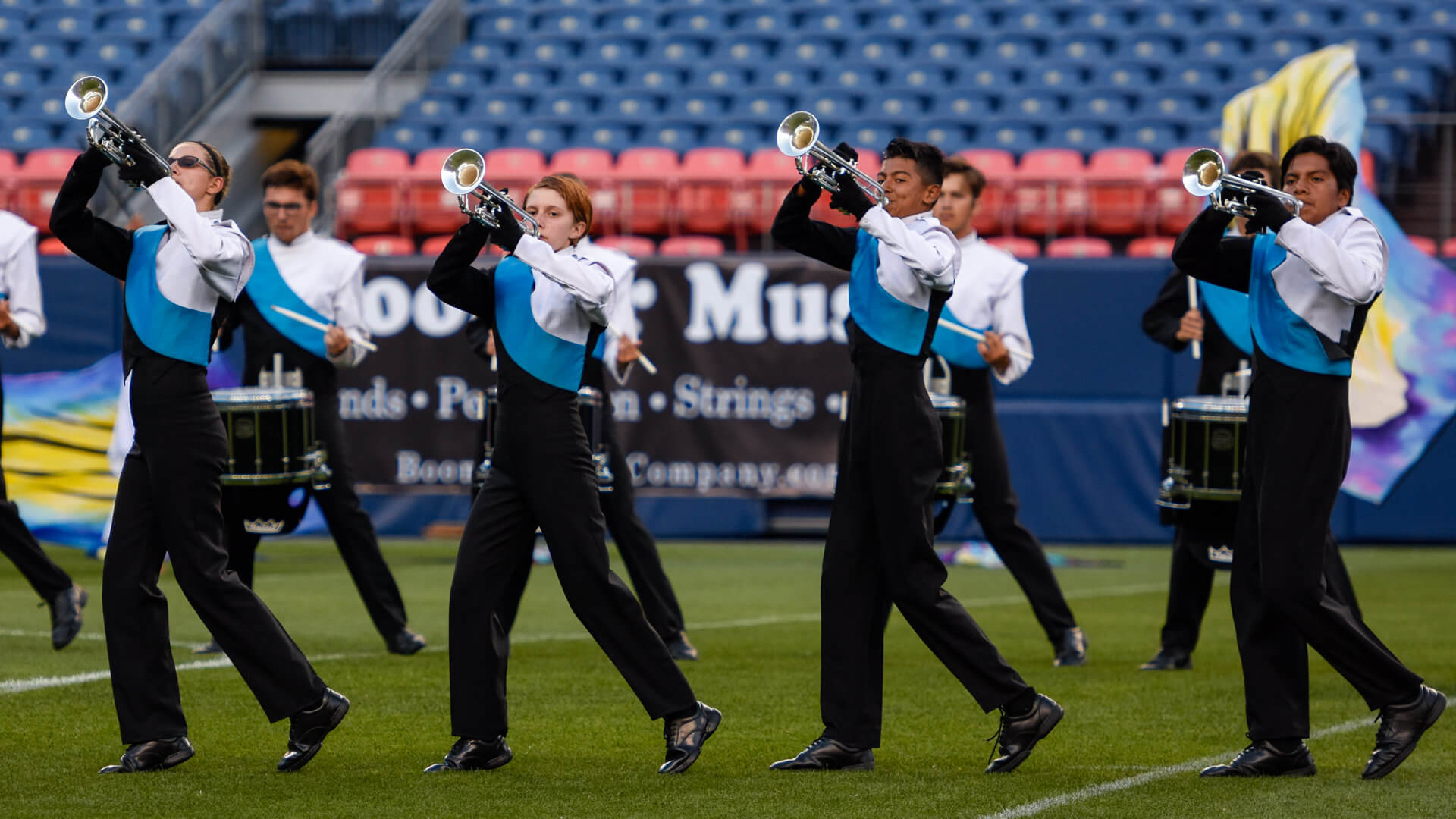 According to Lobdell, this season's production, “Do Not Go Gentle,” tested the corps' abilities moreso than in past years.

“This year we probably put together one of the hardest shows we've ever done,” he added. “We had a new music writer, so everything we've done up to this point has been a little bit different than what we've previously done, and I think we really pulled it off.

While he did say a full summer tour in the near future may not yet be in the cards for the Columbians, he expects nothing but continuous improvement in his return to the corps next season.

“I expect greatness,” he said, anticipating the summer of 2018. “The next level is where we're headed, and I'm really excited about that.”

For sophomore Open Class corps The Battalion, 2017 marked a record-setting season, as the corps improved on its closing score from 2016 by nearly 10 points, earning a score of 59.300 this past weekend in Denver.

A performance drum major Kylie Lincoln referred to as the “capstone” of the season, Saturday's final run showed the vast strides made by the Utah corps in just the organization's second year.

“This corps has grown, both in numbers and in maturity,” she said. “Last year, we got our job done and we were still trying to figure out how to do drum corps, and this year we've got a season under our belts which means we could really focus in on what really works for us in this activity. This year was really a good year for us to start honing in on what our future path is.” 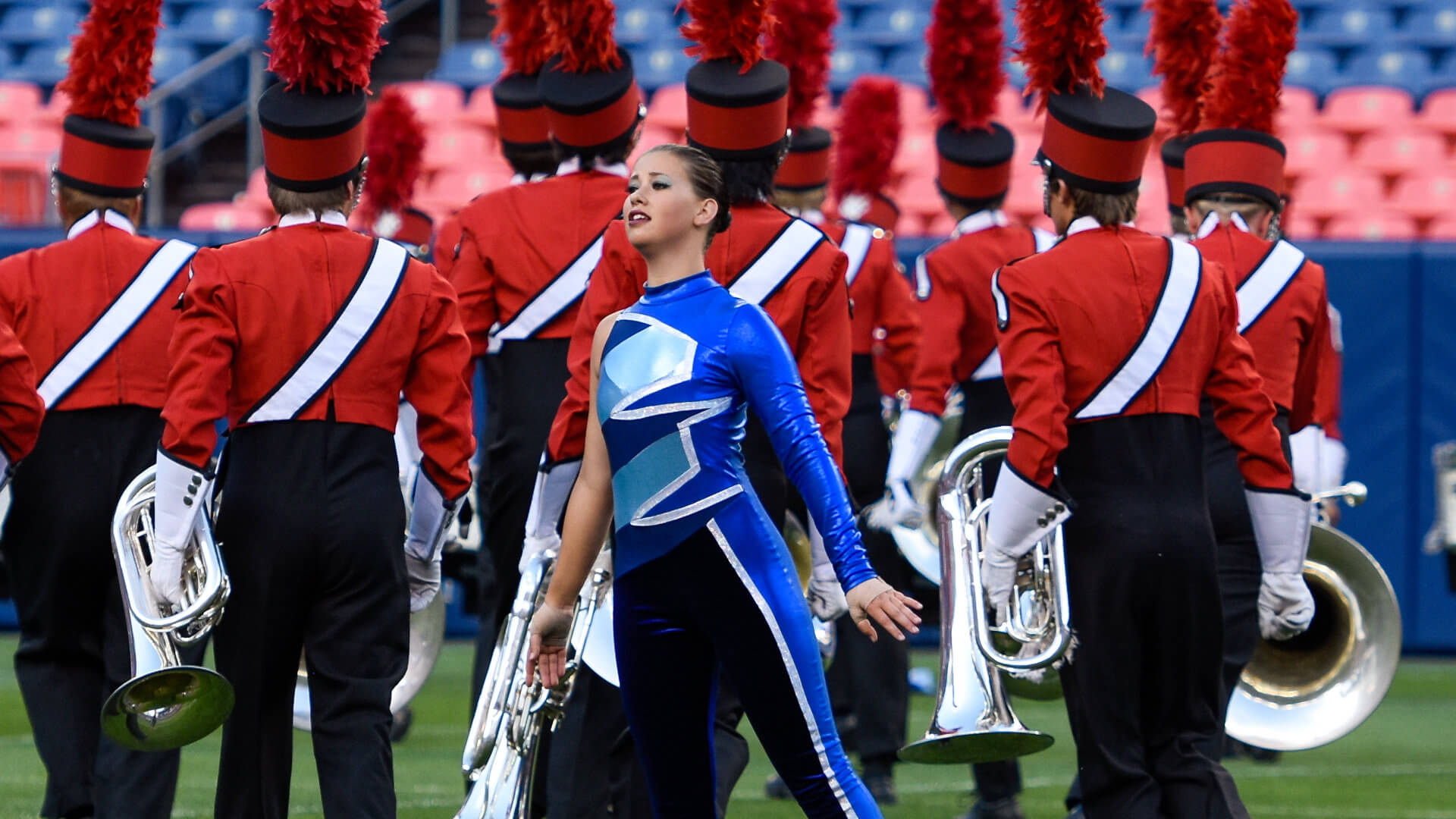 According to Lincoln, musicality ended up being one of the biggest areas of improvement for The Battalion this season, as the corps took some time this season to fully understand and connect with its show, “Listen to the Silence.”

“We came in and we didn't really understand the show, we didn't understand exactly what we wanted to do with it,” she said. “But throughout the course of the season we've really started to come into this show in a way that it's become ours, and it's become something that we understand and that we musically can now portray. Everyone I would say has definitely grown by leaps and bounds as musicians.”

Transcending the competitive aspects of the 2017 DCI Tour, Lincoln said a focus among her fellow Battalion performers on service inside and outside of the organization has been one of the keys to their success.

In the waning days of the corps' summer season, the performers' sense of service turned to one another as they banded together with a goal of reaching new levels of excellence.

“Obviously since our season is so short we have to punch it in hard and fast straight from the gates and we can never have a bad rep,” Lincoln said. “And they do that with the attitude of service because they're thinking about serving themselves with their purpose here, serving the corps and the members that are with them, and ultimately the audience, which I believe they did.”

So, where does The Battalion go from here?

“The corps just keeps getting better,” Lincoln said. “It goes on longer tours, it keeps refining and strengthening the roots that we're laying down. We hope that this corps will be around for generations but we know we have to lay a strong foundation. So we're going to keep laying that mortar and build it brick by brick.”