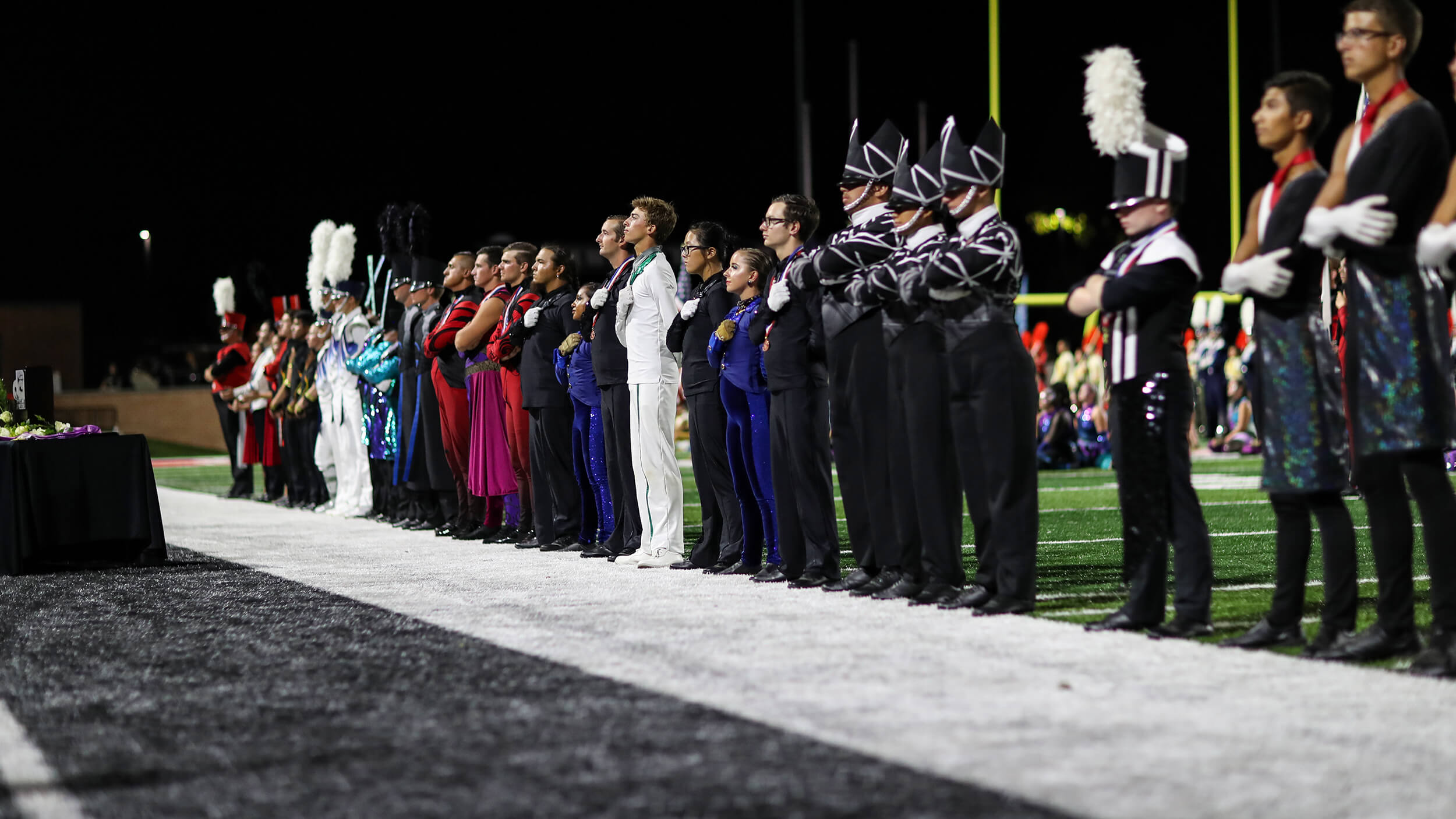 INDIANAPOLIS — As part of the 2020 DCI Annual Meetings in January, Open Class corps directors had the opportunity to meet and discuss their own set of prevalent topics.

The DCI News Network’s Dan Potter spoke with Open Class coordinator Dave Eddleman about the progress and outlook of corps at the Open Class level. Here are five key takeaways from the discussion:

What defines an Open Class corps?

Eddleman’s biggest takeaway from recent Open Class meetings was simple — There’s increased clarity as to what truly defines an Open Class corps, and what that means for the overall scope of drum corps.

“All the years that I’ve been involved, this is one of the first times that I’ve seen quite a lot of transparency with how an organization can move up or down through the activity,” he said.

Many of the details behind this process has been handled over the last number of years by DCI’s Membership Affairs Committee (MAC), which includes representation from DCI Open Class corps. One of the suggestions made by the committee has been a minimum membership limit between 50 and 55 performers with the intent of establishing that baseline to ensure that new and existing corps have an adequate foundation in place to support organizational stability and future growth.

Eddleman says that the MAC’s intent has not been to keep smaller corps from competing, but rather to promote positive growth and ensure that the organizational health is headed in the right direction.

“The goal, of course, and objective is to move forward with a larger group,” Eddleman said. “And be more comparable to the average size of our corps right now, which is about 100.”

Creating a drum corps is about creating an experience. With the DCI Summer Tour being, as Eddelman described it, the “pinnacle of the marching arts,” there’s an expectation for there to be a next-level kind of atmosphere.

“When a student comes to us, they’re looking for something bigger and better than what they did in high school or maybe even in college; they’re expecting something more,” Eddleman said. “We have to deliver that.”

With that in mind, Eddleman noted that it’s not about starting with the instruments and the members. The process in building that experience, as he laid out, takes many steps behind the scenes.

“Form a non-profit organization. Become a youth musical arts activity,” Eddleman said about starting a drum corps from scratch. “And then begin to build, from the board of directors, to the support in your community, and then open your doors for the kids to start coming in for the training.”

“We sometimes have thrown the training first and then tried to build the organization second,” he added. “And we really feel like it should be the other way.”

The intent of the SoundSport program isn’t solely to form new drum corps. SoundSport, more than anything, is a platform on which anyone can take part in regardless of instrumentation, age, size of membership, etc. SoundSport groups are not obligated to tour and can choose to participate in any number of opportunities which best suit their membership and organizational makeup.

That said, for organizations specifically looking to develop through the full-fledged process that it takes to become a competitive drum corps, it’s the perfect place to start, largely due to those limitless stipulations.

“They can get a group started and grow for two or three years,” he added. “And then they can come to us as Open Class, and if they want to compete and travel at that level, we can advise them on how to do that.”

One compelling statistic that Eddleman relayed points unequivocally to the growth in the strength of Open Class organizations — out of 24 Open Class corps in 2019, more than half had more than 100 members.

“The performance level, the training level, and the level of the organizations from a structural or corporate standpoint has grown so much in just the last 10 years,” Eddleman said. “It’s really remarkable.”

That’s largely thanks to the continued emphasis on creating sustainability. Many of the current “big names” in Open Class competition have been around for upward of 10 years — including all three of 2019’s medalists.

Groups like Southwind and Guardians both started as SoundSport teams and have gradually made their way to the level of consistent Open Class finalists.

A pair of corps are currently in the evaluation process to become new Open Class corps for 2020.

The first is Tempe, Arizona’s Phenom, a group that falls under The Academy’s organizational umbrella and has been a local SoundSport team for the last two years. According to Eddleman, Phenom’s evaluation process will likely be completed around the early part of March.

Coming from the all-age ranks of Drum Corps Associates, Carolina Gold — which has appeared at a number of DCI Tour events in the last few seasons — is also being evaluated as an Open Class corps.

“We feel pretty good about them, too,” Eddleman said. “We’re hoping that they will have a successful finish in the evaluation process, in March as well.”