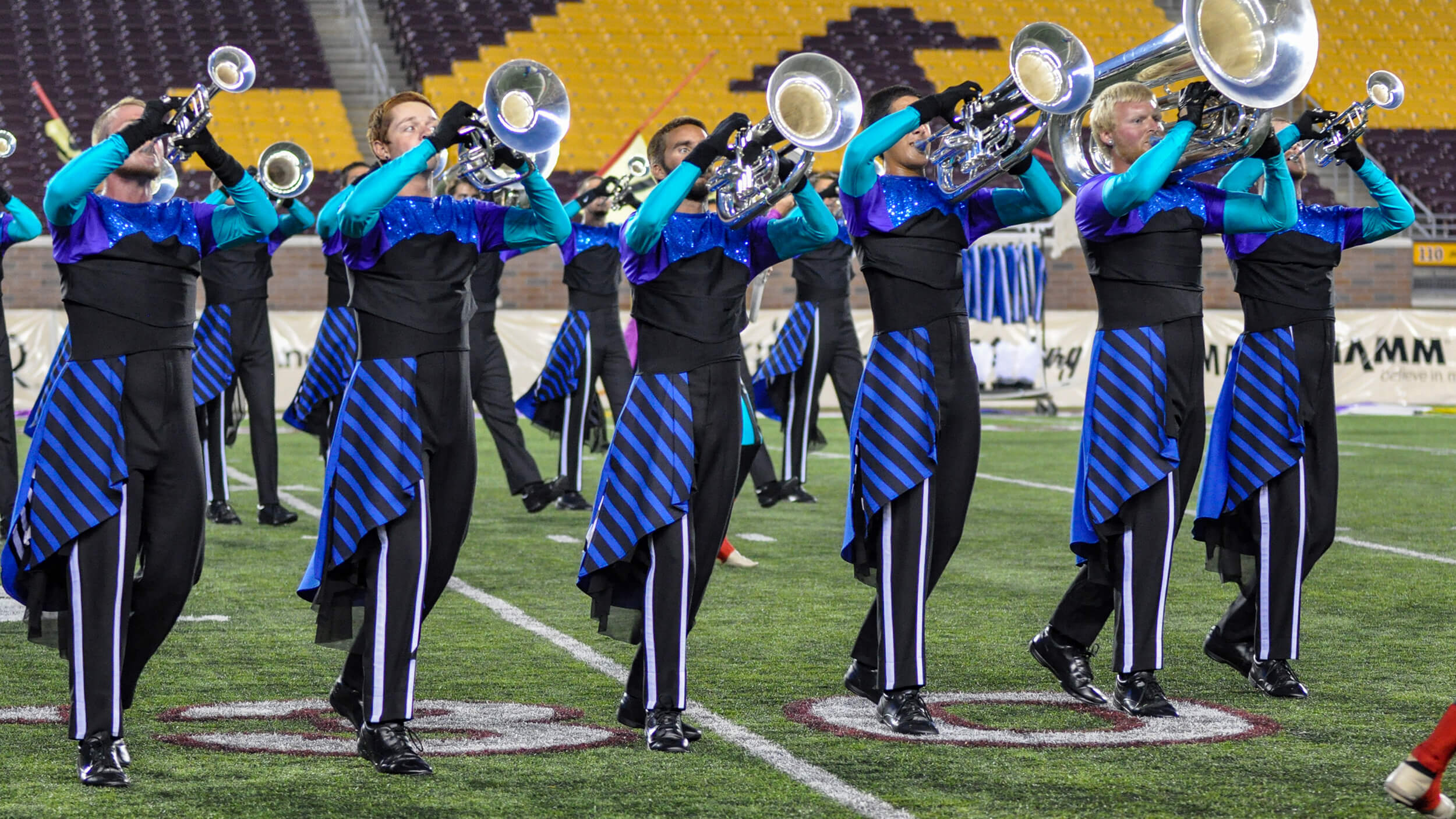 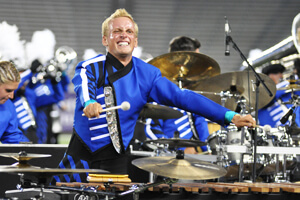 Blue Devils stood their ground at Drum Corps International's largest event of the 2012 summer season to date, coming out ahead of 17 other World Class corps in competition.

"It feels good," Blue Devils color guard member Rachel Silva said. "I think it pushes the corps, and once they find out how scoring went, it gives them that extra boost of confidence."

Blue Devils drum major Matt Williams said the win was great, and exactly what the corps needed to get the ball rolling.

"Having a big show like this under our belt, and knowing that we're headed in the right direction is definitely a confidence booster," Silva said. To get to this point, Williams said his corps, despite several recent rainy rehearsals, has been cleaning and implementing changes to their show "Cabaret Voltaire." 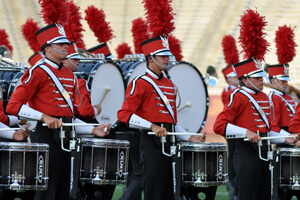 "It's definitely very encouraging for us," Boston Crusaders drum major Thompson Vou said. "We don't try to focus too much on the scores. We just try to push as hard as we can to get the best we can. But it was still encouraging to get that score that we want. It was really encouraging."

He said the Crusaders were well prepared coming into their performance at TCF Bank Stadium Saturday night. "We popped this one," Vou said. "It was really good." 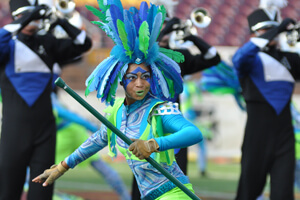 "I felt like tonight was a very solid performance and a really good reflection of what the corps has been doing the past week since we left Denver," Blue Knights drum major Angelo Sapienza said. "The fans are digging it, I think," Sapienza said about their 2012 field show "Avian." "You either love it or you hate it. But either way, you've got an opinion about it."

In 13th place were the Crossmen (72.80), whose drum major, Hunter Bown, said the day's hot weather wasn't a problem for his San Antonio-based corps. "This is nothing," Bown said. "We had spring training in San Antonio. This is a cool day."

He said the afternoon's performance was a solid run through, his favorite part being the crowd's response. "Right after the first movement, everybody was just on their feet," Bown said. "It helped us out a lot." 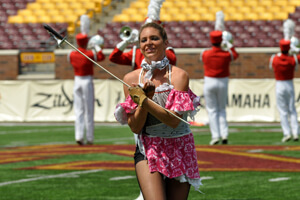 "Today was one of the best performances we've had, in a show setting and rehearsal setting," Music City drum major Chase Ramsey said. "I'm very happy with what [the corps] did."

The Tennessee corps combines popular tunes from "Phantom of the Opera" and country music for its 2012 field show "Phantoms of the Grand Ole Opera."

"Everybody loves 'Phantom of the Opera,' but not everybody knows country music," Ramsey said. "And being from Nashville, we have to represent our hometown."

View a photo gallery from this event.