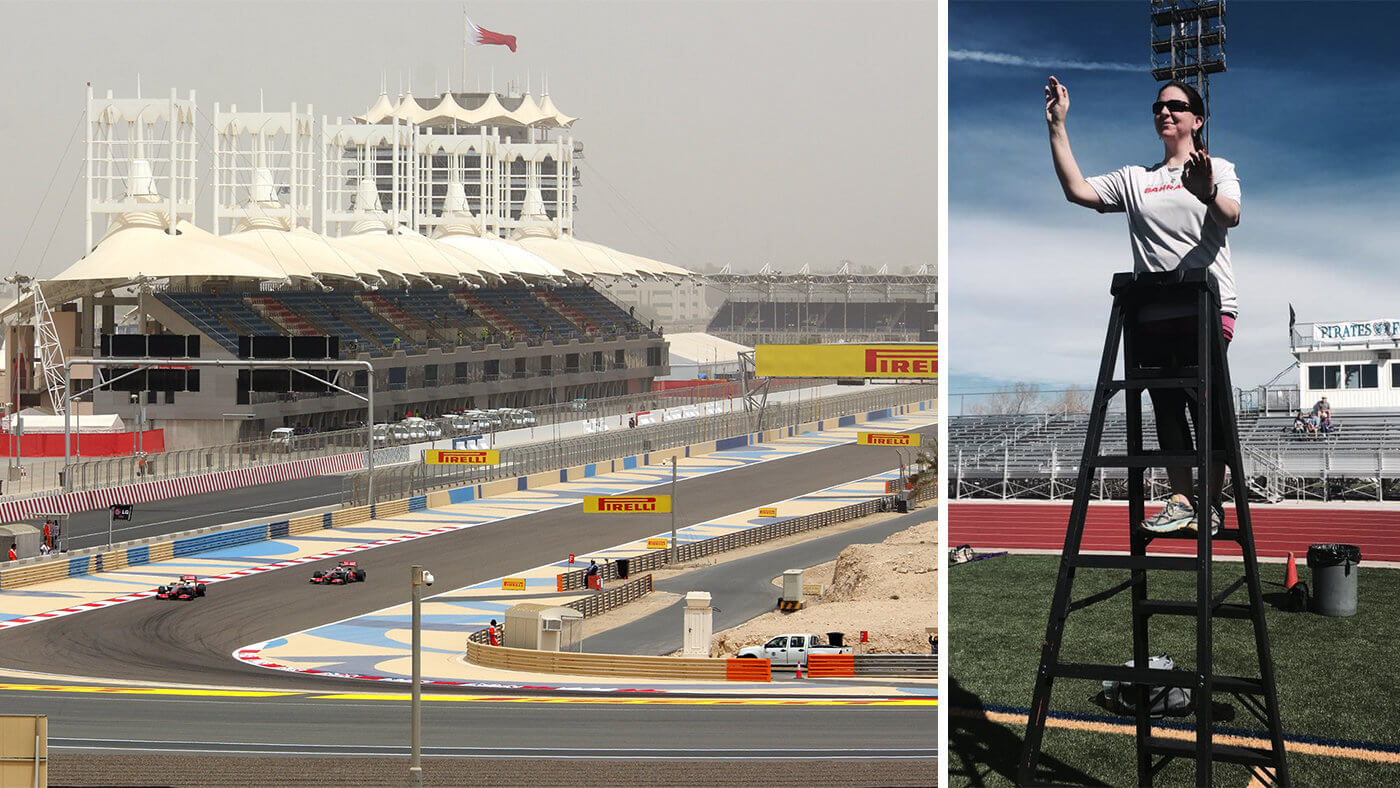 A Blue Knights ensemble will travel more than 7,600 miles this April to perform in Sakhir, Bahrain. (Shutterstock / Dr Ajay Kumar Singh / Ascend)Photo by: Drum Corps International
Thanks to a YouTube video, this April the Blue Knights will be sending an ensemble to the Persian Gulf nation of Bahrain to participate in the opening ceremonies of the annual Formula One Bahrain Grand Prix.

Blue Knights executive director Mark Arnold says the corps was invited to perform at the international motorsports event by the director of the Grand Prix’s entertainment division, who tries to find something new and different for each year’s running.

The director was looking on YouTube for something out of the ordinary when he discovered a video of the Blue Knights performing the Frankie Valli classic, “Can’t Take My Eyes Off of You.” He had never seen anything quite like it and investigated further before placing a phone call to the Denver drum corps’ parent organization, Ascend Performing Arts.

The ensemble making the trip will include 48 brass musicians, 24 percussionists and 28 color guard members who have been hard at work in recent weeks rehearsing a routine that they will perform in front of the main grandstand on the racetrack on April 16.

“We’re lucky as an organization to have the ensembles we’ve got,” said Arnold. “We’ll be utilizing members from our Broncos Stampede drum line that plays at NFL football games. Most the drummers going on the trip are alums because the Blue Knights winter drum line will be performing at the WGI Percussion World Championships the following weekend. There will also be a lot of alums in the color guard as well since the WGI World Championship guard weekend is just a few days before we leave.”

The performers will depart Denver on Wednesday, April 12, for the all-expenses-paid trip, and will arrive in Bahrain Thursday evening after an 18-hour flight that will cover more than 7,600 miles. Helping the corps to travel relatively light, the organizing committee will be supplying front ensemble instruments.

The Blue Knights made a similar international journey with an ensemble in 2014 to perform in Taiwan, but this trip will mark the first time an American drum corps has ever set foot in Bahrain. While the country is an extremely westernized nation of 1.3 million, the corps will spend time learning about the local culture and its traditions before its departure.

The Grand Prix opening ceremonies performance will take place on Sunday, April 16 at the Bahrain International Circuit in Sakhir. Before flying home, performers will spend a day sightseeing.

“Opportunities such as this trip elevate our brand here at home as well as on the world stage,” said Arnold. “Yet most importantly, this trip will provide our participants with incredible life experiences far beyond that of our individual programs.”