From a Blue Stars press release: 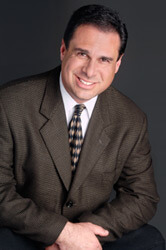 Howard Weinstein
The Blue Stars have appointed Howard Weinstein as the organization's new corps director. According to a press release from the Blue Stars, Weinstein will help facilitate an educational and rewarding experience for the students, staff and volunteers within the organization, and support the continued growth of the drum corps. "Having Howard as part of the Blue Stars management team bodes well for the continued success of the corps," said Blue Stars executive director Brad Furlano. "His extensive experience as an educator and corps director will allow him to step in immediately and capitalize on our momentum of the past five years." As part of the drum corps activity, Weinstein most recently served as director of the Boston Crusaders from 1999 through the 2007 Drum Corps International season. He takes over at the Blue Stars in place of Eric Sabach who stepped down from the position of corps director and director of youth programs last week. Read more on BlueStars.org.