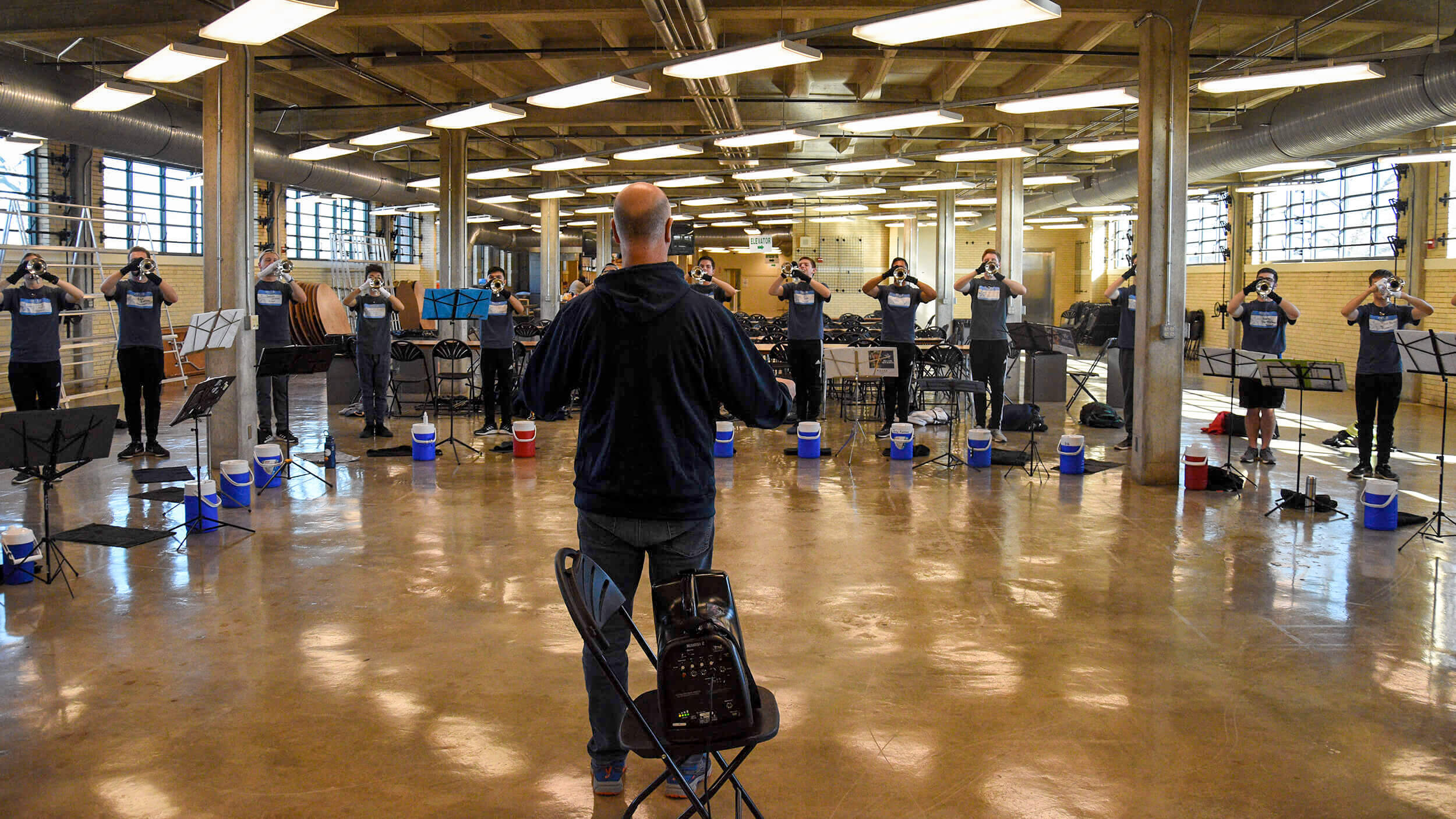 Blue Stars' 2020 brass section was in action March 6-8 at the Indiana State Fairgrounds in Indianapolis. Photo by: Drum Corps International

As the Blue Stars prepare for the 2020 Drum Corps International Tour, the name of the game is simple — accountability.

It’s all about setting a high standard as far in advance as possible. The sooner the foundation is set, the sooner the structure can be built; that’s the idea.

And the corps’ most recent brass rehearsal camp, held March 6-8 at the Indiana State Fairgrounds in Indianapolis, proved to be yet another major step in that direction.

“It's a really intimate weekend where we get to meet everyone and make sure that we're building a good culture,” horn sergeant Jacob Kessler said. “We're setting the standard across the horn line of what is expected for the rest of the season.”

One could argue the standard has been set the last two seasons, competitively speaking, for the La Crosse, Wisconsin corps.

“The horn line is in a fantastic place,” brass caption head Travis Larsen said. “We have a great mix of veteran leadership and veteran members, and experienced performers from all different parts of the marching arts activity from other drum corps and from colleges.”

Numerically-speaking the bar has been raised. And the nitty-gritty details that lead to that kind of competitive result — which Blue Stars students and staff alike emphasized isn’t the main priority — have followed suit.

Enter that key buzzword, "accountability." The emphasis this offseason has been on each performer's individual contributions.

At camps like the one held in early March, that kind of thing manifests itself in an attitude and a tangible approach to rehearsal; all of the details have been established, and it’s the corps members’ jobs to execute what’s been given to them in order to maximize the amount of time they’re able to spend in one place as a unit.

“We are in a much better place than in previous years,” third-year mellophone player Kat Rech said. “Just the drive that people have ... that high accountability has really pushed us to want to do better. If you put in all the work now, once we hit spring training, we're going to kick butt.” 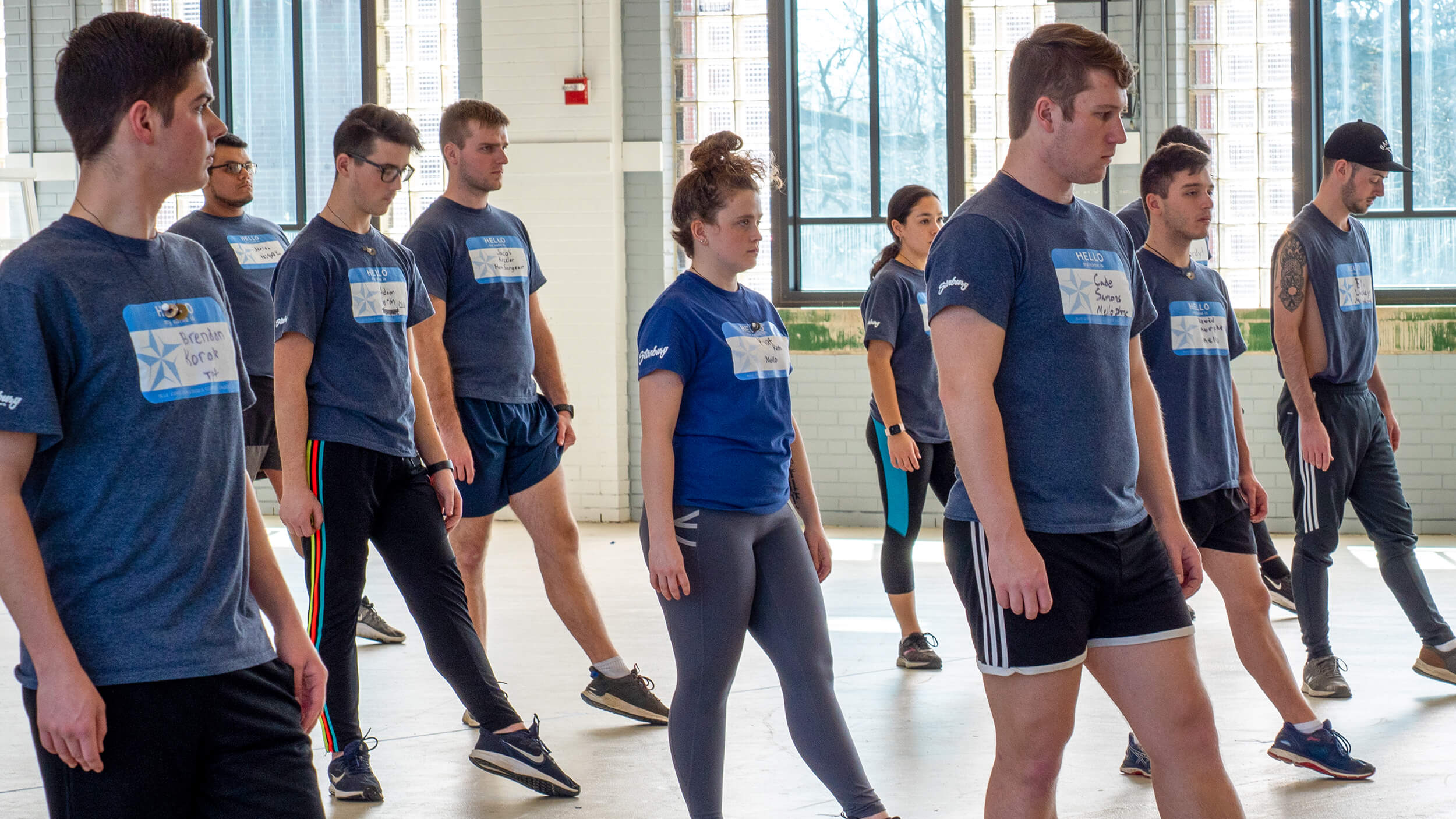 Blue Stars members during a visual rehearsal block at the corps' March brass camp in Indianapolis.

Accountability goes far beyond rehearsals, though, and that’s to be expected. Corps members spend most of the offseason, of course, outside of rehearsal.

Video assignments, handled via SmartMusic — software that allows students to play through musical assignments and to be graded on their accuracy — allow members to keep building upon what they’ve learned between rehearsals.

According to Rech, the standard on those assignments is a 97 percent success rate or better. But members hold themselves to a higher standard. They don’t want anything less than 100 percent.

“It's pushed me to really see how far I can go and how perfect I can get things now,” she said. “Then when we come back (to camp), it's already going to be perfect — not really perfect, but it's going to be good enough that we can start to improve and really get everything tightened up.”

As drum major Karina Howley described, keeping each other accountable during the offseason hasn’t been a begrudging process.

The first word she used to describe the atmosphere surrounding the 2020 corps? Eager.

“People are so ready,” Howley said. “Even in between camps, there’s still that energy, that bubbling of, ‘We're ready to take on this summer.’ And of course, everyone is ready, but it's cool to see how Blue Stars are doing it the way the Blue Stars do.” 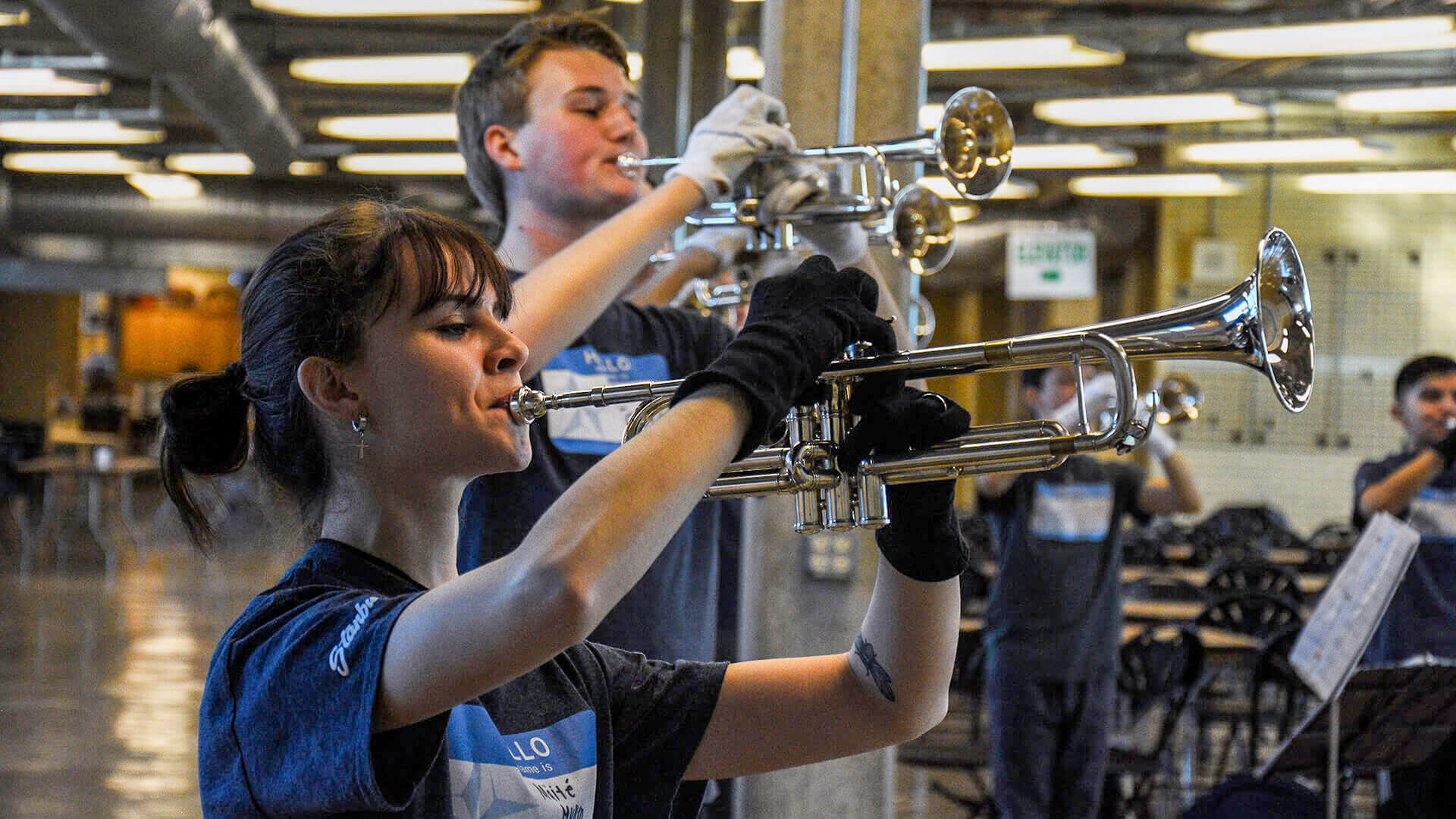 They’ve got plenty of reason to be eager about the 2020 Drum Corps International Tour, and the show material they’ve already gotten in their hands — which, musically-speaking, is about half of the corps’ 2020 production — is a big part of that.

Blue Stars announced back in the fall that “Still Life: 20/20” would be their show title for the upcoming season. While the corps has yet to release any more information regarding the program, members had plenty of positive things to say about the music.

“At least for the mellephone book, there's a lot of style and just a lot of finger candy; we’re playing a lot of notes,” he said. “I'm super excited to see how that pairs up with the (visual) drill. The second movement sounds extremely killer; there's a lot of moving parts to it, and a lot of emphasis and force that come out of it.”

With more and more show music comes more and more anticipation for the final product, which is currently being built brick-by-brick, not only in design, but in the detailed accountability being stressed to the membership.

Thursday, June 18 — Blue Stars’ season-opening performance at the DCI Tour Premiere pres. By DeMoulin Bros. & Co. in Detroit — will be here before the corps knows it.