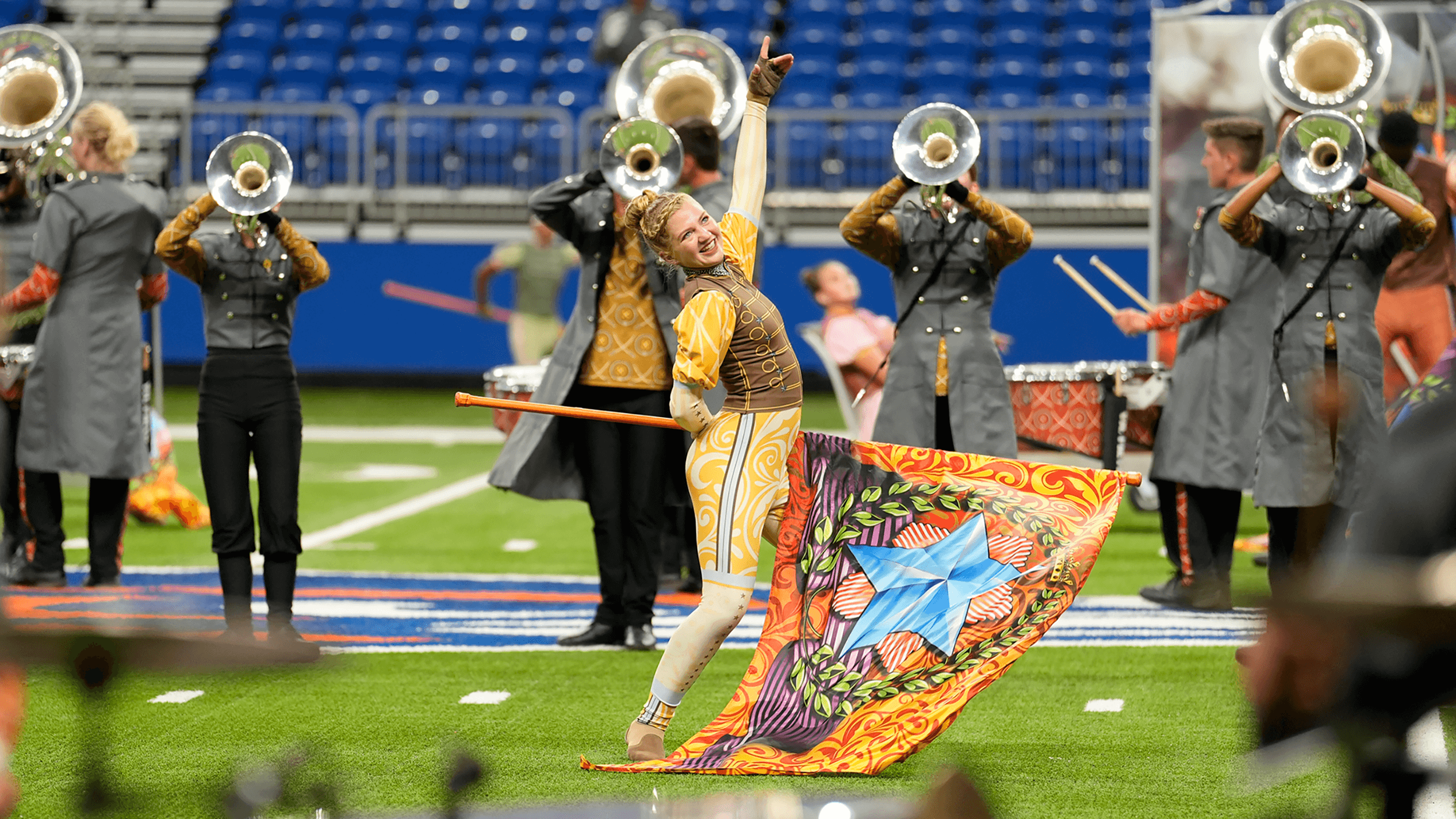 It’s been a good summer for Blue Stars.

The corps, competitively, had two of its strongest years ever prior to the COVID-related shutdown of the drum corps activity. It earned eighth place in both seasons, and set its second-highest final score ever as a World Class corps.

Blue Stars, statistically-speaking, were also one of the biggest in-season improvers in terms of scoring trends in 2018 and 2019, and that phenomenon carried into 2022. The La Crosse, Wisconsin corps opened its season June 28 in Detroit, Michigan, scoring behind Phantom Regiment and The Cavaliers.

In the weeks since, the corps has leapfrogged both of those corps in the overall rankings — the latter of which it hadn’t outscored head-to-head in over 40 years — both by substantial margins.

And after a strong showing at the DCI Southwestern Championship pres. by Fred J. Miller, Inc. — one that saw Blue Stars earn seventh place — the corps is poised to reach new heights again in 2022.

“It's fun to see the audience and the judges and just the community enjoy what we do,” Blue Stars drum major Karina Howey said. “I would say that's the best benefit of where we are right now competitively.”

A seventh-place ranking, should it hold through the DCI World Championship Finals, would be Blue Stars’ best World Class finish since 1977.

It’s not all about the scores, of course. But positive feedback across the drum corps community is fueling Blue Stars’ efforts down the stretch of the 2022 season.

“Seeing people say, ‘Hey, I think what you're doing is cool.’ We always have fans around the community, but it just feels a bit different this year, which is really exciting,” Howey said.

Blue Stars’ 2022 production, “Of War and Peace,” as Howey described, is somewhat of an emotional rollercoaster.

The program is by no means chaotic or hectic, but it travels up and down through many different highs and lows on a juxtapositional journey between times of hardship and tranquility.

“Our show explores how, in one part of the world or a part of a community, there can be lots of tragedy,” Howey said. “And at the same time, somewhere else can be living as normal.”

Howey said the opportunity to portray several different characteristics and emotions is one of her favorite aspects of the production. Ultimately, the “emotionally-taxing” — as Howey put it — nature of Blue Stars’ program builds to a strong and resonant payoff at the finish line.

“It's emotionally taxing because we go back and forth with it,” she said. “But it's great to end on the triumphant note that we have.”

And of course, set against a season that has brought about plenty of success to date, Blue Stars have their sights set on a “triumphant” finish to their summer of 2022.

“We've been putting in a ton of work, and we're reaping some of the rewards, but there's still plenty to go,” Howey said. “It's the beginning of the end, and we're really excited to surge to the finish.”