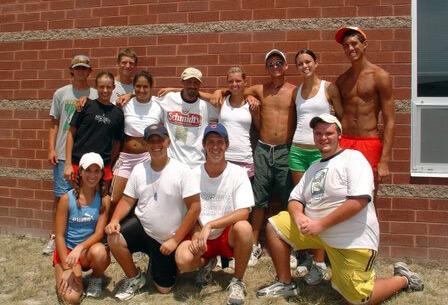 This photo was taken last summer during the 2006 drum corps season of the 12 second generation Blue Stars members that marched as part of the corps. The guy in the middle with the white hat is Eric Miller. He is an alum, instructor and has had family that also marched as members of the Blue Stars.