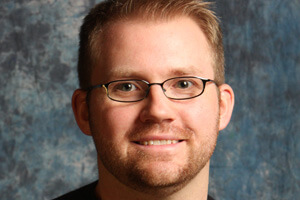 1. The Bluecoats had their best finish ever in 2010. Did the months before the season begin to feel any differently than they did in previous years?

We knew we had a talented corps; we were very excited about the show and it was the second year that our new design and instructional team had worked together, so we knew that we had a lot working in our favor. However, it didn't start to actually feel different until the show started to come to life on the field in May.

2. Where do you go from there?

We had a great season in 2010, but we didn't drastically change our process of teaching and designing the show from previous years. It was truly our members, instructors and design team who brought the magic throughout the season. Our plan for 2011 and beyond is to stay the course—continue to focus on the process we have honed over many years, while tweaking the areas where we know we can improve.

3. What is the competitive goal and mission in 2011 for the corps and staff? What is the corps' philosophy regarding winning and what are the members taught about being their best?

Our mission is to fulfill our potential for 2011, regardless of past seasons. Things are coming together very well so far, and we couldn't be more excited about our show, our corps, and the season. We strive to fulfill our potential and be the best Bluecoats we can be in any given year regardless of past seasons. So yes, we teach our members to strive for excellence and be the absolute best they can be.

4. It seems some fans did not critically receive your 2009 show as well as the 2010 show. In retrospect, was it perhaps a bit over-thought in concept?

That's a good question, because "Imagine" is one of my all-time favorite Bluecoats shows! Mingus' "Haitian Fight Song" and Maria Schneider's "Sky Blue" will go down in history as classics for us, and we always had great crowd response at every performance. Plus, our corps LOVED performing that show! We are very proud of that show, that corps and that season, and I think there was a lot for our audience to enjoy.

While we very carefully analyze each season and determine what we did well and where we can improve for the future, I wouldn't say that was the consensus among our staff regarding the 2009 show. In 2010, everything started with John Mackey's amazing "Asphalt Cocktail." We absolutely loved the piece, so our design team looked to design a world that we could build around it; that's what led us to the "Metropolis" concept. In 2011, there are a couple of other pieces of music that we love, and so we are looking to build a world around those pieces while also keeping in mind the environment we find ourselves in as a corps and an organization.

6. While we're on 2010, how did the electronic baritone solo in "Asphalt Cocktail" come to be? Was there any concern about it being too different?

This was our brass arranger Doug Thrower's awesome idea! We wanted to use "Asphalt's" clarinet solo and give it a "futuristic" twist. We never ever questioned that it would be too different, because we wanted to do something completely new. We weren't sure if it would work at first, but our electronic designer Kevin Shah did an amazing job bringing it to life from a technical standpoint, and our 2010 horn sergeant Patrick Geren nailed his performance every time.

We aren't quite ready to release our program title and other details, but we have announced that we are going to again explore John Mackey's incredible work as a composer. We've established a great relationship with him, and are in love with his piece "Harvest: Concerto for Trombone." While we will follow-up on some things we felt we did well in 2010, we have a few new ideas up our sleeve as well. Stay tuned!

8. What sort of things are you working on for the new Tour of Champions (TOC) event series?

There are a ton of great ideas that we are working on! There will be a part of each corps' show that only people attending the Tour of Champions shows will see, and I love the idea of getting the audience involved in judging the show through text voting.

9. What are you looking forward to most regarding the TOC?

I am looking forward to trying some new and creative approaches to the way we present our events. We spend our entire summers focusing on one 11-minute show, and with the amazing talent of our members and staff I think we have so much more to offer. The TOC will allow us to be more creative, and give our members even more performance opportunities that both they and our audiences will enjoy.

10. What would you like to say to fans that believe the TOC is not in the best interest of all corps? How will it benefit the corps that aren't in the TOC shows?

I personally look at the 2011 TOC as an opportunity for eight corps to experiment with a concept that could potentially be offered to all shows and all corps in the future. This could be a completely new way to present drum corps, and the eight of us will be able to work out the kinks before the concept is potentially expanded.

11. Last week you announced that the Bluecoats have purchased a new building to serve as the corps' headquarters. What does this mean for the organization?

Like a lot of corps, we got by over the years without owning property by renting space where needed, and relying on the kindness of local supporters of the organization for office space, bingo space, storage space, etc. It's always been a dream of ours (long before me) to own a building and a place to call "home," so we are very proud and fortunate that we were able to make it a reality this year. Not only will it be home to our offices, our equipment, and our bingo game; but with the rental space, baseball field, and club house on the property it will continue to be a center of the community in North Canton, Ohio.

12. How did you settle on the name of the new facility, "Champion Event Center"?

We are partnering with another non-profit organization in Canton, an amateur baseball team named the Stark County Terriers, to build a fresh new brand and facility for our bingo games held at the building. Because both of our organizations have competitive programs we felt "Champion Bingo" was a name for our games that would make sense for both of us while also being attractive to our bingo players because of the "winning" connotation. The property has a baseball field and is used during the summer for North Canton little league, and as most people know, the Canton area has a very rich history and tradition in football and other sports so we thought "Champion Event Center" was a name that made a lot of sense for us.