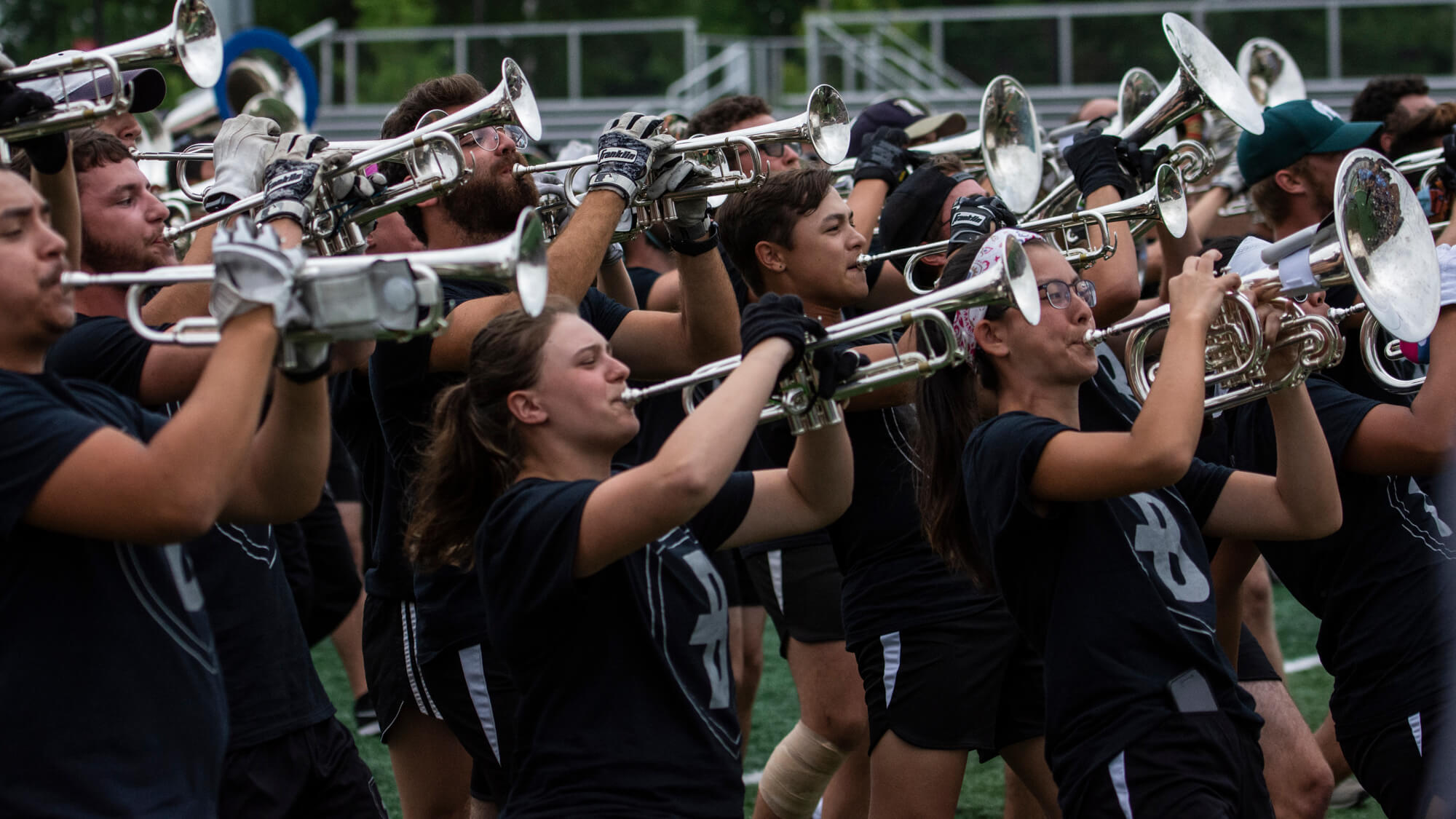 The Canton, Ohio corps made the conscious decision, that season, to keep information about their show theme and repertoire quiet up until the last possible second, just hours before debuting “Down Side Up” in Indianapolis. While it’s very unlikely that there’s a correlation, the Bluecoats also happened to bring home their first DCI World Championship title two months later.

Regardless, show announcements in 2017 and 2018 went down the same way, and inspired an explosion of excitement right as the corps prepared to step off for the first time each season. At this rate, 2019 is shaping up to be no different.

But there’s a method to the madness, according to Bluecoats chief executive officer Mike Scott. Ultimately, the "forcefield" of sorts that surrounds Bluecoats’ preseason rehearsals allows the corps to fine-tune its production, fully separated from any outside noise regarding expectations and thoughts on the concept.

“We love giving our design staff, our instructional staff, but especially the performers, this little zone where they get to sort of be in their own bubble and explore what exactly the show is,” Scott said. 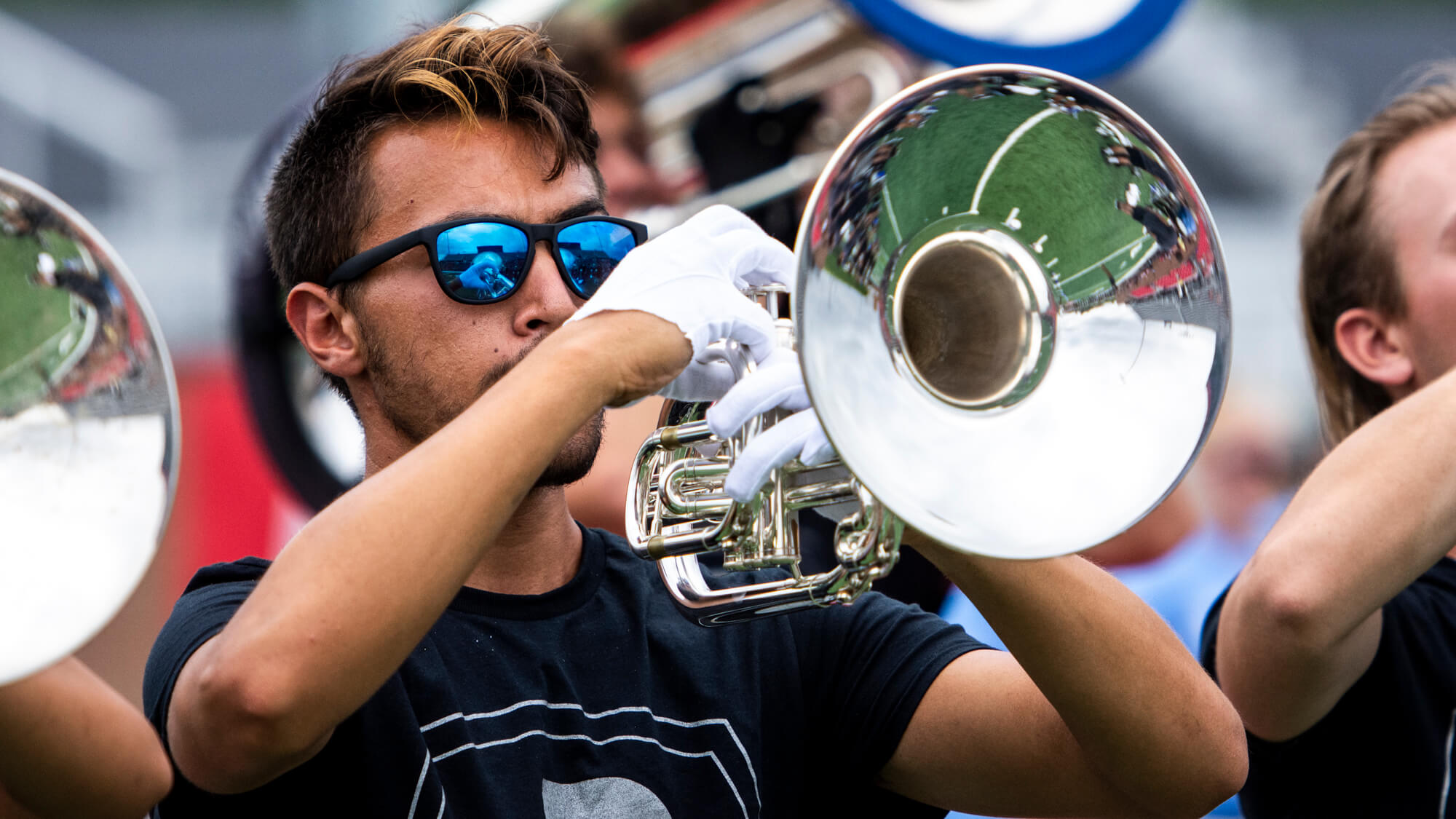 A different type of noise, instead — fans’ rapidly-growing anticipation — builds toward the starting line in Detroit.

And it’s no surprise that the performing corps members feel the same way.

“We are so excited about our show. It’s so cool,” drum major Peyton Grunzke said. “Every year, we’re like, ‘How could it possibly get better?’ And then it always does.”

Scott also described the show design glowingly, touching on tenants of performance that have been staples of recent Bluecoats productions.

“I think they’re extraordinarily excited about the show this year, but I probably say that every year,” he said. “This year provides a ton of opportunity for individual expression and expression of what exactly the Bluecoats are, and we’re going to do a couple of things that I think are really exciting, and I’m really looking forward to that.”

According to Scott, progress on the show itself is well on its way, with what he described as four of the five chunks that make up the production pieced together on the field as of the second week of June.

With the pieces almost entirely laid out, he said the main focus is on ironing out the infinitesimal details that go into taking it to the next level.

In terms of the corps’ development when it comes to growth and improvement both on and off the field, Grunzke described the 2019 edition of Bluecoats as a clear carryover from 2018’s bronze-medalist ensemble.

“It feels like we picked up where we left off,” she said. “We had a super successful season last year, a lot of member retention, our leadership team is amazing ... I think we’re miles ahead of where we were last year.” 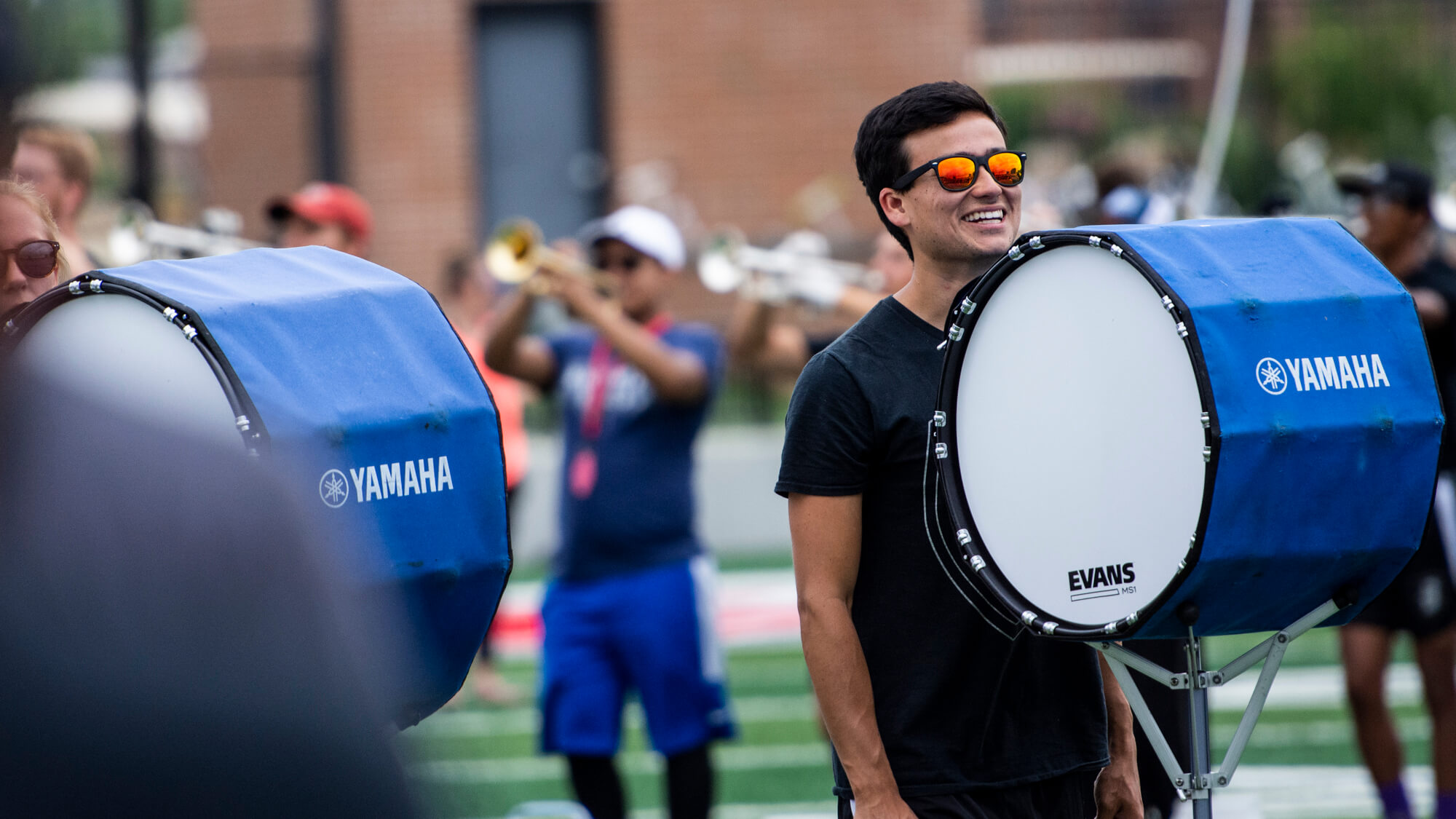 Keeping experienced corps members on board from one year to the next, in Grunzke’s eyes, is a key to developing the kind of group the Bluecoats want to be.

As she described it, building a “family-oriented” corps is an integral part of the process, and that kind of atmosphere doesn’t often materialize overnight.

“Member retention I think is really important,” she said. “It’s hard to have a family just meeting people for the first time. But the more people who we get to stay around, the more welcoming we can be for each other and for the new people.”

And with just over a week remaining until the corps’ 2019 season kicks off at the DCI Tour Premiere pres. by DeMoulin Bros. & Co., June 20 at Ford Field in Detroit, the Bluecoats are counting down the days until they can bring this year’s production to life.

“We cannot wait for the day when we take the field in Detroit and everyone gets to see what we’ve been doing all spring training,” Grunzke said. “It’s going to be really cool.”