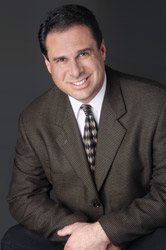 Howard Weinstein
Weinstein began his career with the Boston Crusaders in 1999, and led the corps to nine consecutive Drum Corps International World Championship Finals appearances. The board sincerely appreciates Howard's passion and dedication to the corps, and respects his decision. At this time, the Boston Crusaders' board has promoted Tom Spataro to executive director of the organization. Spataro has served as the corps' operations director for the past two seasons, and has taken on an increasing level of responsibility and demonstrated an unwavering commitment to the Crusaders organization, on and off the field. The Crusaders' Board of Directors is confident that Spataro's proven track record with management of the corps' operations, his knowledge of the activity, his leadership abilities and his dedication to the Boston Crusaders will mark the beginning of a new era for the corps. www.crusaders.com