From a Boston Crusaders' press release: Michael Shapiro joins the Crusaders team as Color Guard Caption Head for 2007. Originally from Fort Lauderdale, Fla., Shapiro was a member of Spirit of Atlanta and the Madison Scouts, and also was a member of Alliance of Miami. He went on to teach and write color guard work for Alliance, as well as many other drum corps and winter guards. "We could not be more thrilled to have Michael on board with us," said Howard Weinstein, Boston Crusaders' director. "His creativity, imagination, as well as his tradition of excellence will be a welcome enhancement to the Crusader team. Look for some more exciting additions to the Crusader visual team in the very near future." Read more about Shapiro on www.crusaders.com. 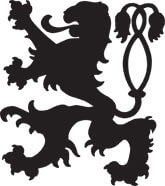