The Cadets and Crossmen announced today that their annual home show in New Jersey to be held Thursday, Aug. 3, has been "upgraded" from Clifton High School in Clifton, N.J., to Giants Stadium in East Rutherford, N.J.

Drum corps fans will be treated to corps at the top of their game as they ready themselves for the DCI Eastern Classic in Allentown, Pa., the next two evenings and the World Championships one week later. 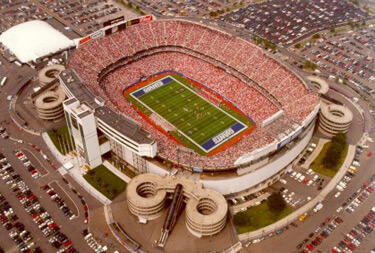 Featured along with the host corps -- the Cadets and Crossmen -- will be The Cavaliers, Madison Scouts, Carolina Crown, The Magic and Esperanza.

"For several months we have been negotiating with the great folks at Giants Stadium to bring back this annual event," said George Hopkins, executive director of YEA!. "We confirmed early this week that the original scheduling conflict within the Giants Stadium calendar had been removed, so it's full steam ahead for one of the best shows of the season."