Julie Grinnell sent us this picture: 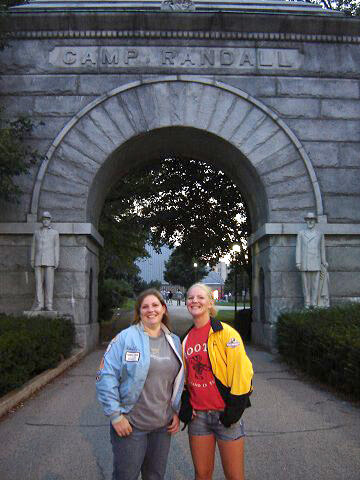 I played mellophone with Northern Aurora back in '86 & '87. Both of those years Finals was held in Madison. My oldest daughter Sarah is a veteran mellophone for Southwind. When I found out that she would be at Camp Randall for finals this year I thought it would be neat to get a picture of us in our corps jackets at the stadium. The stadium has changed quite a bit but it still brought back strong memories for me. It was awesome to be there again 20 years later, this time to watch my daughter and cheer her and her corps on.