From the Capital Sound Web site: Capital Sound is proud to announce that jazz trumpeter Bill Clark, a backup player with many artists including Wynton Marsalis and Doc Severinsen, will lead the corps' brass caption during the 2007 drum corps season. 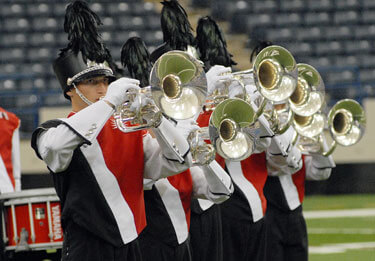 Capital Sound brass members will be taught by Bill Clark in 2007.
"I couldn't be happier having Bill join our team," said corps director Marc Gofstein. "He has both the professional and teaching experience I was looking for to give our kids the best brass education." Read more. Capital Sound also announced recently that the corps will focus on a Midwestern tour during the 2007 season, electing not to travel to Pasadena, Calif., for the 2007 Drum Corps International World Championships. Read more.