From the Carolina Crown Web site: Carolina Crown participated in the shooting of a statewide television commercial for the new North Carolina Educational Lottery on March 15. A group of about 25 current and former Crown members, as well as some of their friends from Western Carolina University and UNC-Greensboro, spent the day in an uptown Charlotte studio along with approximately 15 other actors to film several versions of the commercial. View the finished commercial and read more about the experience. 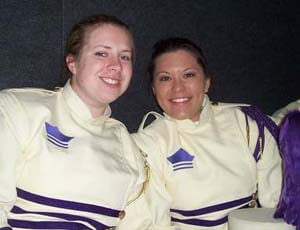