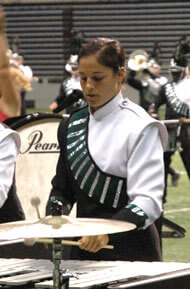 Faced with a new director, almost a completely new staff and a high member turnover rate, the Cascades started anew this season looking for a fresh start in the drum corps activity that would take them back to the successes they experienced in the early 2000s. Michael Leone, the new director of the corps and the past director of the Oregon Crusaders, believes the reconstruction taking place this season is laying the foundation for a new road of progress and achievements to come.

"When I was brought in as the new director I knew I was going to do things differently, so I immediately started setting goals that would keep the corps moving forward," said Leone. "Right now, we are exactly where we want to be. We're trying to grow, build, have fun and bring back some of the traditions that the corps once had."

In addition to the new staff changes this year, the Cascades have also dropped "Seattle" from the front of their name so that more fans can identify with them as one of the only Division I corps from the Northwestern United States.

Leone is also very hopeful that the work done this year by him and his staff, who are mostly Cascades alums, will influence the current members to stay with the corps for future seasons. He believes the Cascades turnover rate has always been a problem, and that keeping a consistent staff is the key to a corps' success.

"We want the corps to grow under this new leadership and build some new traditions so we can grow stronger every year," said Leone. "I'm hoping to keep our caption heads in place for the next three years, then see where we are after that and go from there." 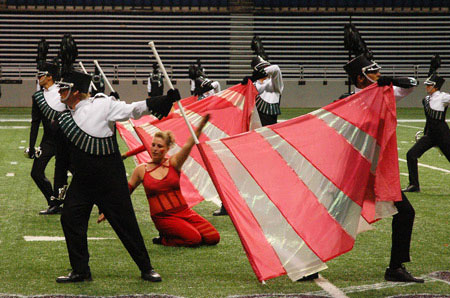 Doug Hooker, a color guard member of the Cascades, has been in the corps for four years and believes the new direction of the organization has been very positive, especially for the new members. He has much faith in the new staff and is looking forward to the corps' growth that will continue all the way to the DCI World Championships at Rose Bowl Stadium in Pasadena.

"The transition was a little rough, but all together we've had a really good season so far," said Hooker. "I feel that everything the new staff has brought us has been really good for our corps, and has made us progress to where we need to be."

As the Cascades continue their summer tour and make their way to Pasadena, they will continue to work hard and represent their refined corps with pride. Leone is very grateful for this new opportunity and is excited for the future of his new corps.

"The members are enjoying themselves and that's the biggest thing," he said. "As long as they have a good year and come back happy, and we find a way to retain most of our members, we will be successful."