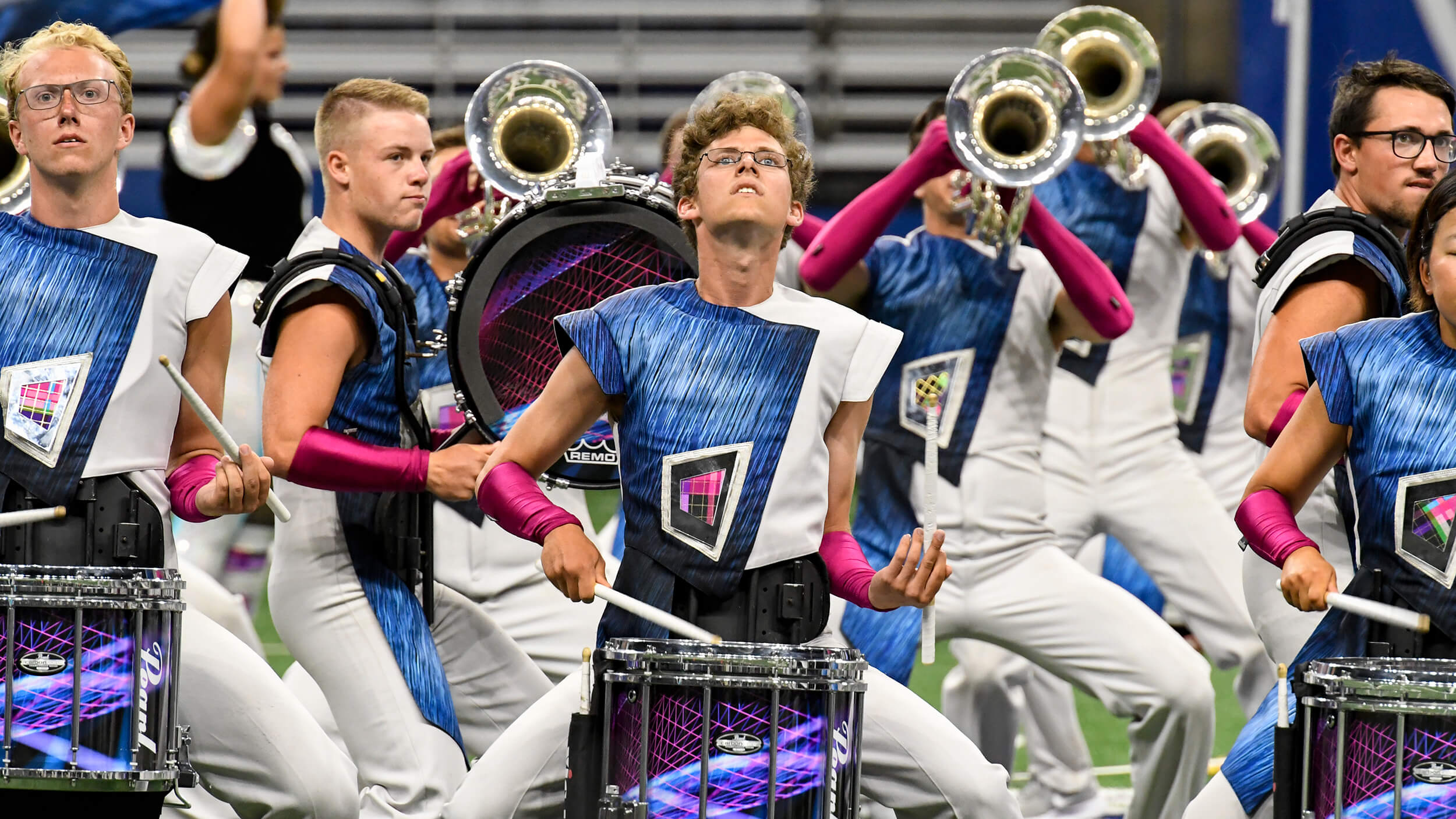 On Saturday night, Joey Massey walked around and mingled. After drum majors took the field for the announcement of scores, the leaders of their respective drum corps changed out of uniforms and back into street clothes.

As they spoke to those they knew both personally and from afar, the drum majors from all 22 World Class corps waltzed around like it was a cocktail hour. Through their parallel interests and positions, bonding was quick.

Massey, the Seattle Cascades’ drum major, has become quite good at that — introductions and such. He’s really had no choice.

The Cascades’ 2019 membership is made up of about 70 percent rookies, Massey noted. As a second-year member, Massey is a de facto veteran. He’s part of the other 30 percent in charge of welcoming in the rookies and introducing them to the Cascades’ family. 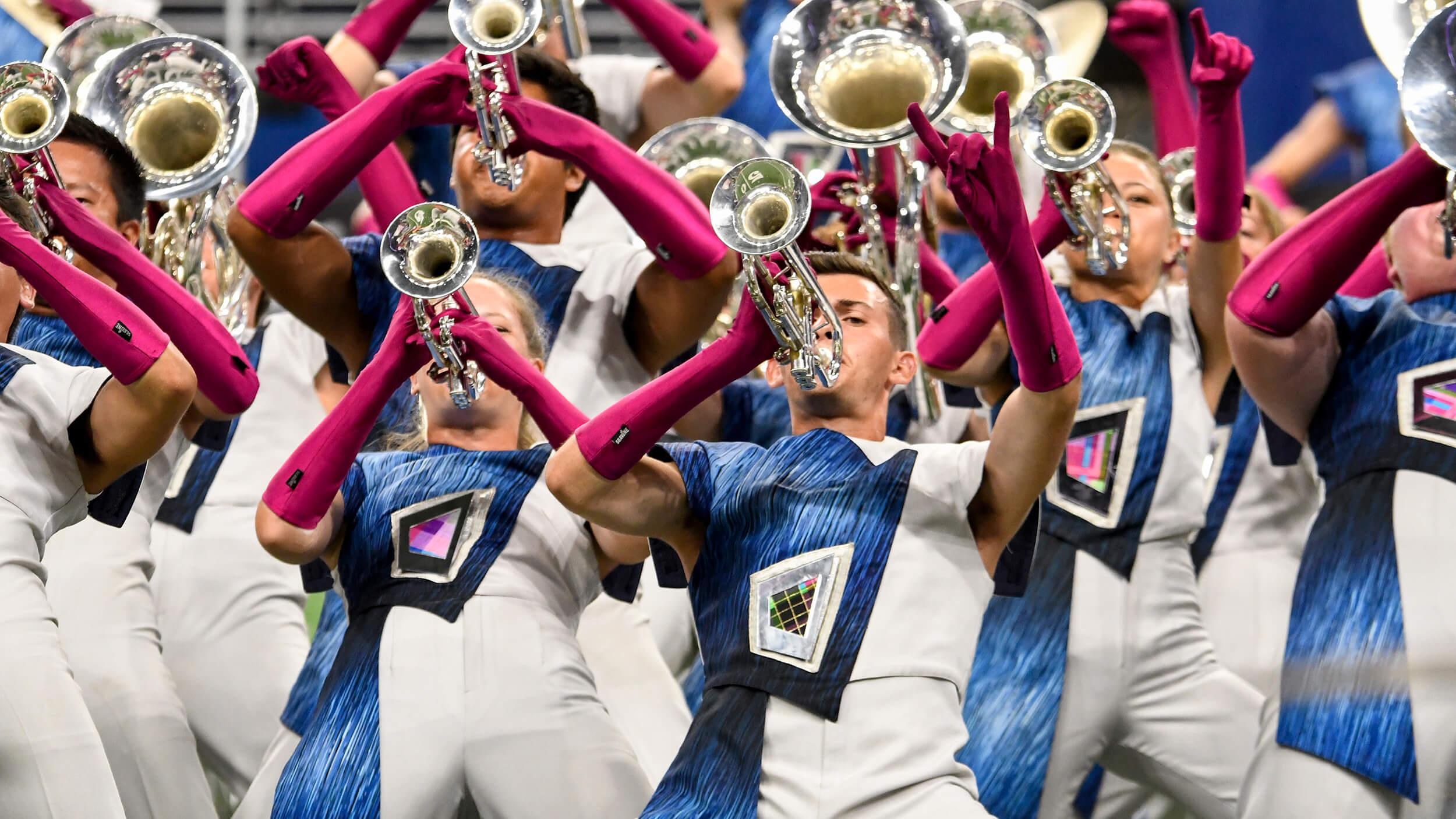 “That’s always been a big Cascades thing, we like to make sure that everyone feels like they’re part of the family and accepted into the family,” Massey said. “We try to make sure we have time to talk to each other, sit down and work together and really unite as a corps.”

The family atmosphere built trust. It allowed the Cascades to piece their production together show-by-show without the fear of incompletion.

Titled “Off the Grid,” Seattle Cascades’ production explores the narrative of escaping society’s norms. It opens with a tense rhythm, as if the performers are trapped. Subsequently, the ballad section represents the members bending and stretching the perceived norms. From there, they can crumble it.

“The percussion feature in the middle is like breaking down the grid and once we lift it, we’re off of it and are celebrating,” Massey said. “We’ve finally been freed from this trap and we’re able to progress and be individuals now.” 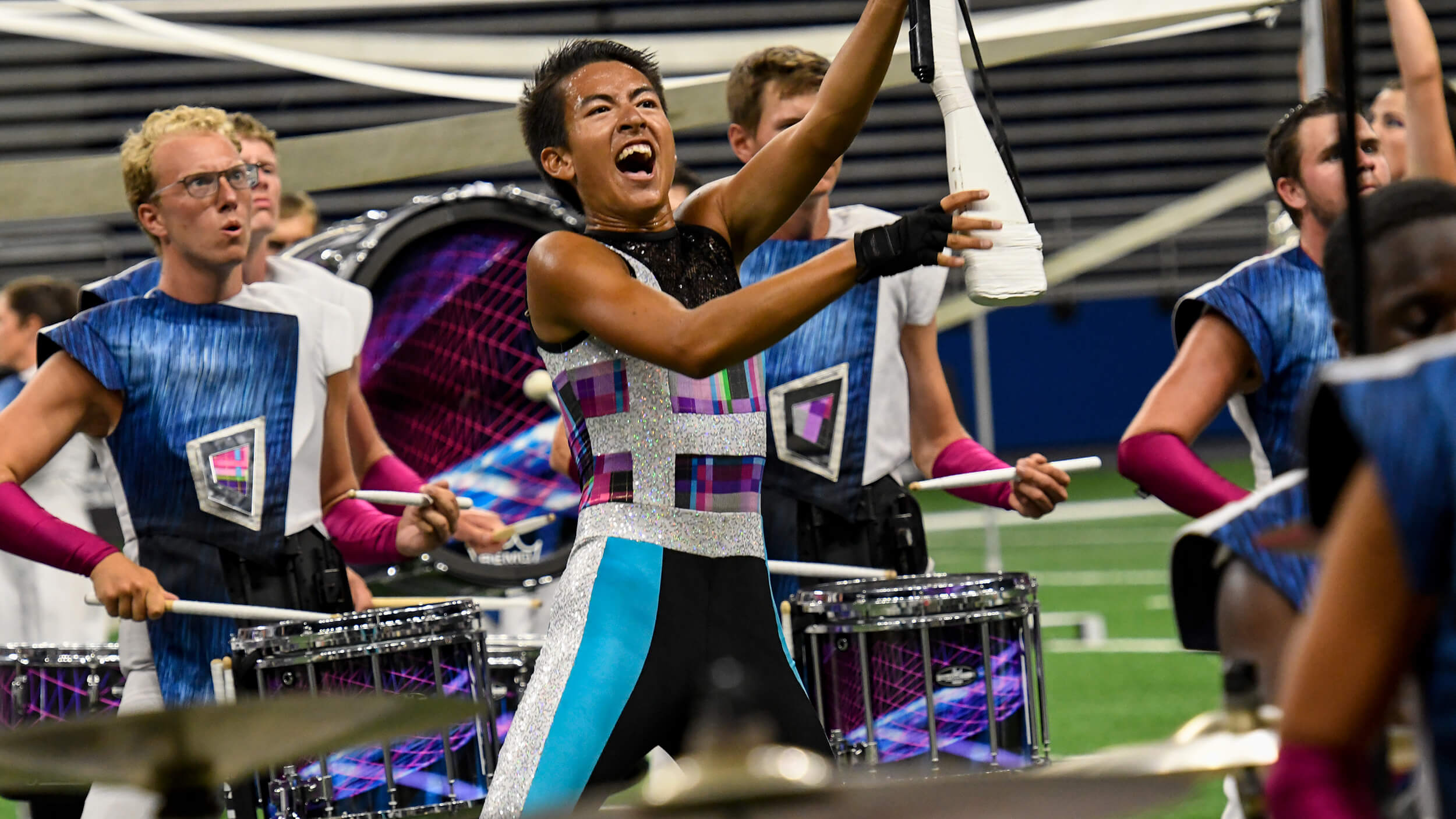 On Saturday in San Antonio, Cascades debuted their completed program for the very first time, earning a score of nearly 65 points.

After he came off the Alamodome field, the largest stadium his corps has performed in to date, Massey couldn’t help but think back to all the long and hot days that led to Saturday’s marquee performance.

“We have spent a straight five days rehearsing. We spent three days in Missouri just going hard,” he said. “It was hard. Then we’ve been making our way to San Antonio just practicing, getting as much as we can. They were ready for this show.”