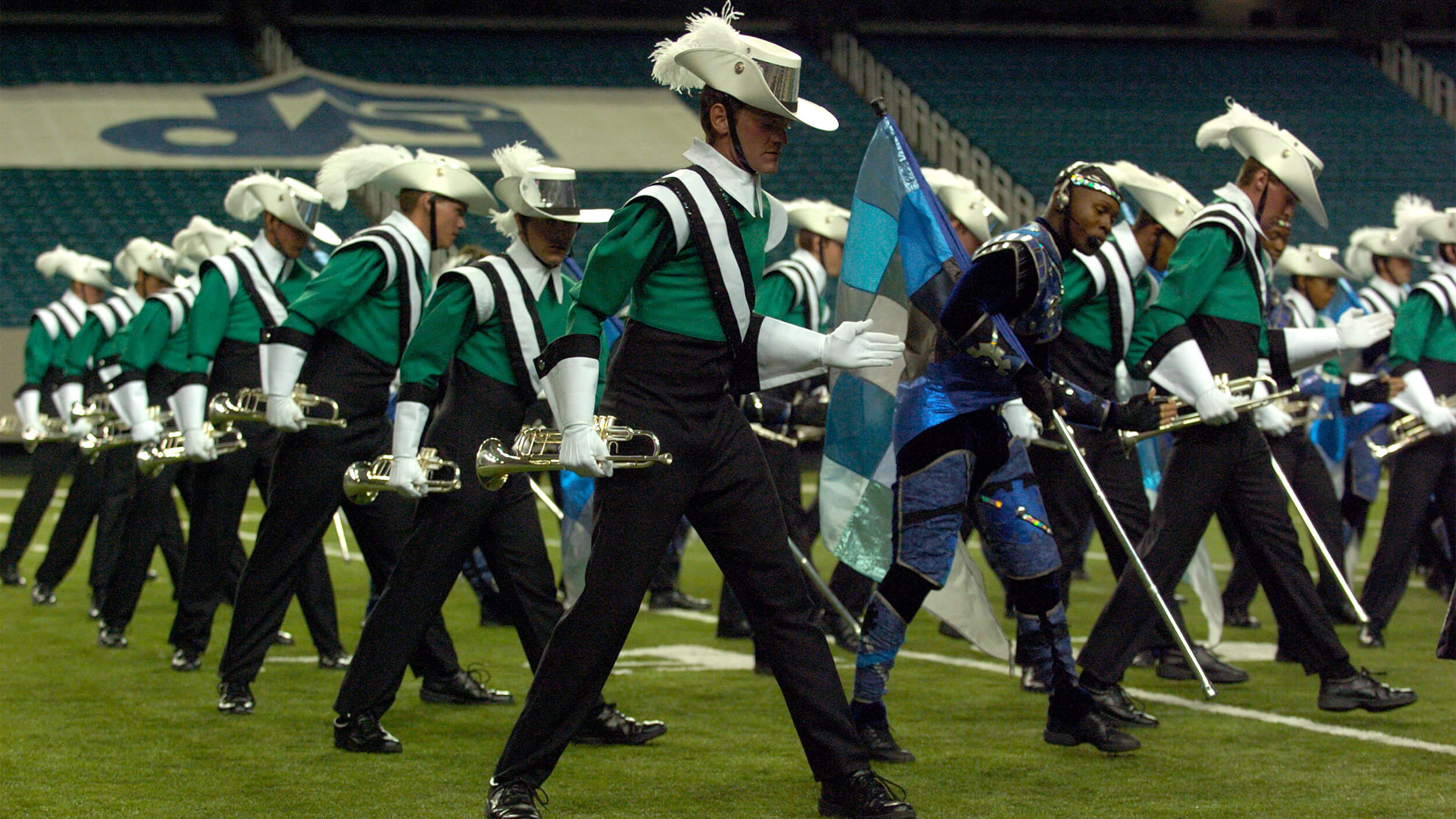 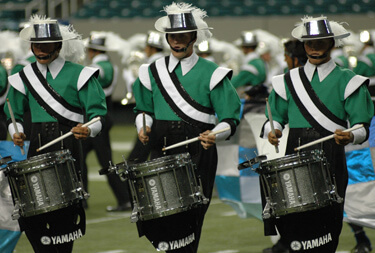 Blue Devils took the color guard caption and tied the Cavaliers for overall general effect. Phantom Regiment (third-92.000) took first in general effect visual, music brass and tied with Blue Devils between the two percussion judges to place just one point behind Blue Devils, clearly demonstrating that what seemed to be a two-way race for the top position last week is now a three-way race.

However, let's not be too sure of that. Bluecoats' score of 90.725 (4th place) is certainly within striking range, and the Cadets' score of 90.150 doesn't exactly indicate them rolling over to play dead. Trying to hold on to a top-six position is Carolina Crown (6th-87.000). Santa Clara Vanguard's 86.625 (7th place) and Blue Knights' 86.400 (8th place) means Crown has got to be looking over its collective shoulder.

This is our last opportunity to see all these corps in one show as next weekend's DCI Eastern Classic in Allentown is spread over two nights.

With a reported audience of more than 15,000 in a first-ever major event in the Georgia Dome, the Coltrin & Associates DCI Southeastern Championship can only be considered at the minimum a spectacular success.

Special kudos go to Coltrin & Associates for sponsoring this show. We look forward to a long and healthy relationship with Stephen H. Coltrin and his company for many years to come.

See you in Allentown!