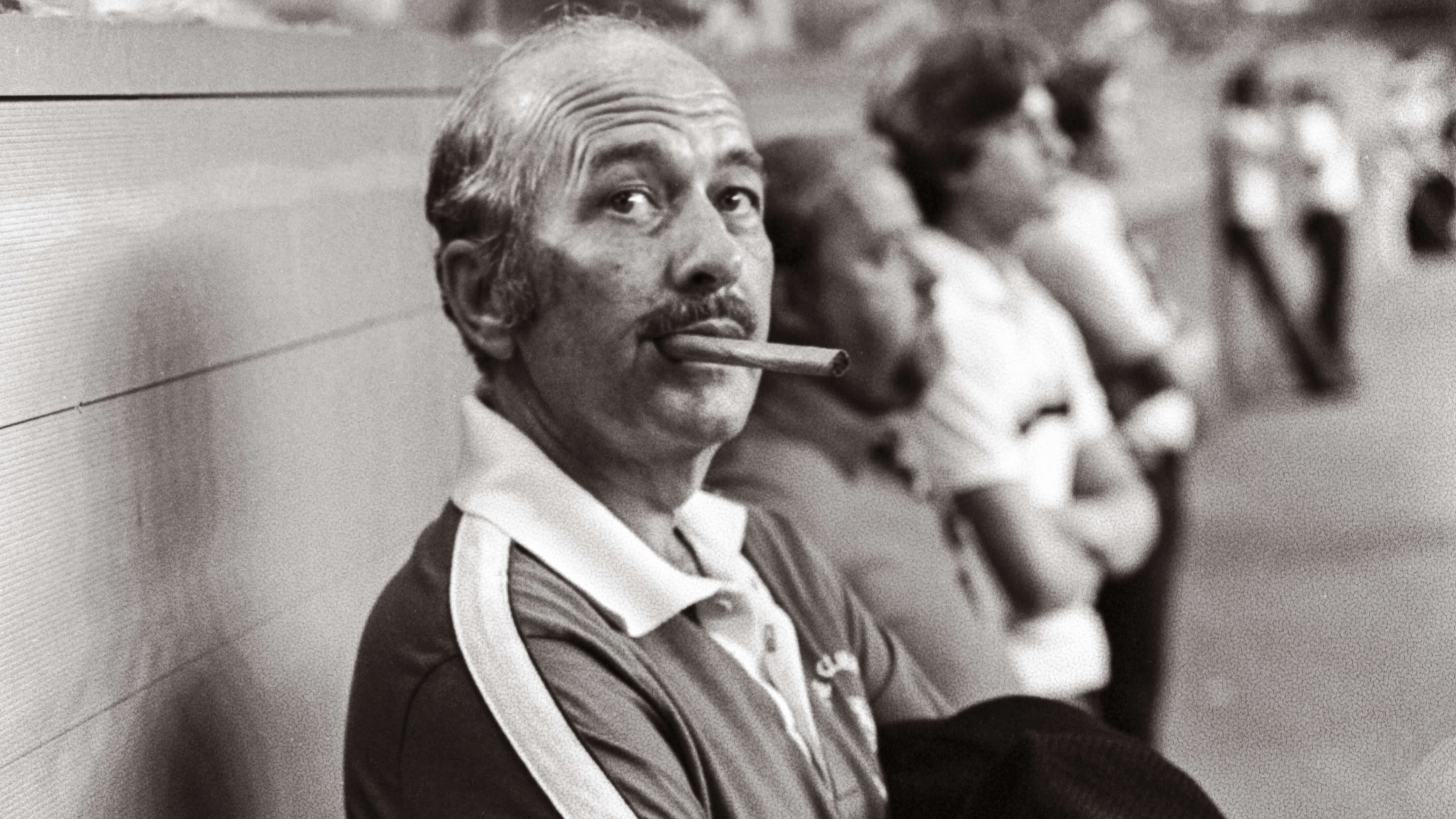 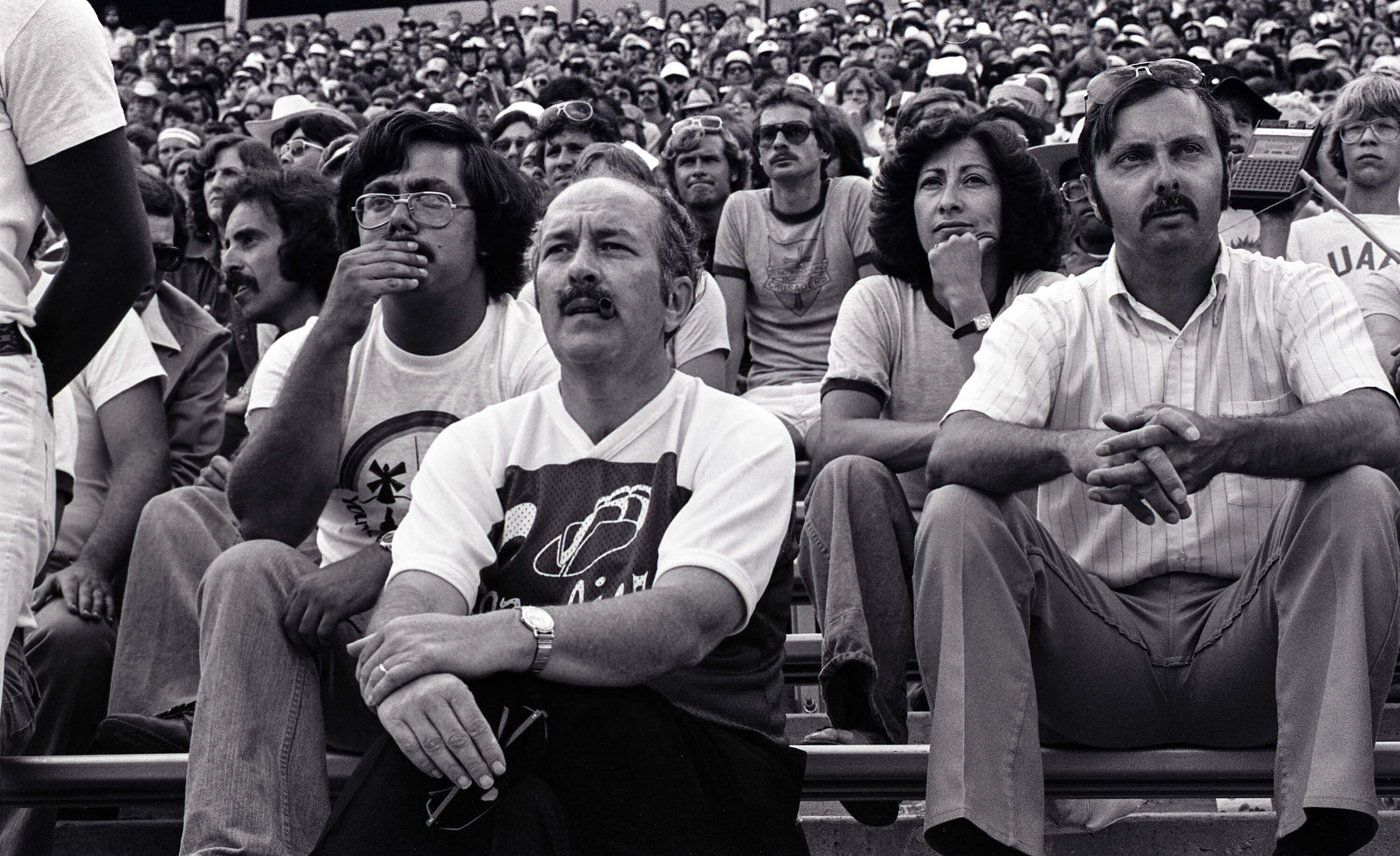 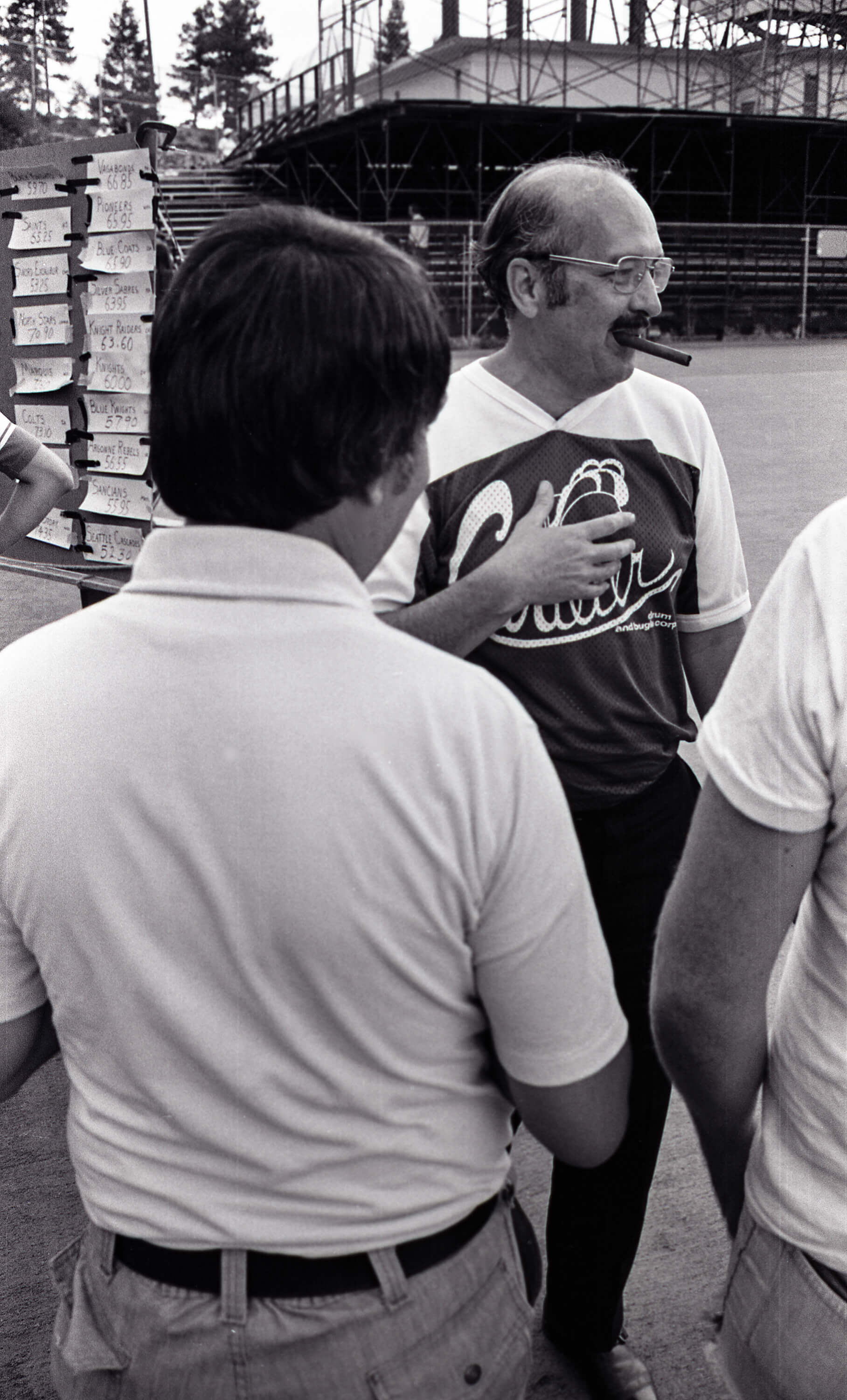 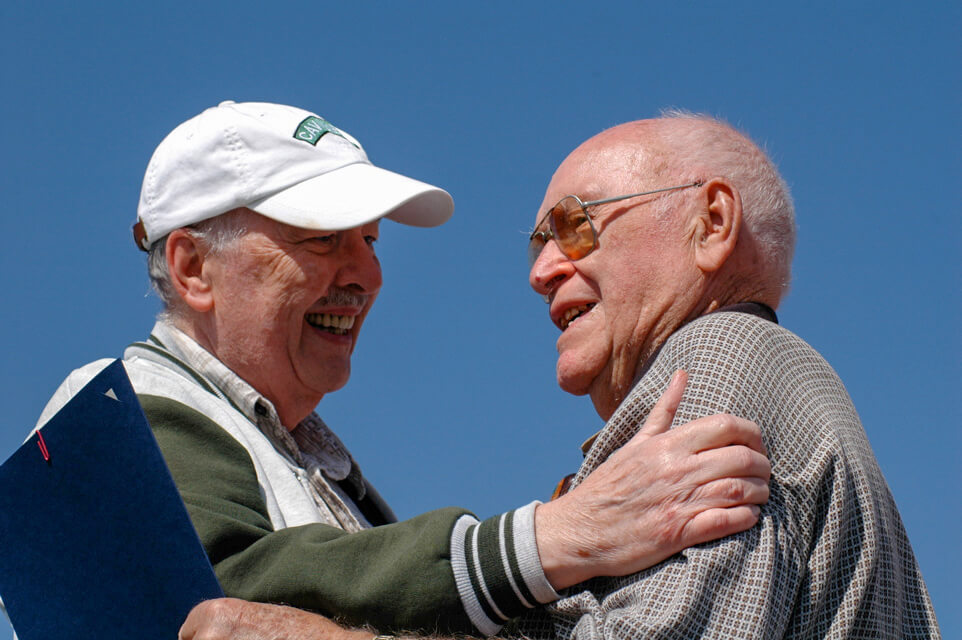 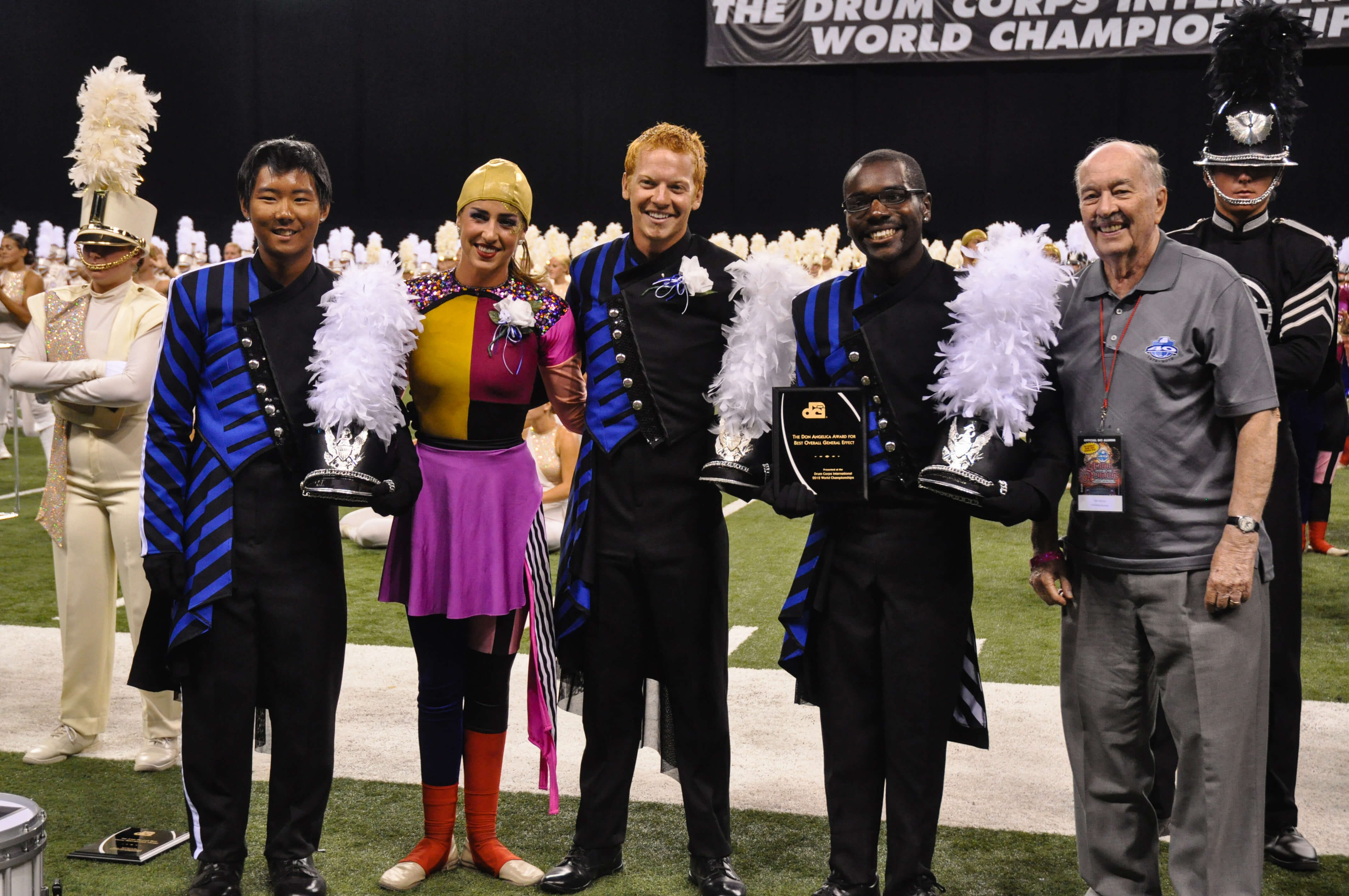 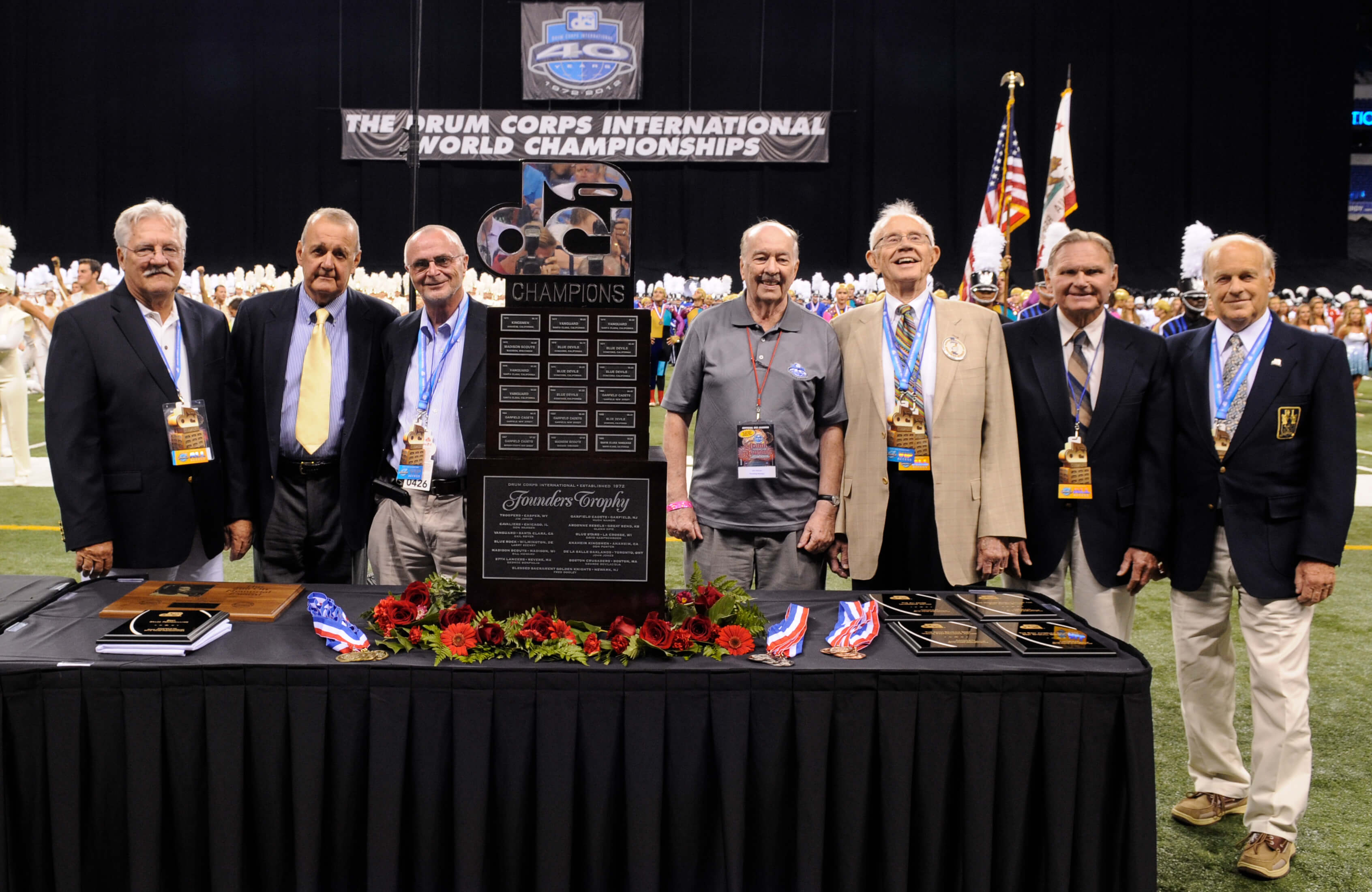 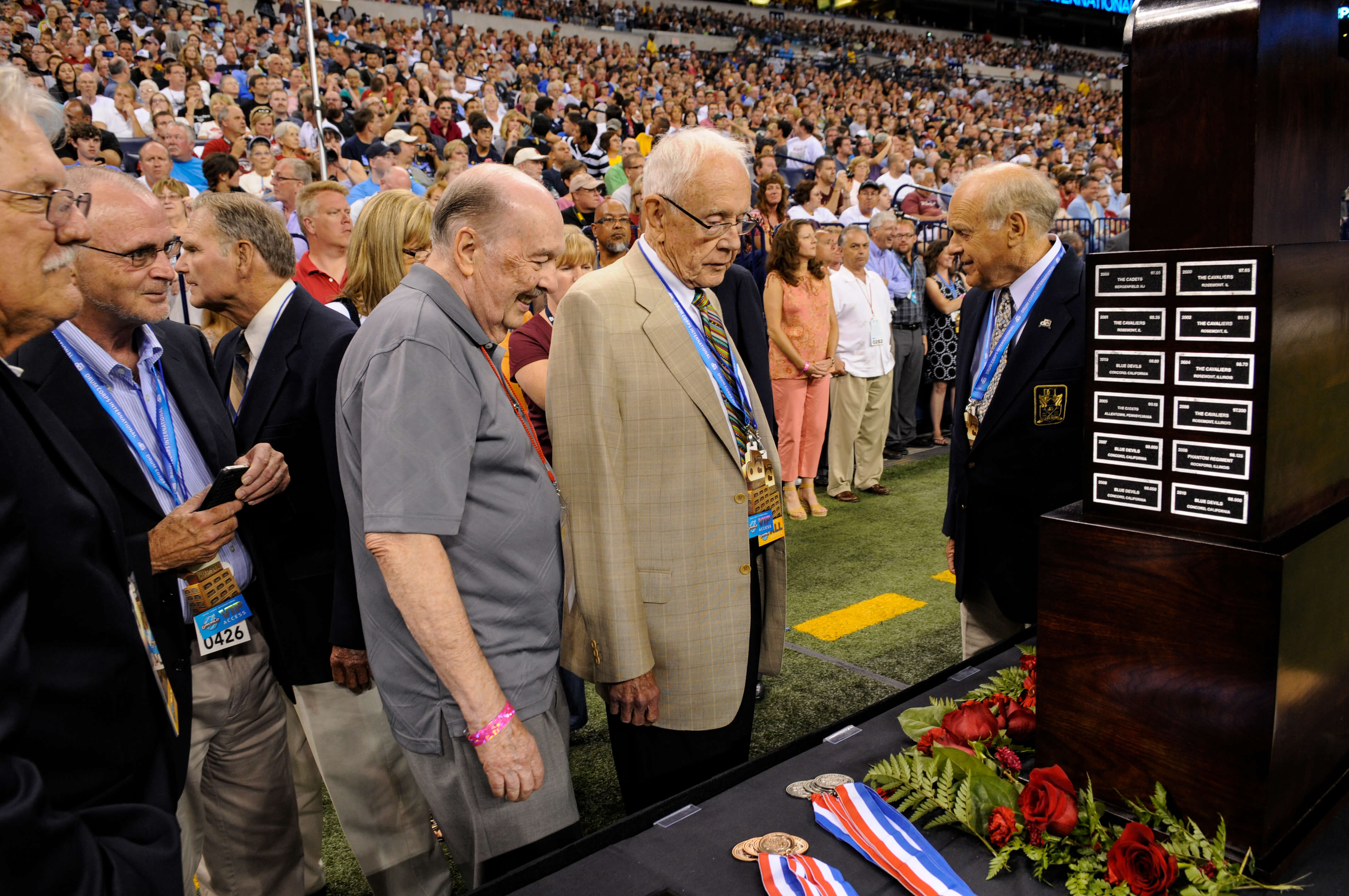 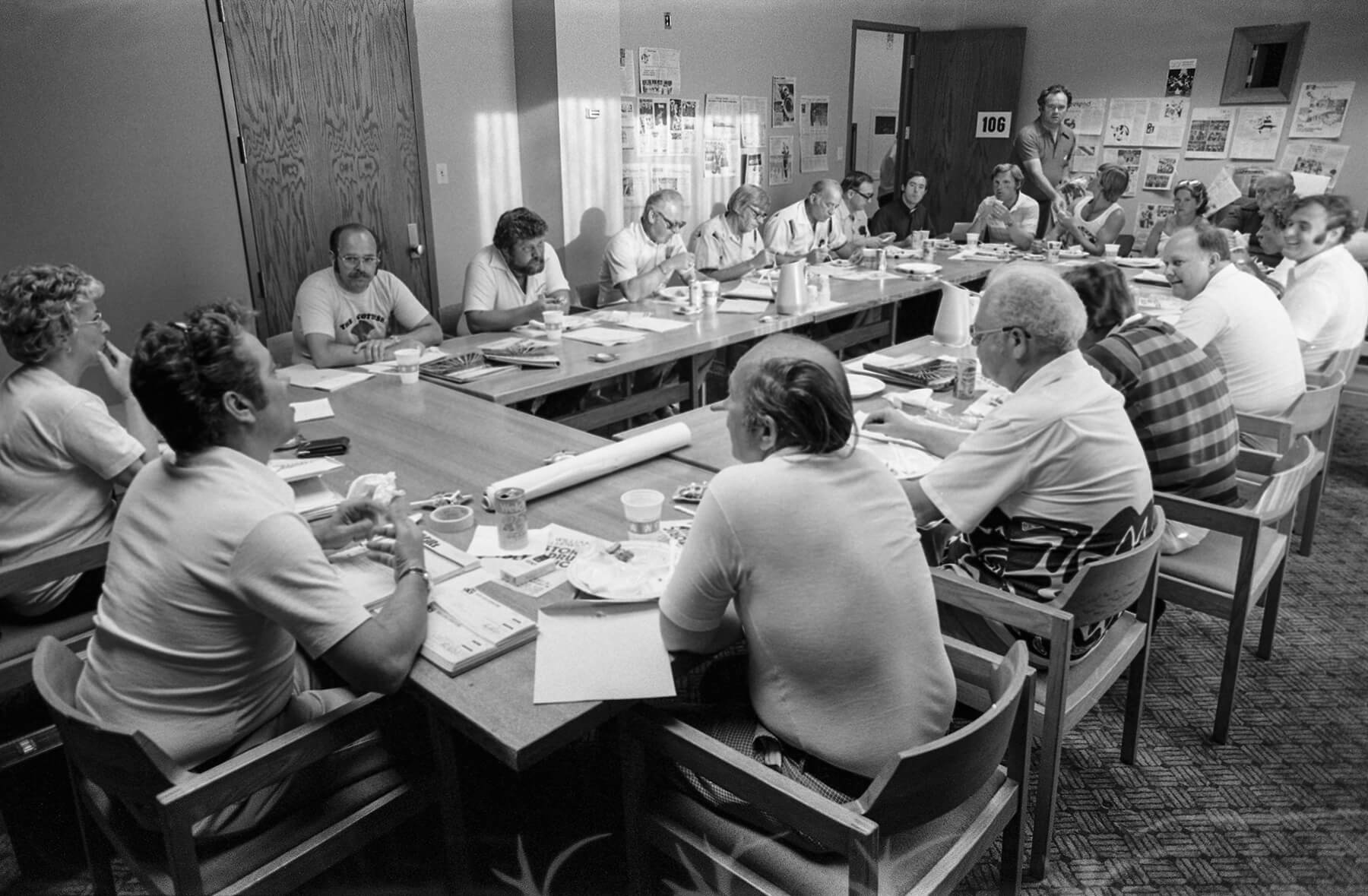 Donald W. Warren, founder of the Cavaliers Drum & Bugle Corps and a founding director of Drum Corps International, passed away Sunday, May 19 in Arizona. He was 90 years old.

Warren is said to have been introduced to drum corps during a Boy Scout jamboree at Chicago's Soldier Field in 1946. After watching the Racine Scouts perform, he eventually convinced his own troops to pick up instruments.

"They were getting tired of tying knots," Warren wryly said of his troop's early enthusiasm for forming a corps. Boy Scout Troop 111 played its first notes in 1948. At the time, 20-year-old scout leader Warren was barely older than most of his charges.

Commonly seen chomping on an unlit cigar, Warren, who is a charter member of the DCI Hall of Fame, went on to lead the Cavaliers organization for 60 years, earning 11 National Championship titles and numerous other awards and accolades. Never a full-time corps director, he enjoyed a successful career as a commercial insurance broker in the Chicagoland area.

A driving force behind the creation of Drum Corps International, in 1970, Warren co-founded the Midwest Combine, comprised of The Cavaliers, Madison Scouts, Blue Stars, Santa Clara Vanguard, and the Troopers. Those five corps stuck together as a single entity, taking charge of setting rules, hiring judges, promoting events, and overall controlling their own destiny within the drum and bugle corps activity. Combining with the eastern-based United Organization of Junior Corps led to the founding of Drum Corps International in 1972.

“Not content to stay within the restrictions of sponsoring organizations, Don worked with corps managers from around the country to organize what became DCI,” 1993 DCI Hall of Fame inductee Gene Monterastelli said. “His unique understanding of the problems of relying on the VFW & American Legion for direction helped in the new organizational structure of DCI. He was respected and admired by his peers for the business sense and love for our activity he brought to bear.”

Perhaps engrained since his earliest days as a scoutmaster, always at the heart of Warren’s involvement in the drum corps arena were the corps members he affected, directly and indirectly, over so many years.

“Books could be written about the positive life shaping contribution this man has made to literally thousands of young men,” said DCI Hall of Fame member Larry McCormick, who was a Cavaliers member and instructor from 1953-1971. “He was a leader and role model, a team builder and purpose-driven strategist. He set boundaries and demonstrated integrity and loyalty, recognizing talent, delegating authority, and supporting his team members. He was relentless in setting goals and achieving them through perseverance.”

Paul Milano marched as a member of The Cavaliers in the early 1970s. He observed the same qualities as did McCormick.

“Don Warren mastered the role of ‘second father’ for many of us,” Milano said. “Like the best of fathers, he helped you understand and appreciate that there were rules in life that needed to be followed for your benefit and for the benefit of the greater good. Don Warren was father, friend, teacher, and teammate. He was a one of a kind, the original Cavalier!”

We are deeply saddened to announce the passing of our founder, Don Warren. We remain eternally grateful for his commitment to the marching arts and the opportunities he created for hundreds of young performers. #SPLOOIE 🌈⚙️💚https://t.co/wbMwOq9YjC

Even after Warren turned over control of the day-to-day operations of The Cavaliers to others, his presence lived on even amongst the most recent generations of Cavaliers members.

“Don Warren always had this aura about him,” said 2002 Cavaliers drum major Brandon Barrometti. “Whenever he was around the corps, even in recent years, he always drew a crowd. I think most of us just wanted to hear him tell stories or say something about the ‘old days.’ It always served as a reminder to me that we were a part of something much larger than ourselves.”

Fellow 2015-16 Cavaliers drum major Austin Baker echoed Barrometti’s sentiments. “Don Warren was a legend to us members of the 2010s,” he said. “We thought of him as a hilarious, charming version of The Godfather. He would occasionally grace us with an appearance during early audition camps, shuffling from each section’s rehearsal in his Cavalier cardigan and gleaming with pride at the caliber of talent that was beyond anything he originally dreamed. He always made sure to stop and ask the youngest marchers if they were having a positive experience.

“The best moments were when we would circle up and sit to listen to his inspiring stories of hilarious Cavalier antics and glorious triumphs. Don would end his speeches by declaring, with his classic mischievous smile, ‘Just do me one favor; win me one more damn ring before I bite the dust!’ followed by a reach for his coveted cigar to chew on.”

Warren is preceded in death by his wife of 62 years, Jannette, and survived by several children and numerous grandchildren. Services are pending.