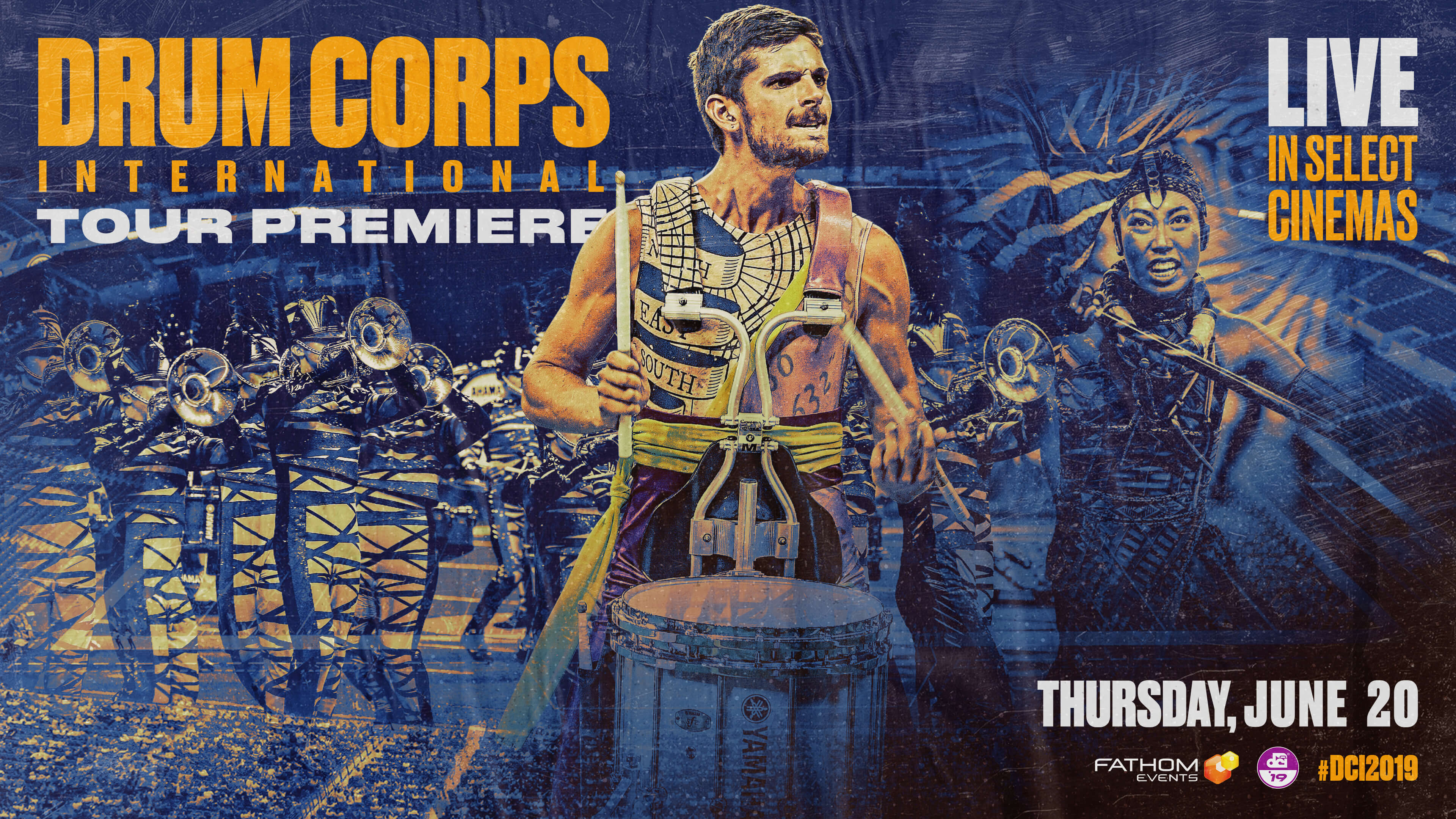 The 2019 DCI Tour will kick off in movie theaters nationwide this June.

Drum Corps International will march its way back onto the big screen this summer for the live broadcast of "Drum Corps at the Cinema: DCI Tour Premiere.”

Marking the season-opening competitive performances of the 2019 DCI Tour, the event will be broadcast live to hundreds of U.S. movie theaters on Thursday, June 20, through Fathom Events’ Digital Broadcast Network.

Find a movie theater near you

Tickets can be purchased online via FathomEvents.com or participating theater box offices.

The DCI Tour Premiere will be the first of two 2019 DCI events on the big screen this summer. “Big, Loud & Live,” featuring the top-15 corps at the DCI World Championship Prelims will also be seen in select movie theaters across the country on Thursday, August 8.