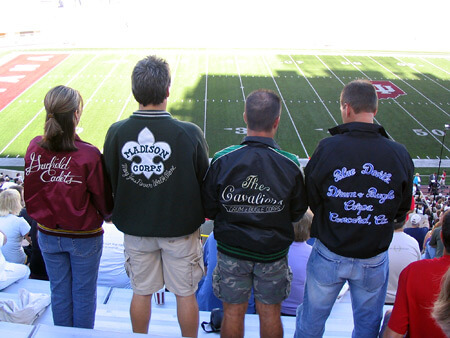 I thought I would share a photo of mine from this year's World Championship Finals in Bloomington. The four of us with diverse drum corps backgrounds are from Fort Wayne, Ind. and travel to the Finals together each year. There are four World Championship titles among us (*):