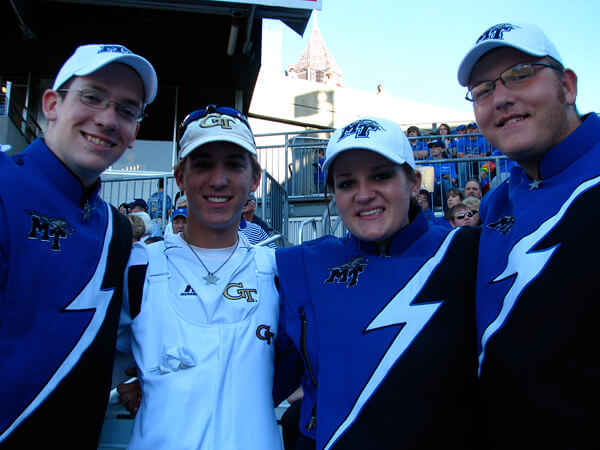 A few Music City vets posed for this photo during the third quarter of the Middle Tennessee-Georgia Tech football game this year. A fun time was had by all, even though the action on the field was much more intense. From left to right are Sam M., Thomas B., Allie, D. and Jack B.