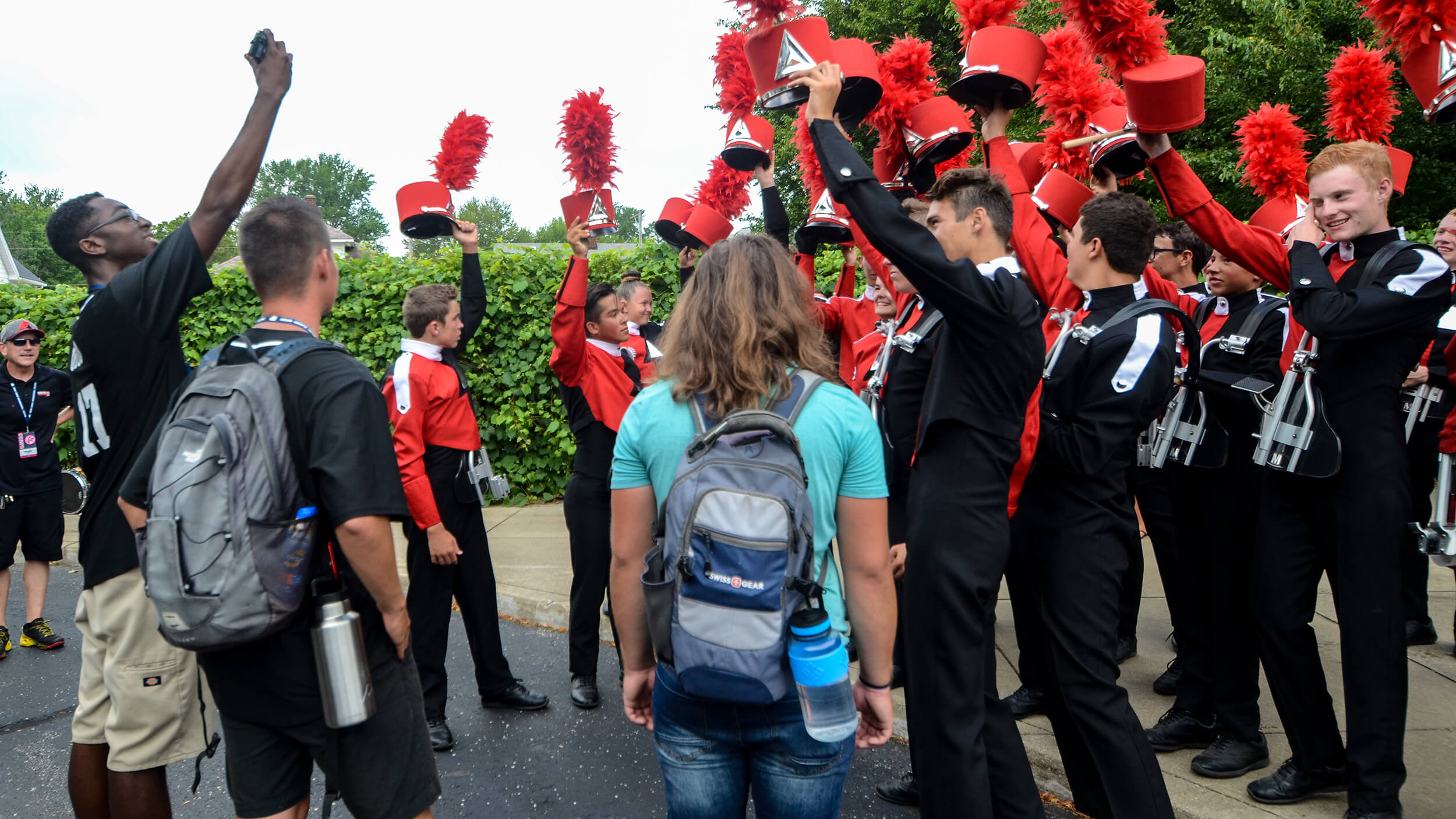 The doors at Colt Cadets are wide open.

The Open Class arm of the Colts organization has been in place since the late 1960s, and continues to pride itself on its widespread inclusion; truly anyone with interest in the drum corps activity can take part in a summer with the ensemble.

Megan Hobbs, the corps’ membership coordinator, described the Colt Cadets as an “access point to the activity.” Based on the aforementioned values that drive the organization, that’s about as accurate a moniker as could be.

Hobbs estimated about half of the Colt Cadets’ membership qualifies as beginners at their respective instruments.

“We have a commitment to a beginner, at any stage, even if they want to switch instruments and try something new,” she said. “If we have a percussionist who comes in and wants to try a brass instrument, we have the tools to facilitate them and make them successful and set them up for success.”

With a rather wide range of members’ ability levels, the goal for Colt Cadets’ leadership is to make the summer experience both memorable and challenging for each member regardless of performance background.

“The staff is really passionate about being able to provide a challenge for every single student,” Hobbs said. “So, the beginner student is there learning how to do it, and being successful in the same environment that a more advanced student who is also facing challenges and finding their own success. Being able to combine all that together into one product is something that’s really exciting for us, and especially as teachers and educators. It’s a fun process to watch.”

The endgame, though, is to set up the various individuals who come through Colt Cadets’ doors for whatever they hope to achieve beyond their days with the corps, whether it’s elsewhere in the activity or otherwise.

Colt Cadets sent what Hobbs described as a “large push” of members from its 2018 ensemble to perform at the World Class level with the Colts for the upcoming summer.

“We help educate those kids to make sure that they can be successful not only in life but in drum corps as well, and moving on, that’s the thing,” Eaton added. “We help get the kids to where they want to go. And if that’s a World Class drum corps, that’s what we’re going to help them do.”

With that in mind, this year’s edition of Colt Cadets is, as expected, rife with newcomers. Most of the 2019 group comes from the general area surrounding Dubuque, Iowa, but Eaton mentioned that the corps has had members hailing from Arizona, Florida, and even The Netherlands.

As far as what they’ll be performing this year, Colt Cadets is keeping its show details under wraps for the time being, but Eaton mentioned a few enticing bits of information about what to expect, describing the 2019 program as, in his mind, “jammin’.”

Eaton said to expect recognizable pieces of music from this summer’s show, and added that, at its core, the production will be “very entertaining” for audiences when it debuts June 22 in Madison, Wisconsin.

“[The corps members] are going to have a good time, and they’re going to learn something while they’re doing it whether they know it or not,” he said. “That’s the best part about these programs.”