From a Colts press release: Great music from the worlds of the symphony hall, Broadway stage and cinema screen converge to create "Equinox," the Colts' adventure through seasons of snow, ice and starry nights. In what promises to be their most exciting production to date, the corps takes the 2007 audience on a wild ride filled with color and emotion. Nature's kaleidoscope holds the key to the show's vivid hues and high energy, from the deep intrigue of Bartok's angular rhythms, to the melodic grandeur of Andrew Lloyd Webber. 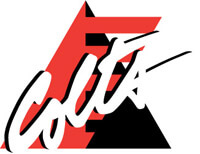 Joyous and bittersweet, the power, intellect, and passion of the Equinox are captured in an instant. www.colts.org