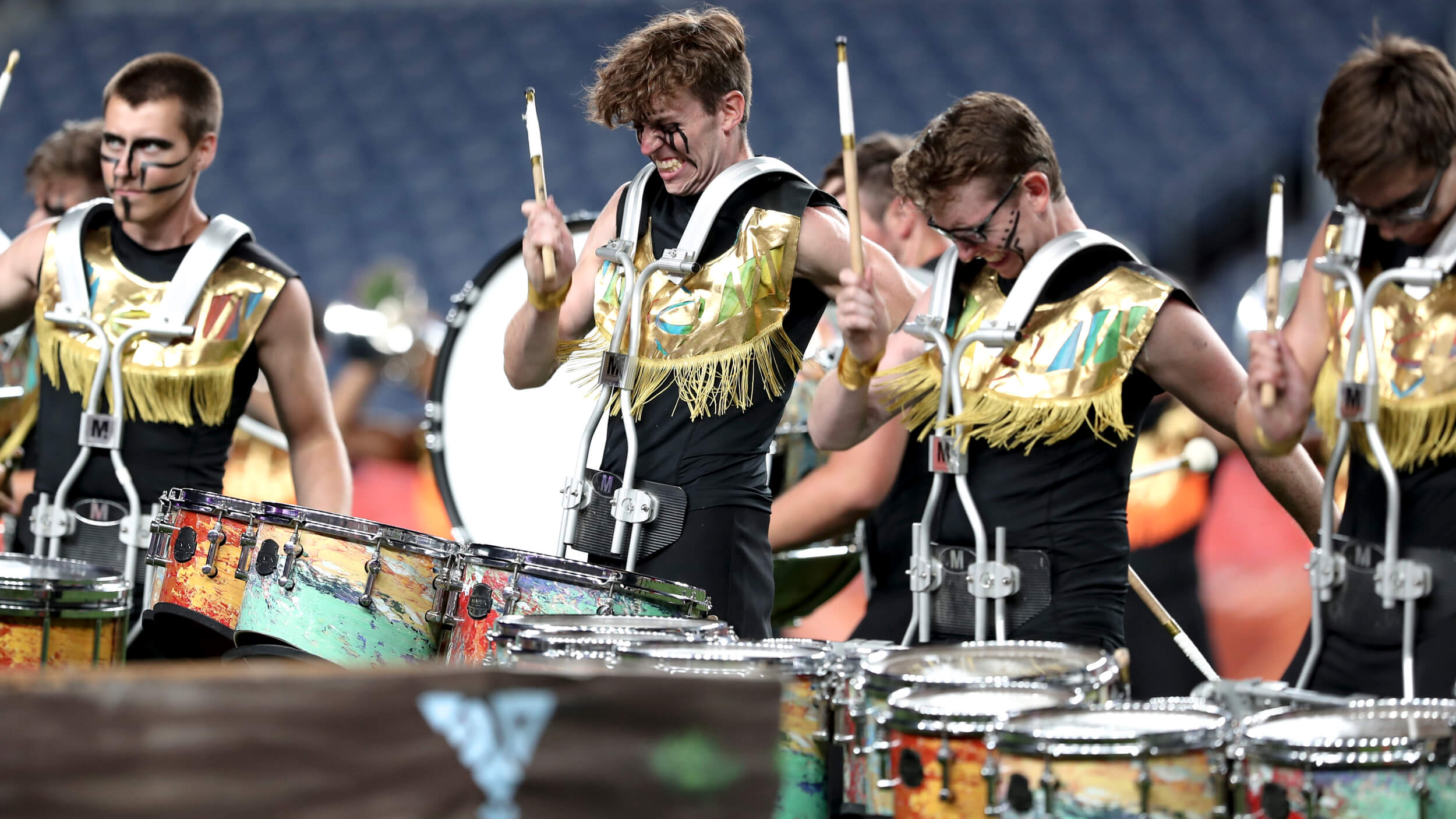 Columbians perform for the final time in 2019, Saturday, July 13 in Denver. Photo by: Drum Corps International

Cole Lobdell tried to soak it all in. Like he has for the last five seasons, the drum major stood on his podium and conducted the Columbians. The rain and lightning around Denver that postponed the show and forced 10 corps to do a standstill performance didn’t seem to matter.

That was the culmination of Lodell’s drum corps career. His corps wasn’t marching around. They instead played a cut-down version of the show they’d worked tirelessly to perfect.

But he was still conducting — still doing what he loved — able to look out at the Denver crowd after the show and take in one of his last drum corps moments.

“To finally get that last moment with everyone on the field was fantastic,” he said. “The crowd reception was something that I couldn’t have dreamed of. It’s been the culmination of months and months of rehearsal and practice.” 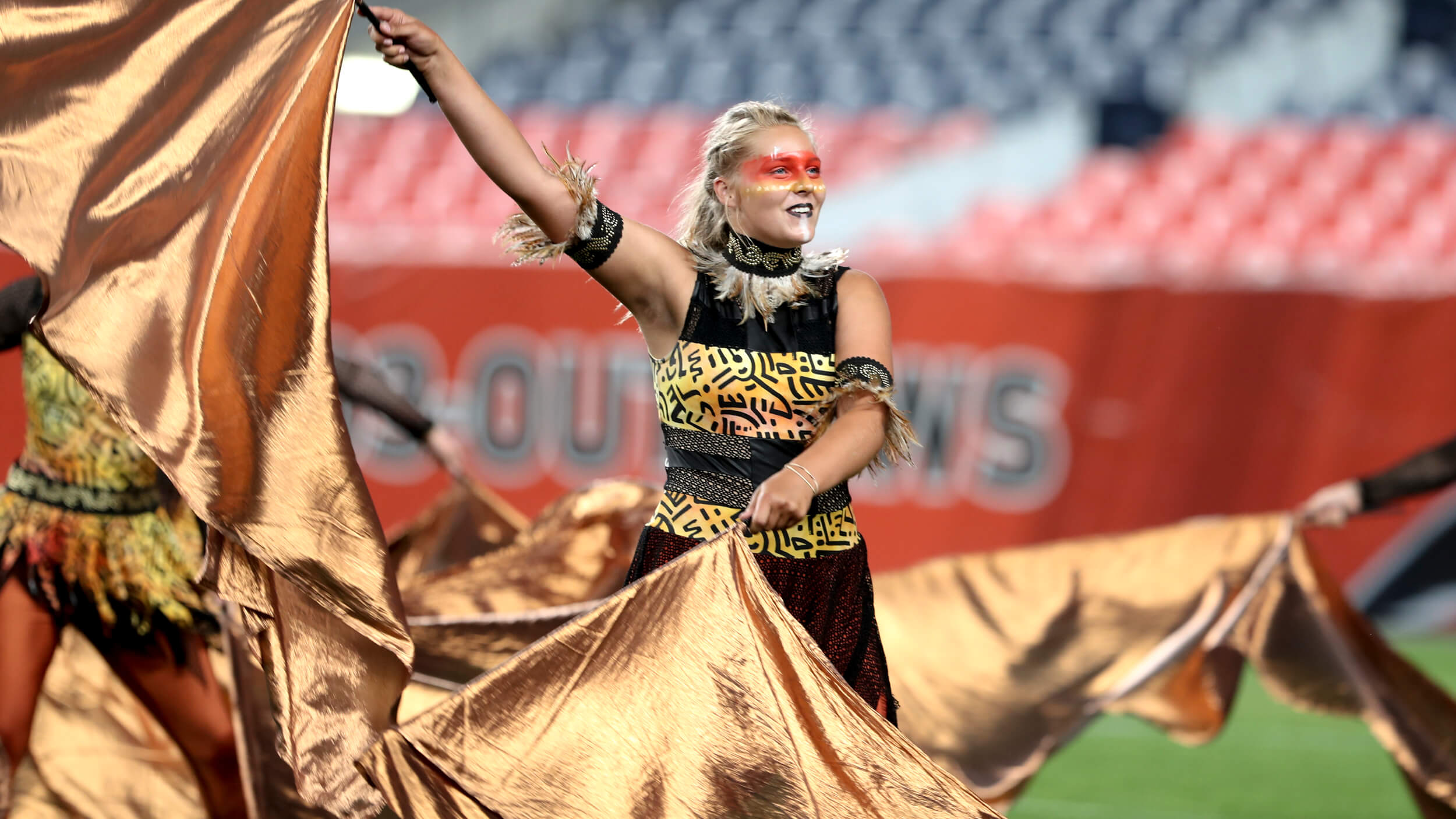 Columbians perform on the field of Broncos Stadium at Mile High, Saturday, July 13, in Denver.

After six shows over a week and a half, Saturday was the finale of Columbians’ season. Because the rained out Denver show wasn’t adjudicated, their highest score of 56.650 points comes from the Ogden, Utah show, more than a three-point jump from their first show on July 5 in Camas, Washington.

After six shows over a week and a half, Saturday was the finale of Columbians’ season.

Lobdell is confident that number — and success in many other forms for the organization, beyond just that which happens on the field — will only continue to soar in years to come.

“The corps this year is bigger, better, smarter and an all around good crew,” he said. “I think you’ll continue to see growth and development in the Columbians in years to come. This is not the end of the beginning.” 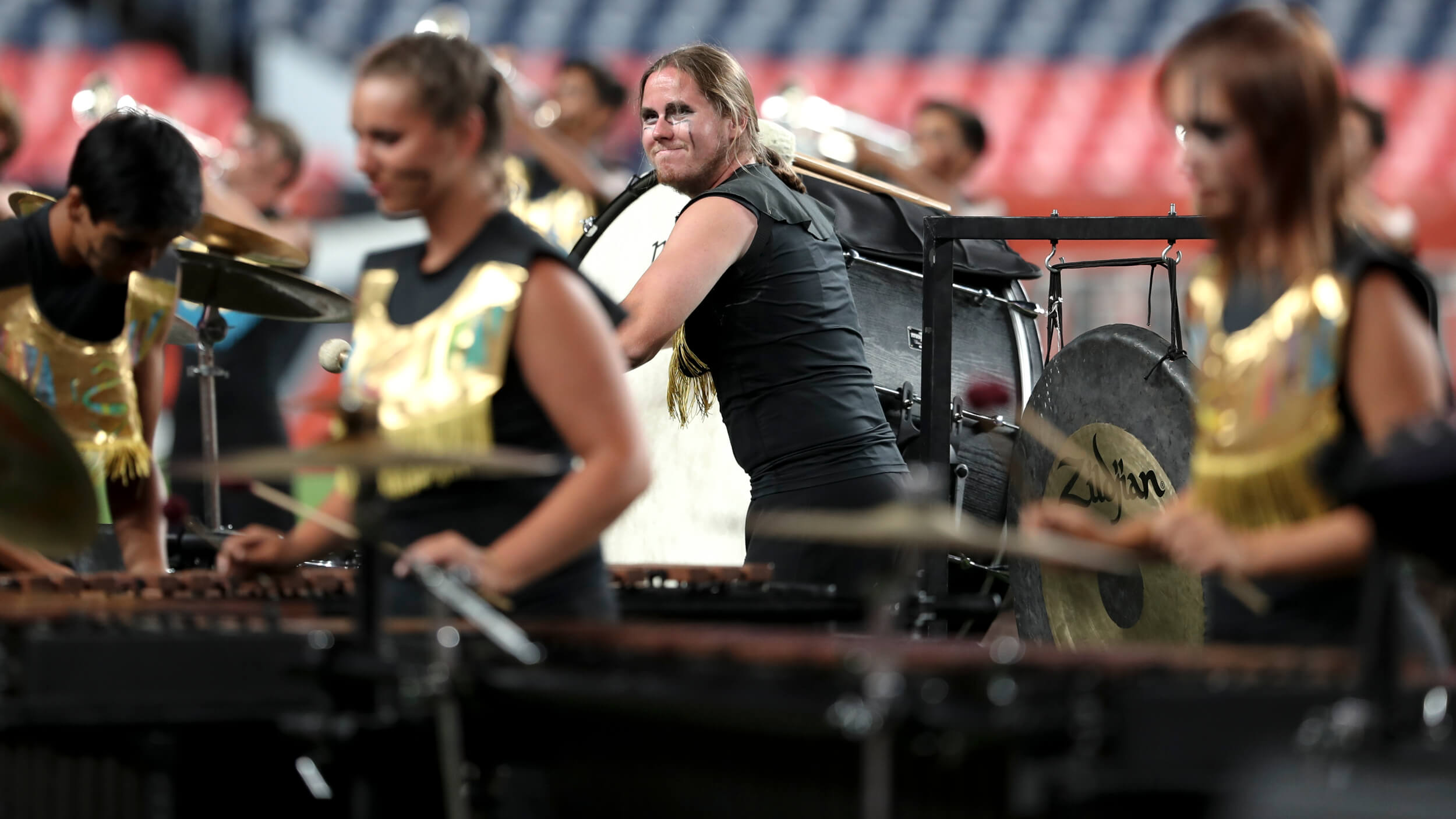 Columbians perform on the field of Broncos Stadium at Mile High, Saturday, July 13, in Denver.

This season, Columbians performed their 2019 production, “Origins,” a show that explores tribal history and pulls the curtain back on an unfamiliar past.

Even though Columbians only performs a comparatively short season, the Pasco, Washington corps is still dedicated to perfecting their production, even if that means making big changes and improvements in a very short amount of time.

“It’s been an interesting year,” Lobdell said. “Us as a corps, we’ve gotten a lot better and made a lot of changes to our show throughout the tour. Even though our tour is only a week and a half long, to improve it as much as we have really shows what the Columbians are and what we’re about.”