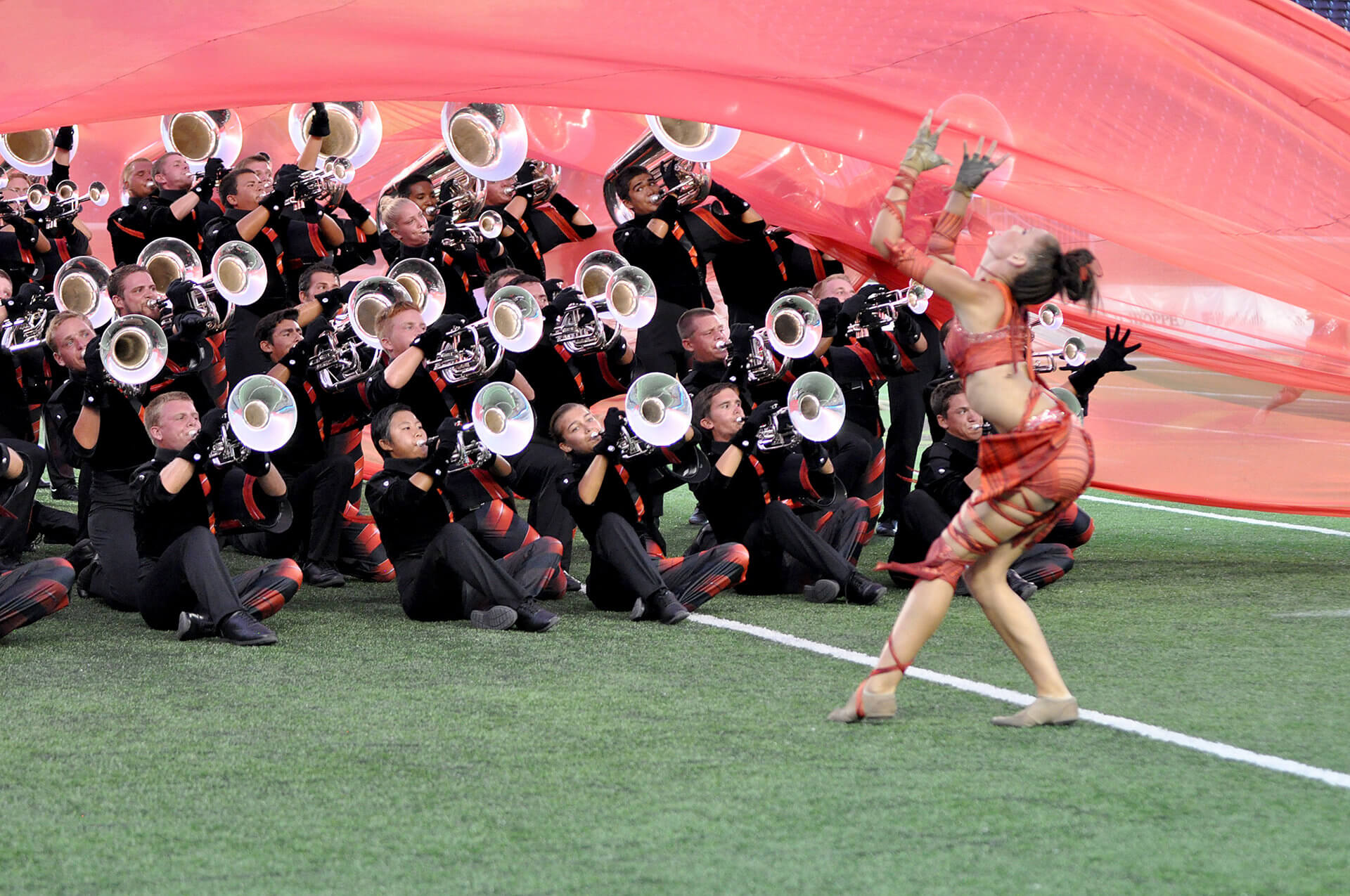 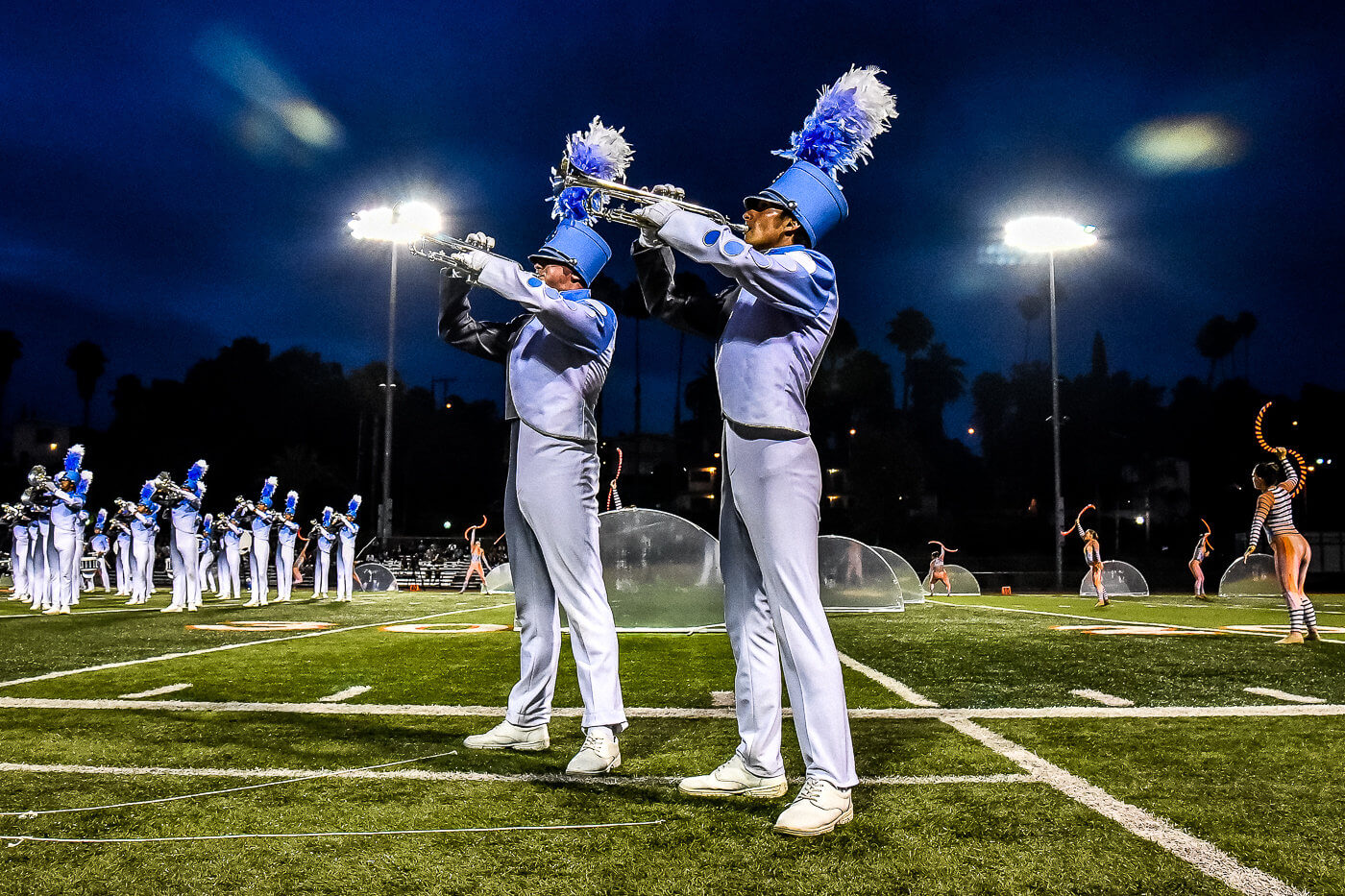 The Blue Knights are on pace for one of their strongest seasons ever.

Snapping a streak: In a season where it seems like anyone has a chance to win on any given night, the Blue Devils finally saw their undefeated streak snapped when the Cadets pulled ahead on Saturday night in Minneapolis by a tenth of a point. It was the Blue Devils’ first loss since the World Championship Finals in 2013. They got their revenge the next night, however, when they topped the Cadets in DeKalb, Illinois, by 0.15 points.

24-hour free-for-all: The 24 hours between Saturday night’s shows and Sunday night’s competitions were some of the wildest in recent DCI history, with many top corps swapping positions. The aforementioned Cadets and Blue Devils swapped places at the top, while Carolina Crown and Santa Clara Vanguard traded places right below them, with Vanguard taking third on Saturday and Crown passing them on Sunday. Right below those two, Phantom Regiment passed the Cavaliers for the first time since June 27, 2014. In a testament to how tight this year’s competition is, every single one of those rivalries was decided by less than half a point on Sunday.

Tour of Champions begins: Those six corps were joined by the Boston Crusaders in DeKalb for the first Tour of Champions series event of the 2015 season. The series begins in earnest this week, with shows in Warrensburg, Missouri on Monday and Houston on Friday. The Bluecoats will enter the fray on Monday, while the Crossmen will make their sole TOC appearance on Friday. With so many changes on Sunday, it’s anyone’s guess who will come out the victor.

Rocky Mountain High Scores: The Bluecoats make their way to Monday’s event in Warrensburg from the Rockies, where they made a jaunt last week. Their scores kept pace with the Blue Devils and the Cadets at the top of the leaderboard. High scores from the Denver event, coupled with lower scores across the board in Minneapolis, created an interesting order of performance for Saturday’s lineup in San Antonio, particularly for corps like the Troopers, Colts and Academy.

But the big story out of the Rockies may be the Blue Knights. The Denver corps nearly experienced its best season since 2006 last year, falling behind Phantom Regiment on Finals night by mere tenths. This year, the Blue Knights have come out hot, setting a pace that currently has them in sixth, which would tie their best season ever. BK is taking the Western route to San Antonio, and will gradually begin to meet up with Eastern corps for the first time this week.

“B” corps get an “A+”: The Vanguard Cadets and Blue Devils B continue to push each other, with Vanguard Cadets regaining the upper hand this week with several wins, including the SoCal Classic Open Class Championship. Both corps are posting scores that would put them ahead of several World Class corps, and both are surely eyeing a spot in the World Championship Semifinals in Indianapolis this August--but more importantly, both are staking very strong claims to the Open Class Championship.

Legends’ perfect 10th: The cream of the Open Class crop in the Midwest is the members of Legends, who are celebrating their 10th anniversary this year. The third Open Class corps to break 60 points this year, Legends is positioning itself for a medal at the Open Class Championship, which would be a huge step forward for this Michigan corps that has never finished a season higher than 7th in its short history.

The Crossmen, Academy, and Colts had the next three highest average scores of the week.

Stepping up to the plate: Another two Open Class corps will make their debuts this week: Guardians (July 16, Denton, TX) and Les Stentors (July 18, Manchester, NH) 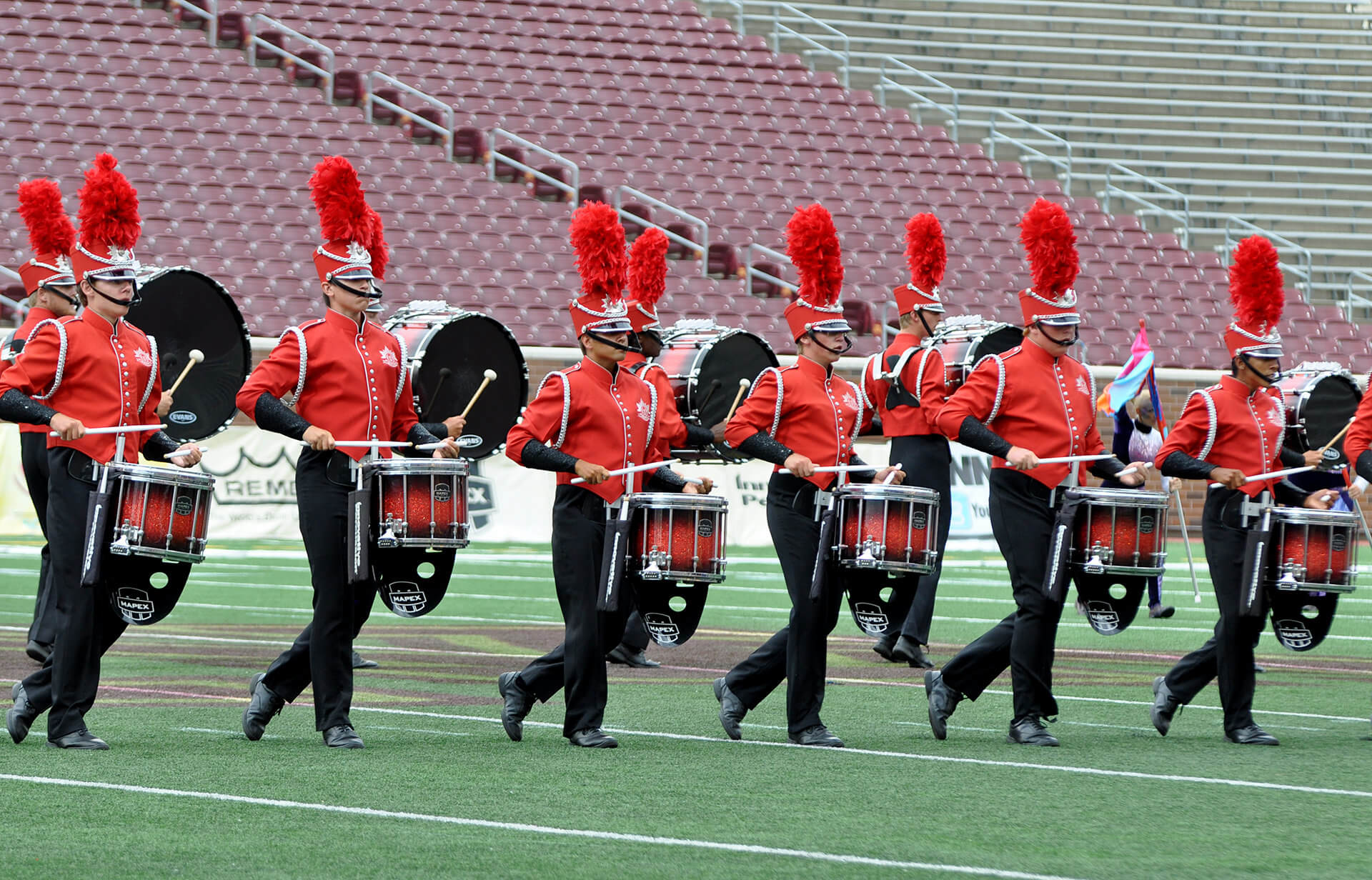 Music City will attempt to gain ground on Legends on Tuesday in Bentonville, Arkansas.