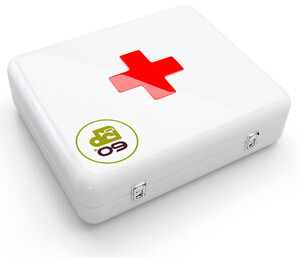 The Glassmen will unfortunately join the ranks of corps that have performers "under the weather" tonight, as some members were recently diagnosed with an upper respiratory illness. The corps has chosen to sit out from this evening's DCI Southern Mississippi event in Hattiesburg, Miss. to give performers a chance to recover.

The Mandarins also had to miss a show yesterday in Monroe, La., because of illness, and they were preceded by Carolina Crown, who missed out on the Ft. Walton Beach event when their members took ill a couple weeks ago. In most instances, affected corps members were sick for about 48 hours and were then able to get back to their rigorous rehearsal and performance schedules.

With a flu pandemic identified this spring that was covered extensively by worldwide media, the health of corps members has been especially under the microscope this summer. Many corps have reported illnesses to different degrees, but as Glassmen executive director Brian Hickman explained, having sick corps members on tour is not something out of the ordinary.

"We deal with sick kids every summer," Hickman said. "And we do the best we can as drum corps to take care of them, get them the medication that they need, and do all the right things to take preventative measures."

The Cadets had several members ill with a stomach virus a few weeks ago, but according to director George Hopkins, "This has been the least 'sick' our members have been on any tour I can remember in recent history."

Individuals from the Drum Corps Medical Project (DCMP), a collaboration of doctors and medical personnel formed several years ago to focus on health and wellness in the drum corps activity, have been working with corps to contain the spread of illnesses within and between the participating groups.

Dr. Craig Bales, a physician who travels with the Cavaliers and heads the DCMP, says corps members are extremely resilient.

"Yes any sickness is bad news, but we have a bunch of healthy kids here—these are athletes. These are people who are not likely to get really sick," he said. "All of the corps I've talked to, everybody seems to be sick for 48 hours, and then they're right back to their normal corps activities. That time out for them is a little kick in the bucket."

Bales and his team have been in frequent contact with the corps with "best practices" for members and staff to follow to stay healthy, stressing the importance of washing hands well and often, staying away from sick members and other corps and avoiding sharing personal items.

"Don't share water jugs, don't share towels, eating utensils, clothing … that's how viruses are spread." he said. "Anything that touches you that then touches me can give me whatever you've got."

Hickman explained that the Glassmen have been keyed in on these practices for many years now.

"Today we are light-years ahead of where we used to be. We're all super sensitive now and that's a good thing," said Hickman. "In terms of trying to keep the buses clean, we keep everything disinfected – even down to the filters on the buses' air conditioning units. The kids are required to clean before they get anywhere close to food. We have an antibacterial hand wash solution out at every meal, every time."

What the corps do to combat illness this year will no doubt pave the way for plans for the 2010 season. Dr. Bales is already recommending that everyone involved in the drum corps activity—staff and members—make it a point to get flu shots this fall as a preventative measure.

"The outlook right now for the 2009 Tour is that everything is going to be ok," said Hickman. "We've done our homework and are working to take every necessary measure to make sure that the world-class experience we provide for our corps members is not compromised in any way."